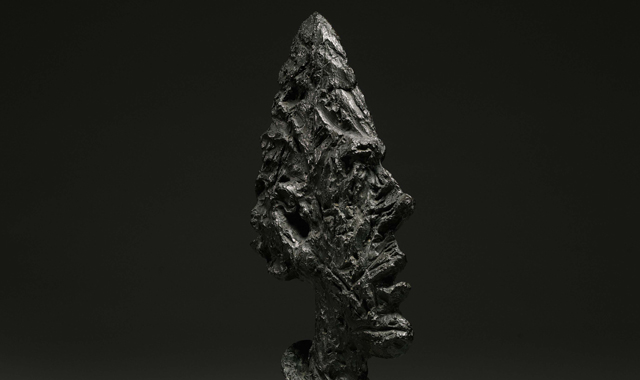 NEW YORK — Primed with fresh-to-market material and estimates more reasonable than those at Christie’s lackluster Tuesday night sale, Sotheby’s achieved an impressive and market-reassuring $290,244,000 with its Impressionist and Modern evening sale on Wednesday.

The tally came close to the high end of the $212.9-$307.9 million pre-sale estimate for the 64 works offered. Only 12 of those lots went unsold, for a trim buy-in rate by lot of 19 percent and eight percent by value. Forty-four of the 52 lots that sold made over a million dollars and of those, five hurdled the ten million dollar mark.

Tonight’s tally blew past the $163 million result of last November’s equivalent auction, and ranks as the second-highest result for the category in the company’s history — exceeded only by the $330.5 million made in May 2012, when a single work, Edvard Munch’s “Scream,” sold for a shade under $120 million.

The evening began with a group of fourteen avant-garde works from the early 20th century that were consigned by an anonymous private collector couple. The two assembled the trove between the late 1960’s and the mid-1970’s, according to Sotheby’s, principally through Alain Tarica of Galerie Tarica, Paris. Tarica notably advised super collectors Yves Saint Laurent and Pierre Bergé in what became a blockbuster single-owner auction in February 2009 in Paris.

Collectively, the works made $64.3 million against their combined pre-sale estimates of $65.4 million to $92.6 million, and four of the nine works set artist records.

But for many, the brightest star of the stellar group was Francis Picabia’s large-scaled and remarkably contemporary looking “Volucelle II” (circa 1922), comprised of floating colored balls set against boldly painted black and white stripes. It sold to a telephone bidder for a record $8,789,000 (est. $6 million-$8 million). Gabriel Catone of the New York art advisory firm Ruth Catone was the underbidder.

There was also action outside the avant-garde grouping as Alberto Giacometti’s magisterial bronze, the 25½-inch-high “Grande tête mince (Grande tête de Diego)” from a 1955 cast made the week’s highest price at $50,005,000 (est. $35 million-$50 million). The rarified bronze sold to New York’s Acquavella Galleries, which bid out of sight on the telephone through a Sotheby’s client services specialist. An executive at the gallery confirmed the purchase. Private dealer Stephane Connery, who waited almost to the end of the bidding war to enter the fray, was the underbidder to the winner on the telephone. Two other versions of the bronze edition of six from the Susse Fondeur foundry have sold at auction — one at Sotheby’s New York in May 2002 for $13,759,500, and another, from the estate of Mrs. Sidney Brody, at Christie’s New York in May 2010 for $53,282,500. The version at Wednesday’s sale had never before appeared at auction.

The 130-minute marathon auction kept getting better, as Sotheby’s cover lot, Pablo Picasso’s brightly hued “Tete de Femme” (1935), from his series focused on the radiant visage of his young muse and lover, Marie-Therese Walter — this time in a rather formal ¾ view —fetched a toppy $39,925,000 (est. $20 million-$30 million) and became the most expensive Picasso of the season.

A quieter Picasso, “Femme a la robe rose” (1917), with the seated model’s dress painted in a pale shade of terra cotta pink, brought $4,197,000 (est. $4-6 million). That painting last sold at Christie’s New York in May 2010 as part of the Michael Crichton collection for $4,562,500, so it was another quick return. The seller was lucky in that it found itself amid something of a buying frenzy.

Yet another Picasso oil painting, the late and humorously jaunty “Mousquetaire a la pipe” (1969), lavishly outfitted in a fire engine red swashbuckling costume, sold to international dealer David Nahmad for a whopping $30,965,000 (est. $12-18 million). At least half a dozen bidders chased the 77-by-51-inch canvas, including underbidder Jose Mugrabi. It came to market from a private collector who bought the painting in 1988 from the late and noted Beverly Hills dealer Paul Cantor. Perhaps more importantly, it had been included in the storied “Avignon, Palais des Papes, Pablo Picasso: 1969-1970” exhibition in 1970.

The Picasso results indicated in no uncertain terms the artist’s continued unassailable position in the blue chip marketplace.

Though the Sotheby’s sale was loaded with Modernist material, 19th century works also made an impression, like Paul Gauguin’s pre-Tahiti Brittany landscape “Petit Breton a l’oie” (1889), which brought $9,685,000 (est. $6 million-$8 million). It was made around the time that Gauguin wrote prophetically to his artist friend Odilon Redon, “I shall go to Tahiti and hopefully end my days there.”

Those vivid works preceded a cloistered group of eight mostly Impressionist, Plein Air paintings from the connoisseur collection of Christian Otto Zieseniss, a stockbroker and diplomat who died in 1938. The paintings were acquired prior to 1929.

“Wouldn’t you agree it had a better feel tonight?” said Nancy Whyte as she strode out of the salesroom with two of the more important buys of the evening. “I feel there’s a resistance to high estimates. People are savvy and it has to be the right estimate. That’s the mantra of the week.”

The evening action switches to the contemporary art arena on Monday at Phillips.

This entry was posted in Auctions and tagged Alberto Giacometti, Sotheby’s. Bookmark the permalink.