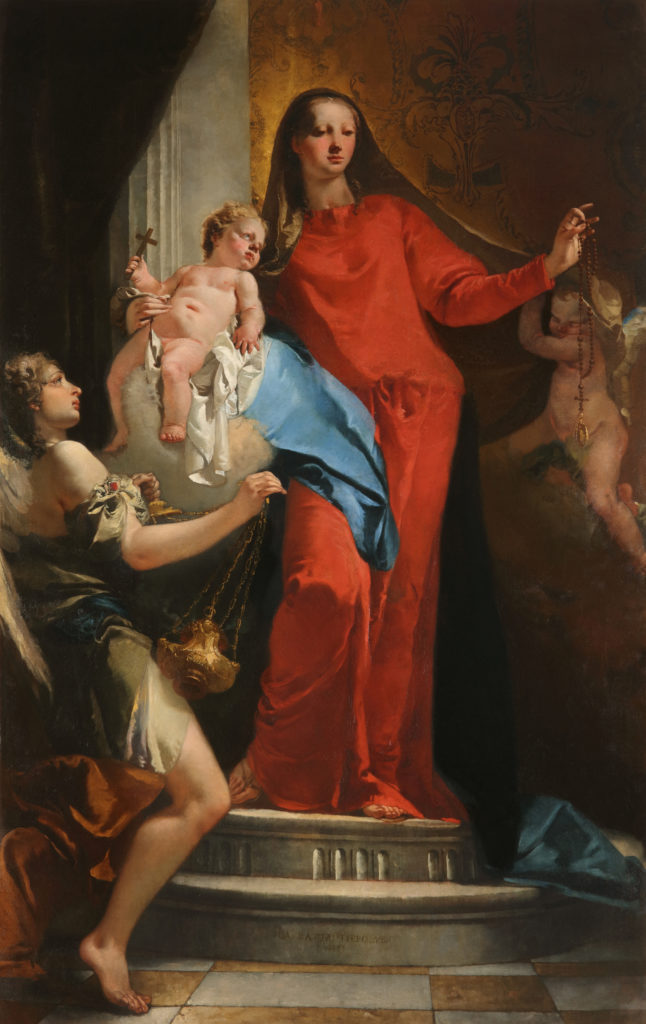 Giovanni Battista Tiepolo, Madonna of the Rosary With Angels.

A drawing by Mantegna also set an auction record for a work by the Renaissance master.

That was evident in the Old Master drawings morning session with Andrea Mantegna’s stunning and page-sized 15th-century work in pen and brown ink, The Triumph of Alexandria. The only surviving preparatory study for the artist’s famed series of nine monumental paintings, it sold to an anonymous telephone bidder for a record $11.7 million (against an unpublished estimate in excess of $12 million).

The drawing, depicting the triumphal procession of Julius Caesar and his army through Rome, was recently included in the National Gallery of London exhibition “Mantegna and Bellini” after being discovered and bought as an unattributed work for under $1,000 from a small German auction house. 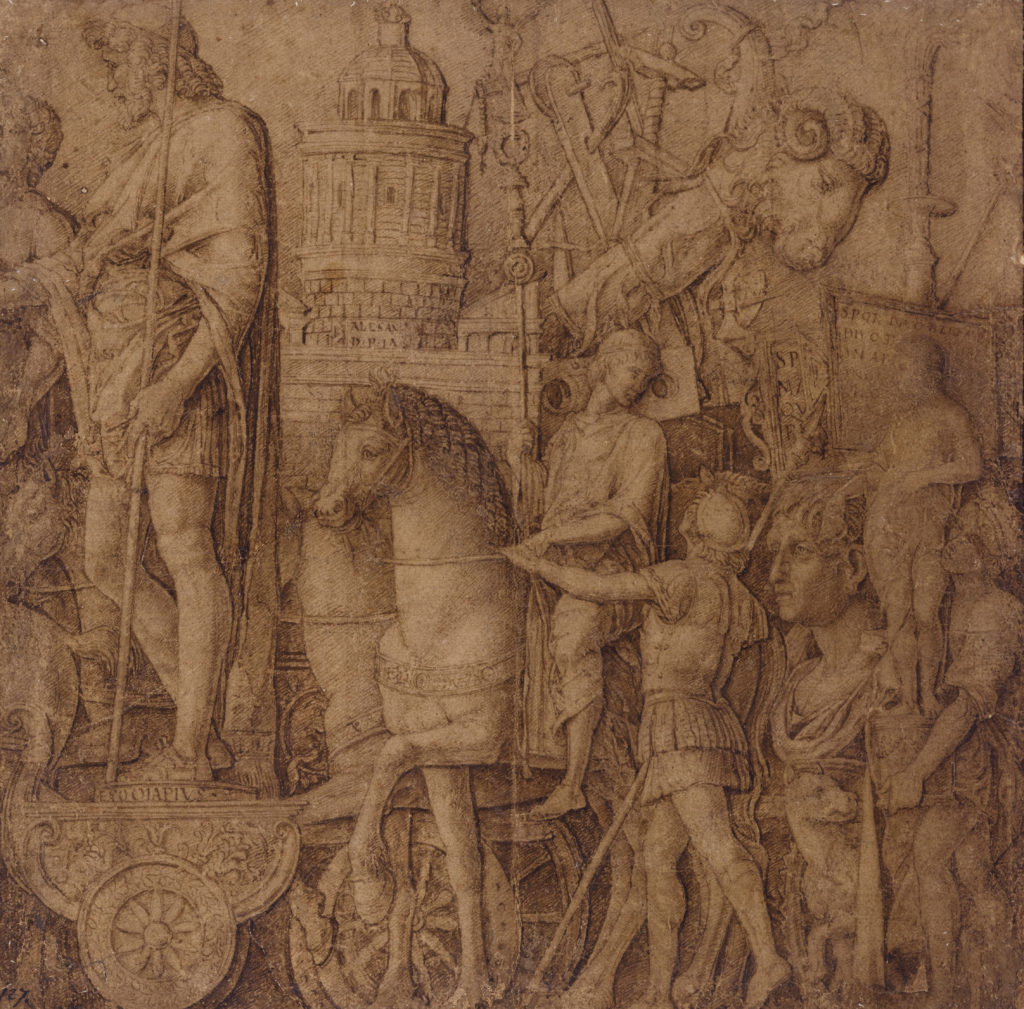 Andrea Mantegna, The Triumph of Alexandria.

The previous high for a Mantegna drawing was $560,972, set at the Italian auction house Farsettiarte in November 2013.

“The condition on it was not perfect,” said Gregory Rubenstein, the head of Sotheby’s Old Master drawings department. “But it’s 530 years old and it’s the rarest of the rare.” 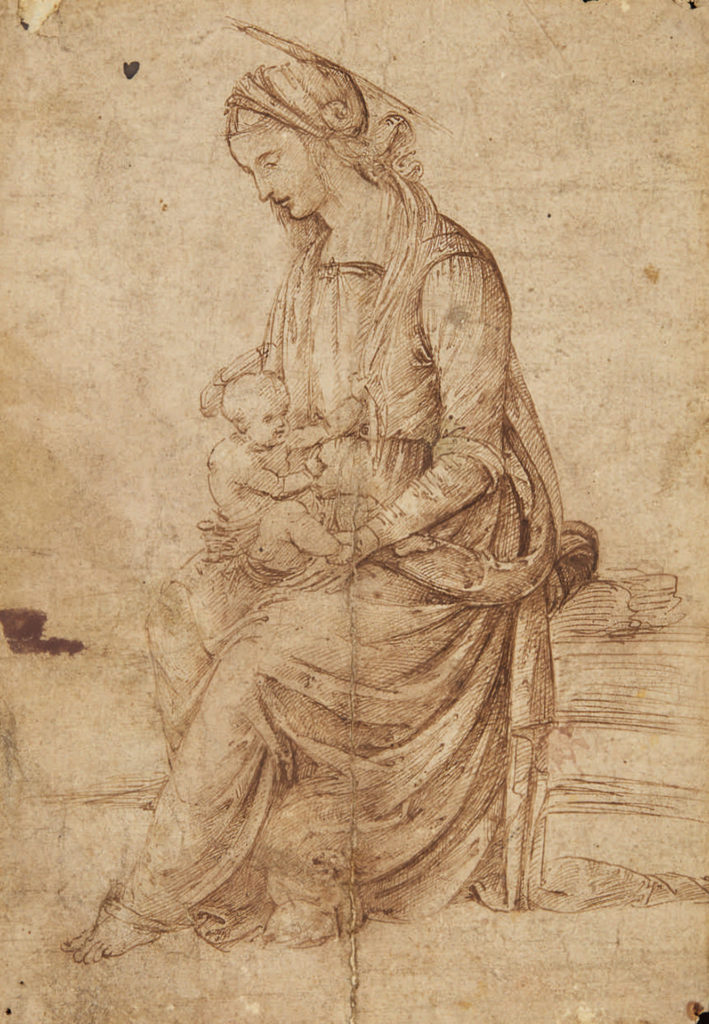 “Ten million for a 15th-century drawing?” observed London dealer Stephen Ongpin, referring to the hammer price. “They should be delighted!”

Another high was set with Bernardino di Betto di Biagio’s (called Pinturicchio) devotional pen-and-brown-ink drawing Madonna and Child. The tiny picture appeared at auction after being discovered by scholars and sold for $920,000 (against a $400,000 to $600,000 estimate) to the same telephone bidder who bought the Mantegna.

Though decidedly less well known, Mountainous Landscape With Travellers on a Rocky Path, an early 17th-century work by the Dutch Golden Age artist Roelandt Savery, sold for $212,500, busting its $40,000 to $60,000 estimate.

The drawings session, including fees, came in just above the low end of its $14.8 million to $16 million pre-sale estimate, snaring a top-heavy 27.8 percent buy-in rate by lot. The hammer total, a better gauge in measuring performance to estimates, was $12.8 million. 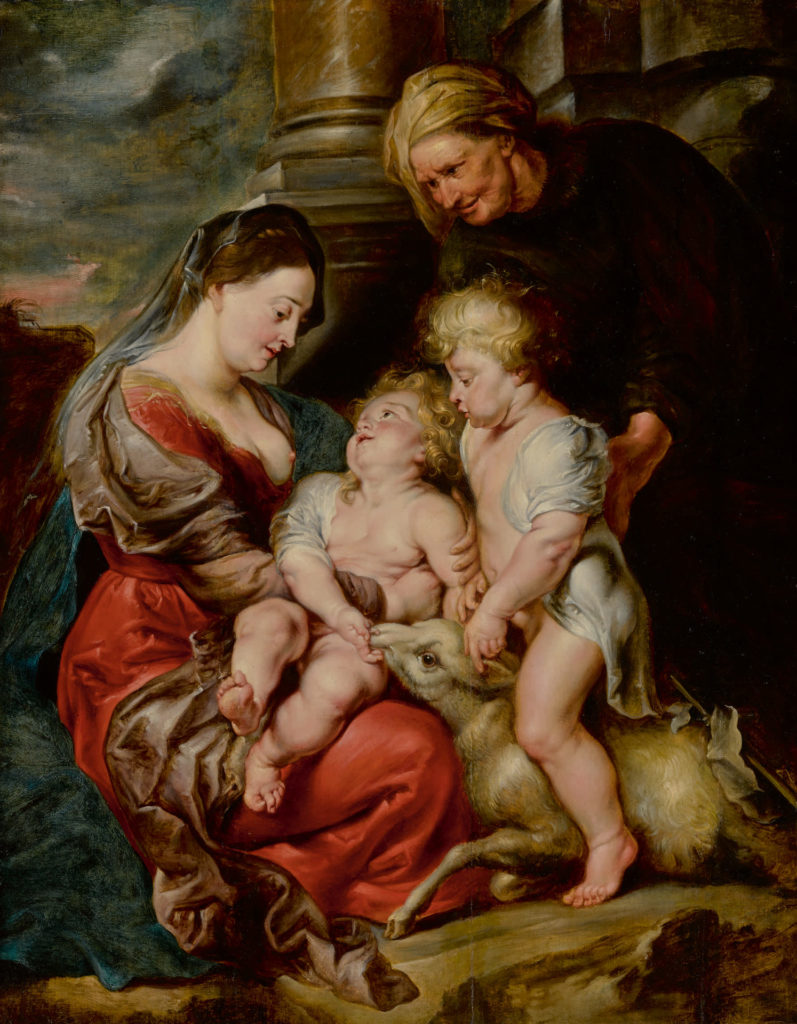 Peter Paul Rubens, The Virgin and Christ Child, With Saints Elizabeth and John the Baptist.

And Now for the Main Event…
That success rate improved somewhat in the evening’s Master Paintings sale, with a 25 percent buy-in rate by lot for the 51 works that sold.

The $61 million total, including fees, was the highest Old Masters sale tally in New York since 2012. The figure beat out last January’s $52.7 million result by more than 14 percent, and inched towards the high end of the $47.7 million to $61.8 million pre-sale estimate. The hammer total was $50.9 million.

A big chunk of that result came late in the evening when Giovanni Battista Tiepolo’s magnificently color-charged altarpiece, Madonna of the Rosary With Angels (1735), sold to an telephone bidder for a record $17.3 million (against an unpublished estimate in excess of $15 million).

The eight-foot-tall painting, which is signed and dated, was bought by its consignor for $1.9 million at Sotheby’s London in July 1989, at the height of that era’s art market boom.

Though rather conventional in the stellar oeuvre of the Flemish master Peter Paul Rubens, his Virgin and Christ Child, With Saints Elizabeth and John the Baptist (circa 1611–14) came to market as a recently rediscovered and previously unrecorded work, and sold to a telephone bidder for $7.1 million (its pre-sale estimate was between $6 million and $8 million).

The painting’s last outing at auction was at Sotheby’s London in June 1946, when it made £1,700. Since then, it has mostly been attributed as a workshop replica, and Sotheby’s specialist and former Old Master dealer Otto Naumann is credited with the research that elevated the work to autograph status.

A second Rubens, The Last Supper, en grisaille (circa 1630), sold to another telephone bidder for $2.3 million (it was estimated to go for between $1.5 million and $2 million). 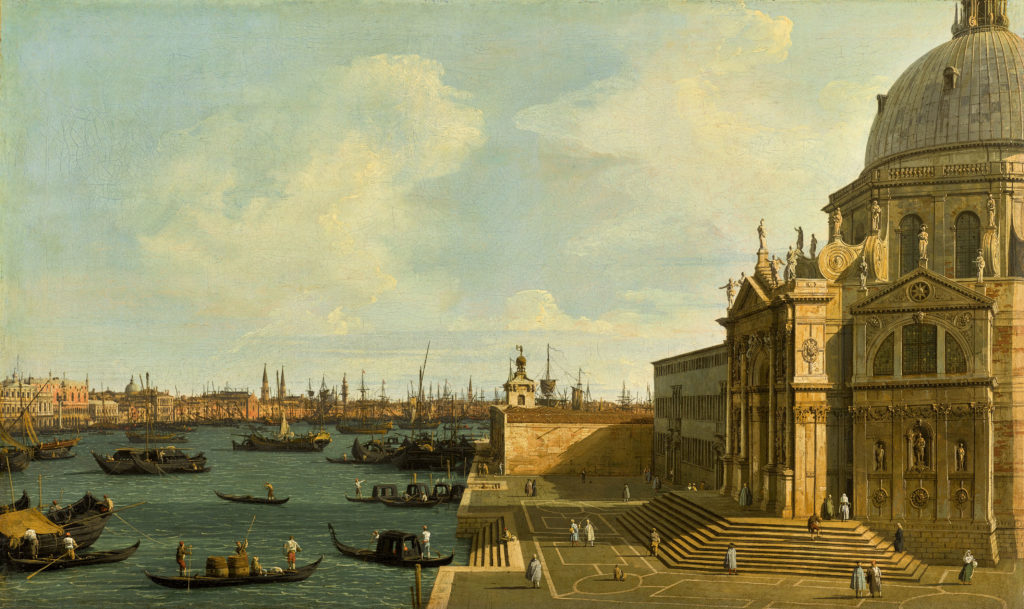 A weighty provenance enhanced the outcome of Canaletto’s Venice, A View of the Grand Canal Looking East With Santa Maria della Salute (circa 1740), which was deaccessioned by the Metropolitan Museum of Art in New York to benefit its acquisition fund. The was made $5.3 million against an estimate of $3 million to $5 million.

Though lacking the gloomy gravitas of his late work, the earliest known oil painting by Goya, an oil sketch from 1771 titled Hannibal the Conqueror Viewing Italy From the Alps for the First Time, triggered a bidding war and pulled in $1.8 million against an estimate of $600,000 to $800,000. It last sold at Sotheby’s New York in January 2000 for $497,500.

While big names dominated the top ten list of entries, a stunning picture depicting an illuminated manuscript (1615–25) by an anonymous Netherlandish artist shot to more than $1.6 million. It was estimated to fetch $700,000 to $900,000.

The ornate, practically photo-realist manuscript opens to reveal several richly illustrated pages, as if an invisible hand was flipping through. The single cited provenance for the work is an anonymous private 19th-century collection in France.

“In general, things with strong images, even off-beat images, performed well,” said Christopher Apostle, the head of the auction house’s Old Master paintings department in New York. “There seems to be a great appetite for earlier works.” 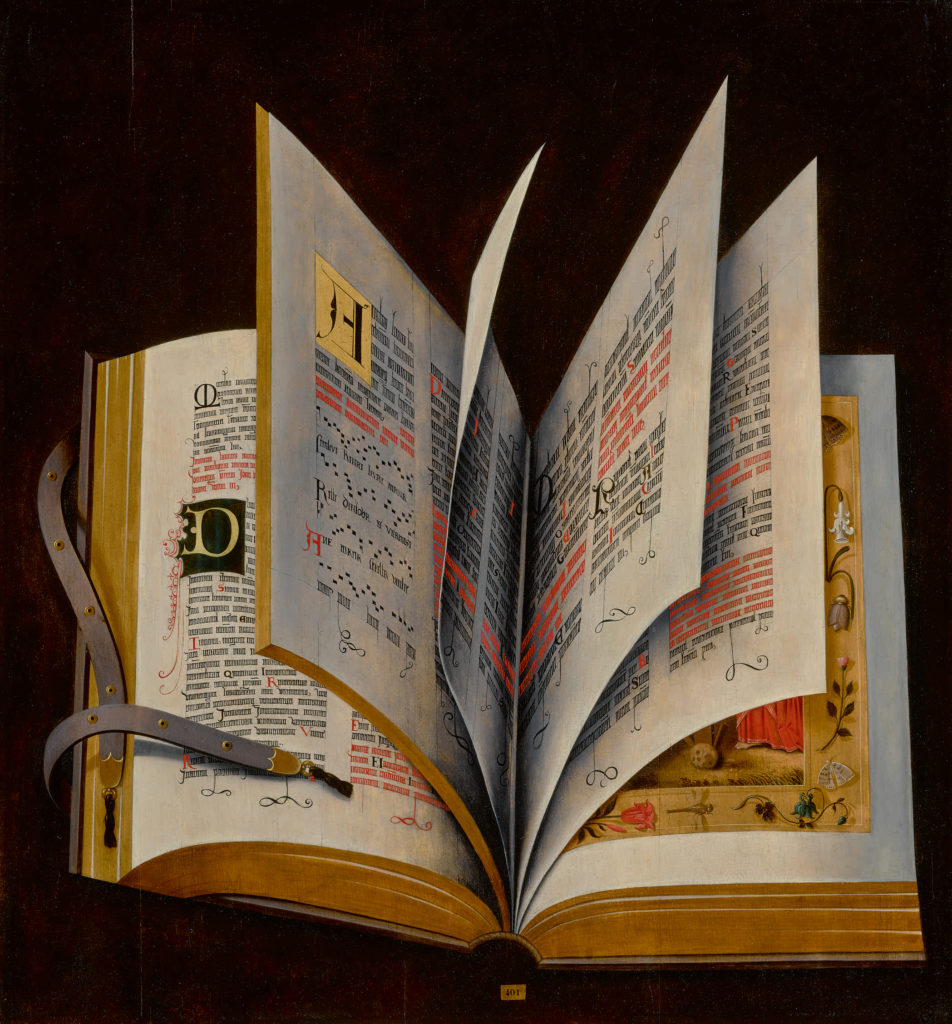 Christie’s—Sotheby’s Georgian-era rival—no longer mounts an Old Master paintings evening sale in January, but staged its Old Master and British drawings sale on the 28th, realizing $5.5 million for the 93 lots that sold and a 27 percent buy-in rate by lot. Pre-sale expectations were pegged at roughly $4 million to $6 million. The hammer tally was $4.5 million.

Of the unexpected over-achievers, Luca Signorelli’s handsome study, A Young Man Seen From Behind, Cloaked With a Study of a Young Woman Resting on Her Hand, raced to $375,000 (its estimate was between $50,000 and $70,000).