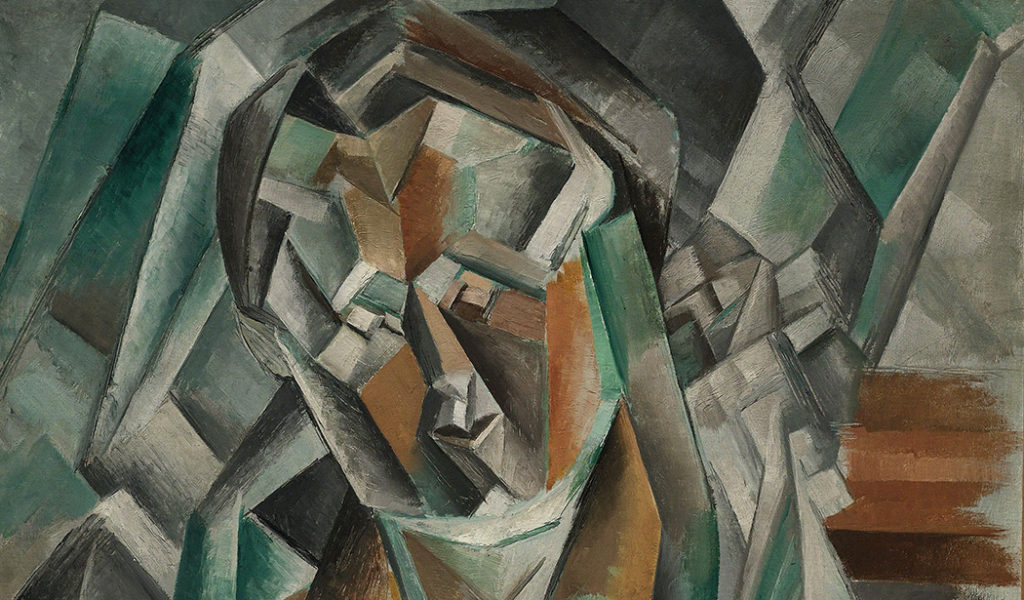 The art market received a big vote of confidence at Sotheby’s London Impressionist and Modern evening sale, which took in a rock-solid and affirming £103.3 million ($151.9 million).

Of the two heavyweight offerings in the otherwise light evening, the masterful cover lot, Pablo Picasso’s 1909 Cubist gem “Femme Assise,” a key early manifestation of the revolutionary movement, sold to a telephone bidder after a slow but measured slugfest for £43.3 million ($63.6 million) against an unpublished estimate in excess of £30 million. The sum earned was the seventh highest for a Picasso at auction and the most paid for a Cubist work at auction, beating out Juan Gris’s 1915 “Nature morte à la nappe à carreaux,” which brought £34.8 million ($56.7 million) at Christie’s London in February 2014. Picasso’s lover Fernande Olivier is the disembodied subject of the painting, made while the couple was vacationing in the remote Catalonian village of Horta de Ebro, a place only accessible by mule. Museum of Modern Art curator William Rubin, the late great Picasso expert, cited this brief period in Spain as “the most crucial and productive vacation of [the artist’s] career.”

The unabashedly stark, geometric breakdown of form turns the sitter’s faceted head into a kind of stacked sculpture in shades of green and gray. In fact, Picasso’s first Cubist sculpture is the famous 1909 “Tête de femme (Fernande),” extant in one bronze and two plaster versions, the latter famously photographed by Alfred Stieglitz. Remarkably, Picasso painted Fernande some 26 times between 1909 and 1910, according to Picasso scholar Josep Palau i Fabre. The present version was acquired by the seller at Sotheby’s London in 1973 for £340,000.

Analytical or otherwise, Cubist works are extremely rare to auction, and a painting of this unquestionable caliber easily quelled any market jitters. Bidding opened at £28 million and cruised slowly along at £500,000 increments as two bidders played a cat-and-mouse game of upping the ante. One of them was Amy Cappellazzo, the newly installed co-chairman of the Fine Arts Division, who lost out to the anonymous telephone bidder. Hearty applause from the salesroom greeted the winning bid, an appreciative indicator of a nervous market.

The second star, Amedeo Modigliani’s sublime 1919 seated portrait “Jeanne Hébuterne (au foulard),” depicting the artist’s swan-necked lover and muse outfitted in a blue dress and posed on the edge of a high-backed chair, sold to an anonymous telephone bidder for £43.3 million ($56.6 million) against an unpublished estimate in excess of £28 million. It was the only lot in the sale carrying a last minute so-called ‘irrevocable bid, a form of a third-party-backed guarantee. That arrangement was announced by auctioneer Helena Newman just as the painting came on view in the salesroom.

The three-quarter-length portrait depicts Hébeturne with a serene yet melancholic air. Tragically, and ironically, it was completed shortly before both the artist and the sitter died, just two days apart in January 1920. Hébuterne, 22 years old and pregnant with Modigliani’s second child, leapt to her death from their apartment window following her lover’s passing.

The picture was last on public view in 1986 at the National Museum of Modern Art Tokyo. It last sold at Christie’s London for £1.9 million in June 1986, too long ago to make a reasonable comparison. A better though still distant indicator might be “Jean Hébuterne (Devant une porte),” from 1919, which sold at Sotheby’s New York in November 2004 for $31,368,000.

Bidding opened at £25 million and crawled along at £250,000 increments, as five telephone bidders duked it out. Its price was the fourth highest for the artist at auction. The painting has been requested for inclusion in the Tate Modern’s Modigliani retrospective, slated for November 2017.

The Picasso and the Modigliani are the two most expensive works to sell at auction in London since February 2010, when Alberto Giacometti’s iconic bronze sculpture “Walking Man” brought a then-record £65 million ($104.3 million) at Sotheby’s.

Better luck greeted Alberto Giacometti’s early, 1925 oil on board “Portrait of Diego,” depicting the artist’s brother seated formally in an armchair with folded hands and sporting a bow tie, which sold to an anonymous telephone bidder for £1,325,00 ($1,948,545) against an estimate of £500,000 to £700,000 ($725,000-1.02 million). David Norman, Sotheby’s seasoned worldwide co-chairman of Impressionist and modern art — one of many experienced hands to announce his departure from the firm in the past six months — took the winning bid in his last auction for the company, The robust price might be attributable to the painting’s inclusion in the recent National Portrait Gallery (London) exhibition “Giacometti: Pure Presence,” which opened in 2015, as well as to the fact that it came to market from the artist’s brother Bruno Giacometti, following the death of Diego.

“The sale was very strong, overall,” said Helena Newman, Sotheby’s chairman of Impressionist & Modern Art, Europe, who made her evening sale debut as auctioneer. “It felt healthy and deep, with global bidding. I think the whole, global art market will breathe a sigh of relief.”

The Impressionist and modern action continues Wednesday evening at Christie’s.

This entry was posted in Auctions and tagged Pablo Picasso, Sotheby’s. Bookmark the permalink.