Skip to contentSkip to content
Blouin Artinfo
Sotheby’s Kicks Off New York’s Auction Season With a Bang
May 6, 2015 by Judd Tully 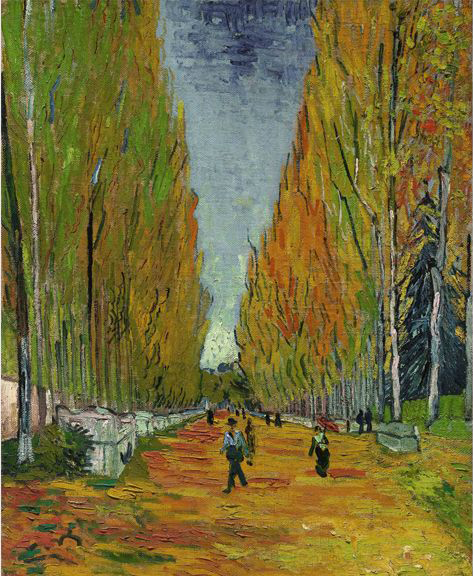 Dominated by trophy works by the likes of Vincent van Gogh, Claude Monet, and Pablo Picasso, Sotheby’s unleashed a rousing $368.3 million evening sale of Impressionist and Modern Art, setting the upbeat tone for what promises to be a huge auction season.

Fourteen of the 64 lots offered failed to find buyers for a fairly decent buy-in rate by lot of 22 percent. But thanks to ravenous bidding for top contenders, the tally flew past pre-sale expectations of $257.6-351 million. The result crushed last May’s $219 million for 50 sold lots when a $31.5 million Picasso, “Le sauvetage,” led the evening, and ranks second only to the $422.1 million record achieved in the same category in November 2014. Ten of the 49 works that sold made over $10 million, and of those, 43 sold for over $1 million. One artist record was set.

Prices quoted in this report reflect the buyer’s premium add-on to the hammer price, calculated at 25 percent up to $200,000, 20 percent for any amount in excess of $200,000 and up to $3 million, and 12 percent for anything above that sum. Estimates do not reflect the premium.

The heavier artillery started early with percussive strength as (lot 7) Alberto Giacometti’s 16 ½ inch high, lifetime bronze cast of his brother, “Buste de Diego (Amenophis)” from 1954, sold to another anonymous telephone for $12,794,000 (est. $6-8 million). At least five bidders chased the bronze, including Emma Ward of London’s Dickinson Gallery, who characterized the chase this way: “I loved the quality and the patina and the provenance. It ticked all the boxes, I just wasn’t lucky enough.”

The Giacometti was one of 11 guaranteed offerings from the estate of the late Chicago collector and benefactor Jerome H. Stone, who died earlier this year at the age of 101. The offerings were estimated overall at $36.2-52.4 million. All of the trove sold for $57.8 million and proved to be a shrewd and profit taking risk for Sotheby’s. Stone acquired the Giacometti from the Pierre Matisse Gallery in New York in 1956, virtually the same year this example was cast from the original plaster.

The Modernist arsenal from Stone also included Giacometti’s painting (lot 11) “Pommes dans l’atelier,” a Spartan still life in situ from 1950 that brought $7,082,000 (est. $3.5-5 million). It was bought by Stone barely a year after the artist’s 1950 solo at the Pierre Matisse gallery.

Another Stone entry, Fernand Leger’s (lot 8) “La Roue bleue, etate definitive,” a primary color hued, geometric composition studded with machine like elements from 1920 and acquired from the Chicago based S. Johnson International Galleries in 1950, sold to a another telephone bidder for $10,554,000 (est. $8-12 million). Stone’s equally modern and boisterous (lot 10) Joan Miro, “L’Oiseau encerclant d’or etincel la pensee du poete” from 1951, tingling the senses with the artist’s semi-indecipherable signs and symbols, drew strong bidding from two competing telephones and made $9,770,000 (est. $6-9 million). Like others in the elite group, it was acquired as a so-called primary market work in 1954 from the Pierre Matisse Gallery, just three years after it was created. All of the Stone entries carried an otherwise undisclosed financial guarantee from Sotheby’s, a sure sign of market confidence on the part of the auction house.

There was also a choice assortment of late 19th-century works from the Impressionist/Post-Impressionist epochs, led by (lot 18) Vincent van Gogh’s figure rich oil, “L’Allee des Alyscamps” from 1888, featuring strollers along a tree-lined autumnal promenade, that realized a whopping and top lot $66,330,000 (unpublished estimate in excess of $40 million). Produced during the short but explosive period when van Gogh and Gauguin painted and lived together in Arles, it last sold at Christie’s New York in November 2003 for $11,767,500, shy of its $12-18 million estimate. This round, the painting wasn’t guaranteed, so the consigner took all the spoils. The postcard-like setting, the site of an ancient Roman burial ground, proved a rather bizarre backdrop for a lovers’ lane destination that it was known for. Bidding opened at $28 million and quickly drew at least four bidders, jumping at $1 million increments, two of them seated in the salesroom. The winner, an otherwise unidentified Chinese gentleman wearing a black leather hooded jacket, jeans, and trainers, beat all comers. He outgunned another gentleman, seated just a few seats away and identified by several sources as Gary Tinterow, the distinguished director of Houston’s Museum of Fine Arts. It was the third most expensive van Gogh to sell at auction.

Getting back to lovers’ lane, a number of onlookers couldn’t miss the sight of film star Leonardo DiCaprio hunkered down in a Sotheby’s skybox above the salesroom and going at it with an unidentified companion as if a retake of “The Wolf of Wall Street.” It took some of the stodgy, old-fashioned feeling away from the evening.

In almost unprecedented fashion, Sotheby’s offered six Claude Monet paintings, a huge number given the relative scarcity of top class works in private hands, led by the meditatively beautiful (lot 30) “Nympheas” from 1905 that sold to another telephone bidder for $54,010,000 (est. $30-45 million). Preening as the second most expensive Monet to sell at auction, it was backed by a third party financial guarantee, described in the Sotheby’s fine print part of the catalogue as an “irrevocable bid,” meaning a third party had given a bid high enough to acquire the work if no other competitive bid appeared. Sotheby’s Old Master Paintings head George Wachter, bidding on behalf of a client on the telephone, out gunned Sotheby’s Hong Kong-based Patti Wong, chairman of Asia, for the prize. The deeply reflective painting of the artist’s hand-cultivated water garden in Giverny that he began from scratch in 1893 has been in the same private collection since 1955.

Another Monet from the same, long brewing series, (lot 47) “Bassin aux nympheas, les rosiers,” featuring another element of the elaborate garden and dated 1913, brought $20,410,000 (est. $18-25 million). And yet another Monet, this one perfectly timed for the upcoming Venice Biennale, the sunlit and rather dazzling (lot 40) “Le Palais ducal” from 1908 and painted from the vantage point of a floating pontoon, realized $23,098,000 (est. $15-20 million). The five Monets that sold contributed $115.4 million to the evening’s total. The Venetian Monet also carries a fascinating backstory, having belonged to storied European collector Jakob Goldschmidt before it was confiscated by the Nazis in 1941. The family regained possession of the painting in 1960 and it was offered tonight by the collector’s grandson, Anthony Goldschmidt.

Auction history, as it were, was made at Sotheby’s way back in 1958 with the first ever evening sale orchestrated by Sotheby’s impresario auctioneer Peter Wilson, selling a portion of Jakob Goldschmidt’s most fabled works, including Paul Cezanne’s “Garcon au Gilet Rouge” that sold to Paul Mellon for a then eye-popping £220,000.

In a brighter palette and mood, evocative of his new lover, Francoise Gilot, Picasso’s (lot 21) “Femme au chignon dans un fauteuil” from 1948, and like many of his portraits of his wives and lovers, has Francoise enthroned in a high backed chair, made an estimate busting $29,930,000 (est. $12-18 million.) It hailed from the family collection of movie mogul Samuel Goldwyn Sr., who began collecting art in the late 1940s as a treatment for his deepening depression, according to catalogue notes. Another Goldwyn highlight, one that would perk just about anyone out of a funk, was (lot 22) Henri Matisse’s blooming still life “Anemones et Grenades” from 1946, which also made hay at $6,074,000.

Buttonholed on his way out of the salesroom, veteran London dealer Thomas Gibson observed, “People are very focused on what they want and everybody seems to want the same things.”

As the thinning crowd eased out of Sotheby’s York Avenue salesroom, the book bag toting buyer of the van Gogh, accompanied by Patti Wong, was observed viewing a group of Keith Haring shaped wall reliefs hung on a nearby wall.

Van Gogh and Haring? What a combination!

Oddly, and seemingly without precedent, Christie’s “evening” Impressionist & Modern sale, normally scheduled an evening apart from its arch-rival, will take place next Thursday, May 14, at 5:30 p.m., during the series of contemporary art auctions, leaving Sotheby’s as the sole evening performer this week.

The action resumes at Christie’s curated and mega-blockbuster sale, “Looking Forward to the Past,” on Monday, May 11, as the next big test of this still bubbling art market.