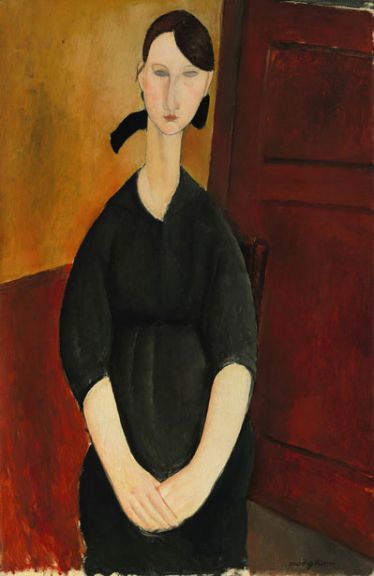 The big fall auction season in New York got off to a glitzy yet tentative start at Sotheby’s with “The Collection of A. Alfred Taubman: Masterworks” hauling in $377,034,000. The tally squeaked by the low end of pre-sale expectations pegged at $374.8-526.5 million, but that figure included the tacked on buyer’s premium, which is not reflected in the estimates.

All of the property, including works to be featured in other upcoming sales, was guaranteed by Sotheby’s and reported to weigh in at an unprecedented $500 million, regardless of how the huge trove performed. The proceeds garnered will be used to settle estate tax obligations and fund the A. Alfred Taubman Foundation, according to Sotheby’s.

Tonight, eight of the 77 lots offered failed to sell for a crisp sell-through rate of 89.6 percent. Twelve lots sold for over $10 million, and 61 sold for more than $1 million. One artist record was set.

Even with some expensive buy-ins that wound up in Sotheby’s inventory, it topped the record for any single-owner evening sale, hurdling past the mark set in February 2009 at Christie’s/Pierre Bergé & Associés auction in Paris, when the Yves Saint-Laurent-Pierre Bergé Collection of Impressionist and Modern Art fetched €206.1/$266.7 million for the 59 lots sold.

The man behind tonight’s mega sale was A. Alfred Taubman, the shopping mall magnate, philanthropist, and former owner and chairman of Sotheby’s, who died in April at the age of 91. In 1983 he acquired the then ailing and privately held auction house from its British owners for $125 million and subsequently transformed it into a billion dollar-plus, New York Stock Exchange publicly traded company, the oldest listed company on that exchange. But that high-flying career crashed in 2000, when Taubman was indicted alongside Christie’s UK-based chairman, Sir Anthony Tennant, for price-fixing, and resigned his chairmanship and ultimately served nine months in prison for his role in the conspiracy.

Taubman was a loyal and prodigious auction buyer but also bought copiously over the years from top-tier and lesser-known private galleries, as was the case with Alexander Calder’s graceful, painted sheet metal and wire hanging mobile “Two Red Petals in the Air” from 1958, which sold for $2,410,000 (est. $2-3 million). He acquired it in 1977 from the now shuttered Newspace gallery in Los Angeles.

The collector’s wildly wide-ranging and elegantly eclectic taste was evident throughout the evening as hallmarked in part by Frank Stella’s 77-inch square patterned abstraction in house paint on canvas, “Delaware Crossing” from 1961, which fetched a record shattering $13,690,000 (est. $8-12 million). New York/London dealer Dominique Levy was one of the underbidders. Stella is currently the subject of a critically well-received survey at the freshly opened Whitney Museum of American Art. The work was featured in curator William Rubin’s groundbreaking Stella survey exhibition at the Museum of Modern Art in 1970.

The collector’s taste for American bred abstraction was also represented by Willem de Kooning’s juicy, 80 by 70 inch canvas “Untitled XXI” from 1976, which sold to an anonymous telephone bidder for $24,890,000 (est. $25-35 million). The artist made approximately 36 paintings from this celebrated series in this size format and Taubman acquired it in 1977 from Los Angeles dealer James Corcoran, at a time when the asking price on the primary market was approximately $110,000.

The sale operated on what’s known as a global reserve, meaning the auctioneer could sell lots well under the published estimates if other lots in the lineup outperformed expectations.

The earlier Rothko was bought in 1978 from the Richard Bellamy Gallery in New York, the legendary dealer who opened the Green Gallery in 1960 with the backing of collector Robert Scull and showcased Pop Artists and Color Field painters.

There were plenty of big-ticket lots peppered throughout the evening, highlighted in large part by Amedeo Modigliani’s beautiful and almost prim seated portrait “Paulette Jourdain,” from circa 1919, which sold to an anonymous telephone bidder for the top lot price of $42,810,000 (est. upon request in excess of $25 million). The unidentified, silver-haired underbidder sat in the fourth row of the salesroom, wedged between two blonde companions and sipping white wine during the bidding. The pony-tailed sitter in the painting was the maid and later companion/lover of Leopold Zborowski, Modigliani’s Paris dealer. The work was last exhibited in “Modigliani and His Models” at the Royal Academy of Arts, London in 2006. It was one of Modigliani’s last portraits before his death in 1920 and Taubman acquired the work from the Acquavella Galleries in 1983, the same year he acquired Sotheby’s with the help of several private investors, including Henry Ford II.

Another portrait, Pablo Picasso’s “Femme Assise sur une Chaise” from 1938, capturing the high-power visage of the artist’s part-time lover and muse Dora Maar, squeaked by at a below estimate $20,074,000 (est. $25-35 million). The underbidder was Giancarlo Giametti, the business partner of the storied Italian fashion designer Valentino. They sat together in the front row of the salesroom and also underbid Francis Bacon’s early and quirky “Man with Arm Raised” from 1960, which sold to the telephone for $10,330,000.

The Picasso, set against an almost chiseled, all white background, featured the queen-like figure of Maar with lilac colored skin. Taubman bought the painting at Sotheby’s London in December 1999 for £3.3/$5.3 million from the estate sale of murdered fashion magnate Gianni Versace — the sale took place about a month before Taubman was indicted in New York for price-fixing.

Another Picasso muse was featured on a smaller scale with “Portrait de Femme” from 1937, featuring the artist’s young lover, Marie-Therese Walther, in a snappy powder blue beret — the work found a new home at $8,650,000 (est. $8-12 million). Taubman, in one of his last auction purchases, acquired the painting at Sotheby’s London in June 2014 for £5.3/$9 million.

The collector certainly had an eye and appetite for portraits of women by the great French painters of the 19th and 20th centuries, as evidenced by Henri de Toulouse-Lautrec’s stunning “La Clownesse Cha-U-Kao” from 1895, featuring the acrobatic dancer famed for her innovative style, which made $12,010,000 (est. $12-18 million).

Surprisingly, at least to this viewer, Edgar Degas’s Venus-like pastel “Femme nue, de dos, se coiffant (femme se poignant),” from circa 1886-88, brought in an imaginary $11.5 million (est. $15-20 million) via a chandelier bid. The spurned nude was one of Taubman’s earliest auction acquisitions, buying it at Christie’s New York in 1978 for $38,000 hammer.

Another Degas, “Danseuses en Blanc” from circa 1878 and executed in pastel and gouache on joined paper, fared better, selling to another telephone bidder for $17,050,000 (est. $18-25 million). This composition was unusual in the famed series since it featured the dancers in action and not off stage, in repose.

Of the eight Egon Schiele works on paper offered, and duly registered in Jane Kallir’s authoritative catalogue raisonne, “Madchen Mit Schwarzen Strumpfen (Girl with Black stockings),” from 1911, sold to London dealer and Schiele specialist Richard Nagy for $2,110,000 (est. $1.2-1.8 million). Speaking of the group, of which six of the eight sold for $13.5 million, Nagy said, “The Schiele results were predictable — the good works made the good prices and the bad and the ugly didn’t.”

The collector’s seemingly encyclopedic range of art historical interest was illustrated in such lots as Giacomo Balla’s Futurist composition in gouache on paper “Studio Per Mercurio Che Passa Davanti Al Sole Visto Dal Cannocchiale,” from 1914, which made $1,690,000 (est. $2.5 -3.5 million) and Roy Lichtenstein’s stylized oil and magna on canvas, “Female Figure” from 1978, which sold for $6,746,000 (est. $5-7 million).

Given that wide array, it was difficult to gauge the strength of the current market, or as New York art advisor and former Sotheby’s rainmaker Stephane Connery put it, “There seems to be a market and it appears to be a well-informed one.” Connery attributed the uneven course of the evening in part to the intense competition Sotheby’s faced from rival Christie’s in wooing the Taubman horde. “Because of the competition, the estimates were pushed a lot.”

There were also new bidders in the mix as New York-based painter Hyon Gyon, seated next to her Lower East Side dealer Hong Gyu Shin, bought Balthus’s R-rated “Adolescente Aux Cheveux Roux,” from 1947, for $1,810,000. When auctioneer Oliver Barker asked for her paddle number and Gyon looked blank, Barker quickly reassured her, “Don’t worry, we’ll find you a paddle.”

“I love Balthus,” said Gyon as she exited the salesroom, “and I just started collecting.”

Oddly, or so it seemed, the auction house skipped its usual post-sale press conference, though Simon Shaw, Sotheby’s co-world wide head of Impressionist and Modern Art, said of the sale, “It obviously had its ups and downs but we made the low estimate and it was good.”

In a statement released shortly after the long haul evening, Tad Smith, Sotheby’s newly appointed CEO, said, “I am comfortable with tonight’s results, and with more than 400 works still to be sold over the next several months, we are on track to cover most of the total guarantee. “