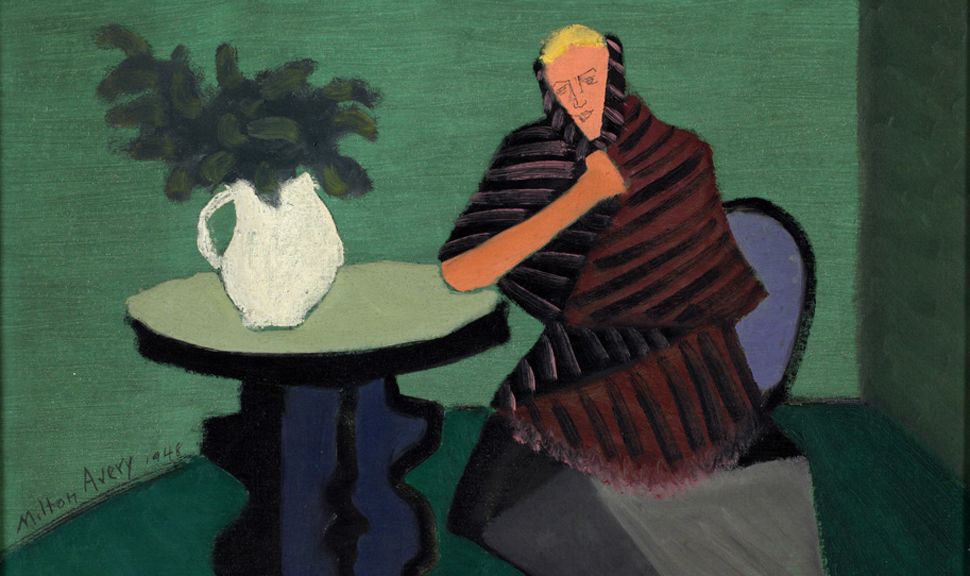 Though somewhat hobbled by yet another winter storm on Thursday and the unexpected inconvenience of a closed-off link to the rest of the fair during Wednesday’s vernissage, the Armory Show Modern, staged on Pier 92 at the Hudson River, racked up reassuring sales across a broad spectrum of art movements.

Showcasing 56 galleries from around the world — Sao Paulo to Seoul — the less trafficked aisles of the Modern section provided a calmer atmosphere than the frenzy of Pier 94’s Contemporary section, where 143 contemporary galleries are bivouacked. Those who made it over to the Modern side were also spared endless waits at the sandwich bars and coat check. (On Wednesday, VIP guests who wanted to move between the two piers had to brave the elements — the internal stair linking them was closed because of a safety-permit issue — which may have contributed to the relative quiet.)

“The attendance wasn’t massive,” said New York exhibitor Simon Capstick-Dale of the Wednesday preview, “but it was a knowledgeable group that came in early to look.”

Nearby, at Bologna’s Galleria Arte Maggiore, a mix of both modern and contemporary works sold, including two Giorgio Morandi watercolors from 1958 and 1962 —which sold in the region of the asking price of $110,000 and $100,000, respectively — and a double-sided still life pencil on paper from 1959 that went for about $34,000.

It was a kind of three-dimensional homage to Morandi.

And Maggiore also sold a Fontana-like Joseph Beuys work, “Painting Version 69” from 1969 in oil on cardboard, featuring a large hole piercing the center of the panel and including text on the back side, for $28,000.

Post-War Italian work was also handsomely featured at Turin’s Mazzoleni Galleria d’Arte, where works sold at price points ranging from $150,000-250,000, including Alieghiero Boetti’s aeronautical composition “Plane 83” from 1983 in ball pen on paper laid down on canvas, and an untitled abstraction by the single-name (and female) avant-garde artist Dadamaino from 1959 in waterpaint on canvas, scaled at 100 by 60 cm.

“Our focus is on Post-War Italian artists,” said Jose Graci, who runs Mazzoleni’s sleek new Mayfair outpost in London, and “New York is a good fair for us. Ninety-nine percent of our buyers here have been American.”

The dealer also sold a shaped canvas in acrylic by Agostino Bonalumi from 2010, modestly scaled at 64 by 40 cm.

The gallery also featured a stunning Futurist work by Alberto Magnelli, “La Foire” from 1914, an interior still life with the outlines of a woman wearing a red necklace and priced at one million dollars. It had not yet sold as of Thursday night.

It is a classic example of the kind of rarely seen work that can sometimes crop up at an art fair.

Koppel pounced on a relatively rare and pristine-condition Richard Hamilton objet multiple, “The Critic Laughs” from 1971-72, which was featured in a Plexiglas-covered display at London’s Alan Cristea Gallery.

It was seen as exceptional, according to the gallery’s David Cleaton-Roberts, because many of the edition were ultimately ruined by the leaking batteries that powered the false teeth vibrate.

This one, sourced from the artist’s estate, “had never been used or shown,” he said.

As Koppel put it, “the trick is to find things that are incredibly interesting and outside of what everyone else is looking for.”

“Investing in contemporary art,” he added, “is a fool’s game because you won’t know what will survive.”

Staying on the British track, a trio of elegant and understated works in pencil on gouache on graph paper by Bridget Riley sold at London’s Sims Reed Gallery in the range of $48,000 apiece, all going to an American collector.

Not surprisingly, there was also a strong showing of both Pre- and Post-War American art, as evidenced at New York’s D.C. Moore Gallery, where a rather sad yet compelling Milton Avery figurative composition, “Shawled Woman Seated at a Table” from 1948, executed in oil on canvas board, sold for just under $700,000.

“It went to a new American collector,” said gallery partner Edward De Luca, “and there have been good people around the show, including a good mix of collectors, art consultants and some museum people. People seem to know what they’re looking for and are making decisions.”

Near the end of the long pier, a solo display of works by the American Modernist Marsden Hartley was featured at New York’s Driscoll/Babcock.

Of the 18 works, a concentration of images rarely on view outside of a museum, one work had sold during the vernissage, Hartley’s expressionist “Green Landscape #3 (Dogtown Series)” from 1936 in oil on Masonite.

The 11-by-18 inch painting features the abandoned 18th-century community (“Dogtown”) outside of Gloucester, MA, that Hartley obsessed on, and depicts a stone-strewn field, absent of humanity.

Hartley described it as reminiscent of a cross between Easter Island and Stonehenge.

It sold, according to the gallery in the “six figures,” a rather vague price point.

Still on the American frontier, but mixed with a dash of Outsider influenced art, New York’s Ricco/Maresca Gallery sold several works by the uber-hip tattoo artist Scott Campbell, including the artist’s large-scale and rather magnificent “Have No Fear,” from 2015, a blown-up, Laser enhanced and very crumpled, upside down Dollar Bill. It went for around $50,000, as did Campbell’s macho-ized Christopher Wool-ish floral piece, “Be Here Now” from 2014, in prepared wood panel, carved and meticulously burned, that sold for upwards of $60,000.