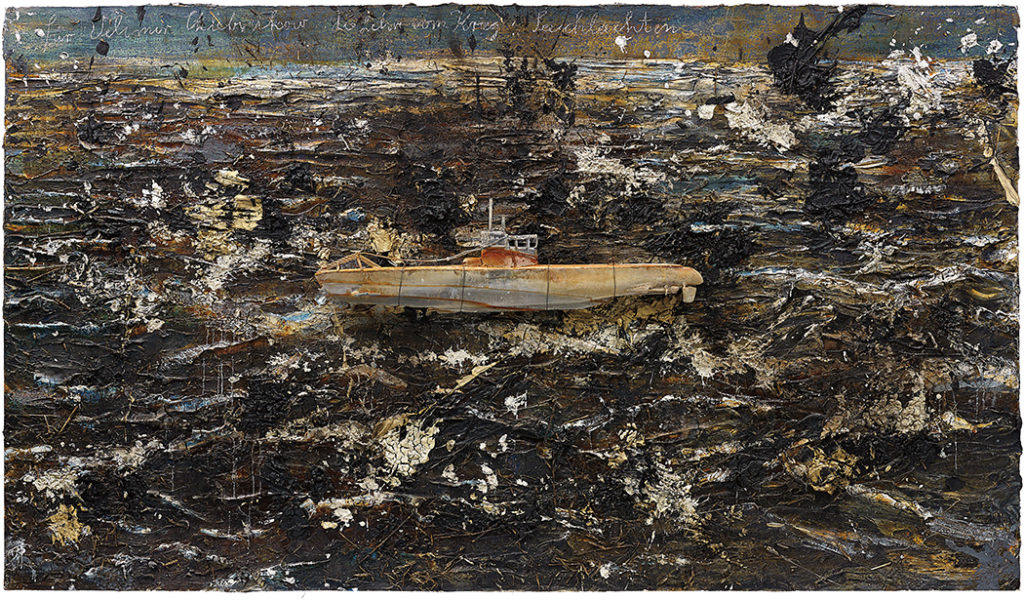 The first post-Brexit auction, Phillips London’s 20th Century and Contemporary Art sale managed to earn a reassuring, if modest, £11,873,000 ($15,672,360) on 31 lots offered. In the context of sinking global equity prices and a hammered British pound, the total — which was close to the low end of the pre-sale estimate of £10.1 million to £14.8 million ($13.8-20.2 million) — was mildly heartening, although it came in below the £18,192,400 ($29 million) brought by the 42 lots in the house’s contemporary sale last June (before it expanded the category to include 20th-century property). All prices reported include the buyer’s premium, calculated at 20 percent of the hammer price up to and including £100,000, 20 percent of the portion above that up to and including £1.8 million, and 12 percent for anything above that.

Ten lots failed to sell, for a somewhat distressing buy-in rate of 32 percent. And only two brought more than a million pounds, while just five sold for over a million dollars. No records were set, although an Anselm Kiefer lot came close, breaking the artist’s mark in pounds but not in dollars.

Despite four rows of empty seats at the front of the posh Berkeley Square salesroom, the evening got off to a decent start. Ugo Ordinance’s ancient-looking pair of 65-inch-high bluestone, granite, and steel sculptures, “The Pleased and the Delighted,” attracted five bidders, finally going to the telephone for £281,000 ($371,000) against an estimate of £100,000 to £150,000 ($132-198,000). New York private art advisor Kim Herston was an underbidder.

The Bradford was one of five works in the auction backed by a third-party financial guarantee, meaning it was bound to sell no matter what the response in the salesroom. Judging by the breadth of the bidding, it didn’t seem to need much help. (In these arrangements, the third party receives an undisclosed percentage of the price realized, taken out of the house’s premium.)

The cover lot, Adrian Ghenie’s small, thickly patinated 2009 “Untitled” went for the same price as the Bradford, against an identical estimate. Painted somewhat early in the artist’s evolving oeuvre, it features an open-mouthed male figure with an outstretched arm, perhaps an opera singer or a mugging victim.

A second Stingel, the 2014 “Untitled,” sold to a telephone bidder for £1,325,00 ($1.8 million) against an estimate of £1 million to £1.5 million ($1.32-2 million). Measuring 95 1/8 by 76 1/8 inches, it is one of the artist’s über-decorative “carpet” works, baroquely patterned with repetitive floral stenciling on a regal purple background. The two lots demonstrate that even in this unnerving immediate-post-Brexit period, Stingel is a rock solid performer.

The big question this week is what impact the “leave” vote will have, and whether the devalued British pound will encourage potential buyers flush with dollars and Asian currencies to jump on bargains or sit on their hands and wait. Tonight they seemed to be taking the former course. “It absolutely helped the sale,” Phillips CEO and chairman Edward Dolman remarked following the barely hour-long session. “We convert [pounds to dollars] on the day of the sale, and American and Asian buyers were saving 10 to 15 percent. The drop in sterling energized foreign buying tonight.”

In the evening’s high point, Anselm Kiefer’s multilayered and wall-heavy 2004-2010 “Fur Velimer Khlebnikov: Die Lehre vorn Krieg Seeschlachten (For Velimer Khlebnikov: The Doctrines of War: Battles),” composed of paint, emulsion, shellac, and straw on canvas, plus a fantastic hand-crafted lead boat, went to a telephone bidder for an astounding £2,389,000 ($3.2 million), pulverizing its estimate of £400,000 to £600,000 ($528-792,000) and causing thunderous applause. In pounds, the sum brought by the work —formerly in the noted London collection of Fatimah and Eskandar Maleki — broke the £1,819,134 record set back in February 2008 by another Kiefer, but it fell short in dollar terms.

The stubborn blue-jeaned underbidder, seated in the salesroom, kept inserting himself back into the action. He was unknown to most observers and declined to identify himself, beyond saying that he’s Turkish and already owns “a number of Kiefers.” He noted that the price reached “was over the limit,” as he hurriedly exited the salesroom.

“As a Calder fan, it was a steal,” remarked Connecticut-based dealer David Rogath, who wouldn’t say if he had bid on it. He was less shy about describing the current market. “All of the sales this week are thin material, and I think Philips did as well as could be expected,” he stated. “Consigners are holding back because the auction houses aren’t giving guarantees, and until they do, the turnover will be lower.”

“You have to very careful, setting the prices right and taking the right risks,” said Phillips’s Dolman, adding that he was confident the Francis would eventually find a buyer.