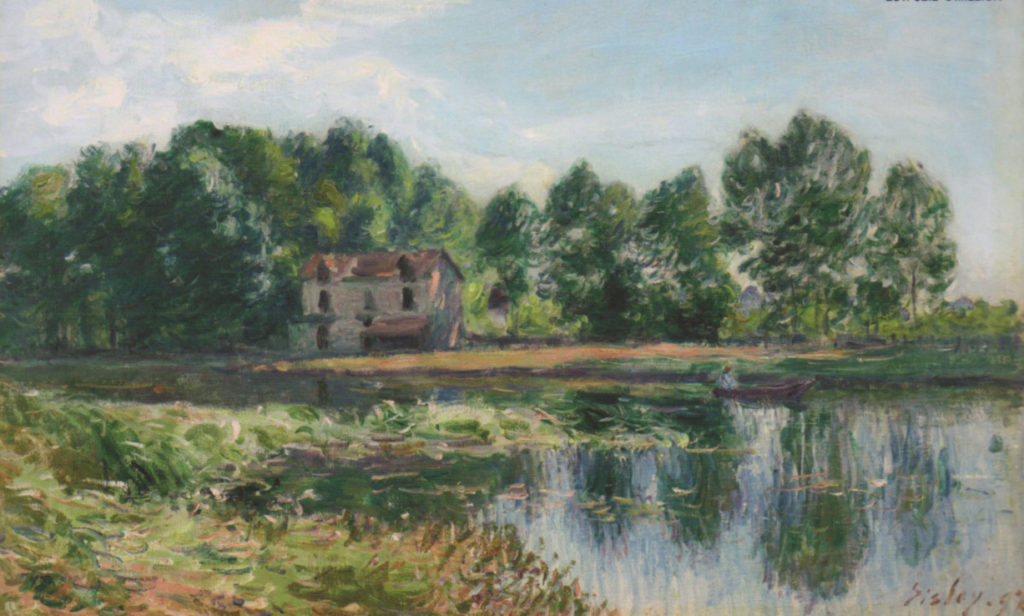 With the final results of May’s major auctions in New York still being tallied at press time, predicting the prospects for London’s June sales is daunting at best. As Francis Outred, European head of postwar and contemporary art at Christie’s, puts it, “In these times when the market is retracted, it is still stronger than people think it is. The fact that there’s less material on the market might mean some higher prices and surprises.”

If that relatively positive spin is to be believed—and why not, at this juncture?—the trepidation of potential sellers is a symptom of a nervous marker. Alex Branczik, the newly promoted European head of contemporary art for Sotheby’s, says, “My own message is, even if there’s uncertainty in markets outside art, there’s absolutely demand here, and we’re curating our sale mindfully but also confidently.”

With that kind of caution flag fluttering in the wind, Hugues Joffre, chairman for the U.K. and Europe at Phillips, says he sees it as a hiccup based not on the art market but on world issues in general, which makes discretionary sellers tentative about this moment to sell.” But as Joffre is quick to observe, “there’s still a ton of money out there waiting to come into the market.’ 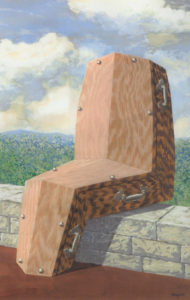 “The work has all the attributes,” says James Mackie, deputy head of the Impressionist and modern department at Sotheby’s London, of Alfred Sisley’s Les bords du Laing, 1892. “Collectors are seeking a classic Impressionist work, and that motivates people to bid.” The lush and breezy summer landscape was last seen at auction in 1977, when it was acquired by the current consignor, a Scandinavian collector. It carries a £1.5 million-to-£2 million ($2.2-3 million) estimate.

In angst-brewing contrast is a richly inked lithograph without a drop of color by Edvard Munch, The Scream, 1895. Held by descendants of the family that acquired it from the artist in 1900, it is modestly pegged at £800,000 to £1.2 million ($1.2-1.8 million). Not to be confused with the pastel on board from the same year that sold to Leon Black at Sotheby’s New York in May 2012 for a record $119.9 million, this impression is believed to be one of 30 the artist produced. Another impression of the work sold at Sotheby’s New York in November 2014 for $2,405,000.

Among the Surrealist offerings is a composition in bubble-gum pink by Francis Picabia, Couple amoureux, 1924-27, from the artist’s “Monsters” cycle of paintings, which bear figures with fantastical facial features. Estimated at £700,000 to £900,000 ($1-1.3 million), the brilliantly colored work evokes Old Master paintings and ancient frescoes. In a somewhat similar yet later Surrealist vein. Max Ernst’s densely layered, grattage and frottage concoction, Dimanche apres-midi sur les Champs Elysees, 1958, presents another couple, but rather abstract and totemlike in form. The female wears a scarlet cloak draped over one shoulder in seemingly royal fashion while the comparatively bulky male figure dominates the composition. The painting, long owned by Ernst’s wife, the artist Dorothea Tanning, is estimated at 6400,000 to £500,000 ($587-733,000). It last sold at Christie’s London in February 2012 for £541,250 ($855,000).

Another Surrealist highlight, Rene Magritte’s 20×13- inch gouache on paper La belle heretique, 1963 or 1964, above, depicts a coffin shaped as a chair and perched upon a low brick wall along a country lane a la Humpty Dumpty, and is estimated at £1 million to £1.5 million ($1.5-2.2 million). Magritte gouaches are in serious demand, and
the large-scale format and highly finished look of this example further ramp up expectations. 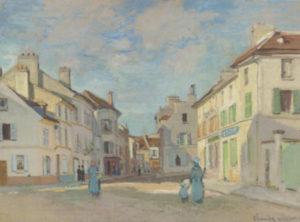 Among the highlights is an early Claude Monet oil on canvas, L’Ancienne rue de is Chaussfe, Argenteuil, 1872, right, which is quite rare for its subject matter. The tranquil street scene, with nary a carriage or smokestack in sight, captures the light-suffused architecture and the charming figures of a mother and child heading to the shops. It is tagged at £4.5 million to £6.5 million ($6.5-9.5 million). The striking work brings to mind that of Corot from the 1830s as well as of Monet’s contemporary, Camille Pissarro. Of Monet’s drawing power, Jay Vincze, the Christie’s London head of Impressionist and modern art, says, “It’s one of the names our Asian buyers especially react to strongly.”

In dynamic contrast, an exceptionally large Ernst Ludwig Kirchner pastel on paper, Blaue Artisten (Blue Artists), 1914, estimated at £700,000 to £1 million ($1-1.5 million), depicts a troupe of supple female trapeze artists clad in blue leotards performing against an electric-yellow background. The Expressionist-fueled scene, executed in Kirchner’s spiky brush marks, is related to an oil painting from 1913, and this example fully earns its “rare to market” rating.

The house is also offering a sensual yet austere Amedeo Modigliani seated portrait, Madame Hanka Zborowska, 1917, pegged at £5 million to £7 million ($7.3-10.2 million). The swannecked sitter, attired in a red dress, was the wife of Leopold Zborowski, the artist’s faithful and sole lifetime dealer, and the work resembles in part an African mask carving while still bearing the trademark Modigliani almond-shaped eyes and pouty lips. Harbored in a private collection since the 1930s. it is one of several versions, including one from 1918 found at Tate Modern.

Asked about the Impressionist and modern market in comparison with the postwar and contemporary sector, Vincze says, “We’re in a slightly different place where there’s not such a dramatic acceleration of prices and braking process. We’re now in a market where there is limited supply and still amazing demand.” 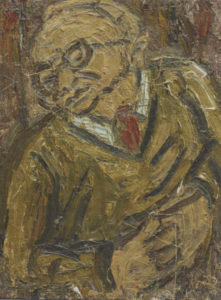 Early points of note include the richly impastoed abstraction Ba Be Bi Bo Bu, 1958, by Art Informal giant Jean Fautrier in oil and pigment on paper laid on canvas. The work, the title of which was seemingly inspired by a nursery rhyme, is pegged at £200,000 to £300,000 ($292-437,000). “Fautrier is a real master of postwar European art,” says Hugues Joffre, “but has not been accepted as yet on the international market.” In February, Phillips sold the artist’s Construction rectifigne from the same year for a rousing £266,500 ($385,500) against a £120,000-to-180,000 ($174-260,000) estimate. Joffre characterized the current offering, which was last exhibited in 1964 at the artist’s retrospective held at the Musee d’Art Moderne de la Ville de Paris, as “joyous and full of spirit.

Addressing the current mood of the market, Joffre observes that “discretionary sellers are definitely not in the mood, so the Ober-collectors will have less to sink their teeth into.” 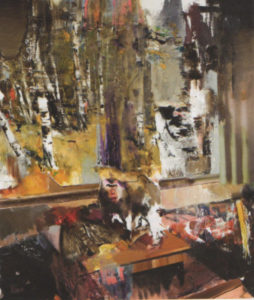 June 28
Sotheby’s
Contemporary Art
The house is banking on unabated demand for large-scale paintings by Romanian-born artist Adrian Ghenie, as evidenced by The Hunted, 2010, right, a blurry yet unmistakable image of a Baconesque baboon set against what appears to be a birch forest. It is estimated at £400,000 to £600,000 ($587-880,000). The symbol-rich work, inspired by the artist’s experience growing up in the dictatorial era of Nicolae Ceausescu and evocative of the murderous Nazi regime and escape route of many of its high-ranking perpetrators, seemingly portrays the creature as both hunter and hunted The title comes from the exhibition of that name first seen at Galerie Judin in Berlin and then at Haunch of Venison in London in 2011, Ghenie’s larger The Sunflowers in 1937, 2014, sold at Sotheby’s London in February for a record £3,117,000 ($4.5 million) against an identical estimate of £400,000 to £600,000 ($587-880,000), doubling its previous mark. Commenting on Ghenie’s great appeal, Alex Branczik, European head of contemporary art at Sotheby’s, says that sale “reflected the phenomenal depth of bidding all over the world.”

On a more classic front, Sotheby’s is offering a small-scale Cy Twombly abstraction, Untitled (Rome), 1961. executed in oil, pencil, and wax crayon on canvas and estimated at £600,000 to £800,000 ($874,000 to $1.17 million), Representing a kind of elegantly scribbled ode to the Classical era, the artist’s signature graffiti and sketchy homage to the likes of a 17th-century Nicolas Poussin masterpiece in the Louvre that the artist long admired, calls for a sophisticated buyer who can appreciate that lost world and Twombly’s obsession with it.

Figurative work is also making a comeback from the recently elapsed zombie formalism phase, as illuminated by a large-scale Neo Rauch painting, Gut gut (Good Good), 1999, estimated at £450,000 to £650,000 ($656-948,000). Featured in the artist’s first retrospective in 2001 after debuting in a solo show at the David Zwirner gallery in New York in 2000, the painting features one of the artist’s sturdy workers industriously engaged in surveying a plot of land, The figure and sensibility reference the now long-past East German Communist society that apparently played a major part in Rauch’s dream world, re-created here in a Surreal mix of Pop art and Socialist Realism. 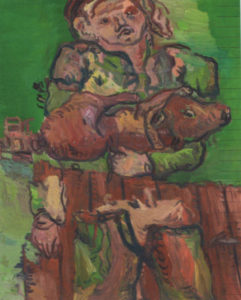 Figurative art again takes NM the spotlight, as two paintings by Georg Baselitz anchor this sale. Der Helbierte (The Halved), 1966, left, a prime dated work, features the artist’s protean and heroic woodsman and is estimated at £900,000 to £1.2 million ($1.3-1.8 million). The equally iconic Adler (Eagle), 1982, with the menacing and symbol-laden bird painted upside down, is estimated at £500,000 to £700,000 ($733,000-$1 million). The latter work was completed just after Baselitz’s inclusion in the blockbuster “New Spirit in Painting” exhibition at the Royal Academy of Arts, a collaborative affair between curators Norman Rosenthal, Nicholas Serota, and Christos Joachimides that traveled to Berlin’s Martin-Gropius-Bau as “Zeitgeist” in 1982. “I think Baselitz is one of the great, undervalued European artists, says Francis Outred of Christie’s.

Though not part of its postwar and contemporary evening sale, Christie’s is headlining its one-off Defining British Art evening sale on June 30 with Lucian Freud’s bravura dual portrait, IB and Her Husband, 1992, featuring the artist’s pregnant daughter Isobel Boyt spooning with Pat Costelloe, with an estimate on request in the region of £18 million ($26.4 million). It last sold at auction at Christie’s New York in November 2007 for a then record £19.3 million.