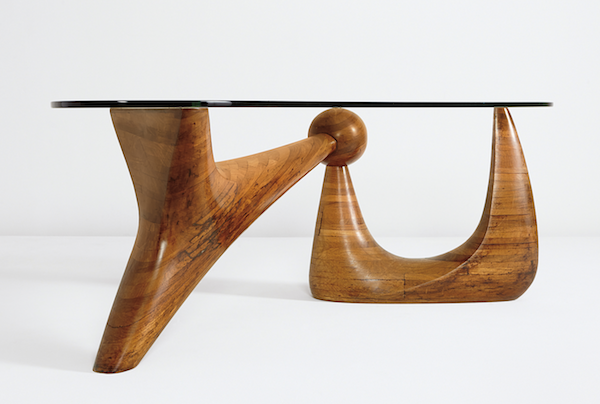 Phillips’ rocking $14.2 million “The Collector: Icons of Design” auction on Tuesday evening was led by Isamu Noguchi’s spectacular and rare “The Goodyear Table, for A. Conger Goodyear” from 1939 that sold to an anonymous telephone bidder for a record $4,450,500. New York dealer Christophe van de Weghe was the underbidder.

Though no mention was made of the Noguchi seller, we have learned it was none other than mega-collector and art patron Ronald Lauder, who is best known for his world-class collection of German and Austrian art.

The table was acquired in 2003, according to the catalogue provenance from the Ricco/Maresca Gallery in New York.

Though not confirmed by Philips, two outside sources identified the anonymous telephone buyer as Wal-Mart heiress and Crystal Bridges Museum founder Alice Walton.

“Unfortunately, I didn’t get it,” said Van de Weghe, who bid on behalf of a private client for the streamlined stack laminated rosewood and plate glass–topped table, “but my client really believed it was an absolute masterpiece.”