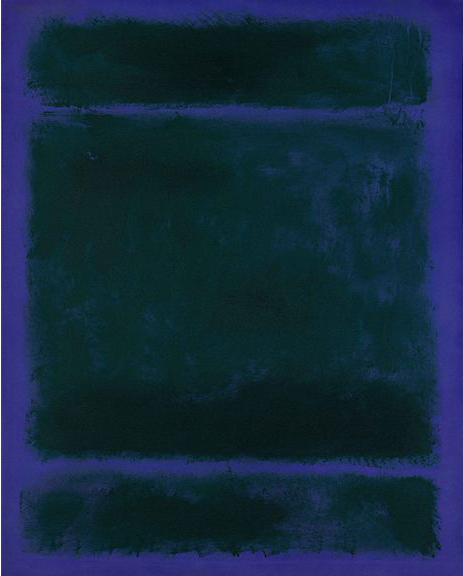 A high-quality mixed bag of mostly 19th- and 20th-century art from the collection of Rachel “Bunny” Mellon, the late and storied philanthropist and horticulturist, achieved a perfect score at Sotheby’s Monday evening, tallying a robust $158,737,250. All of the 43 lots offered sold, making it, in old-fashioned auction terminology, a “white glove” sale, shattering pre-sale expectations of $82.9-120.1 million. Auctioneer Oliver Barker gamely held the symbolic pair of pristine white gloves afterwards, as a kind of modest trophy.

All of the hammer price proceeds from the sale, officially titled “Property from the Collection of Mrs. Paul Mellon: Masterworks,” benefit the Gerard B. Lambert Foundation, a charitable foundation established by Mrs. Mellon in memory of her enterprising father, Gerard B. Lambert, who founded Lambert pharmaceuticals and invented Listerine.

Though the subject of a long New York Times obituary at her death at age 103 in March, it was Paul Mellon, Bunny’s late husband, whose father, Andrew W. Mellon, founded the National Gallery of Art in Washington, who was the big game art collector in the family. Ultimately, Paul Mellon donated 913 works to the National Gallery as well as establishing the masterpiece packed Yale Center for British Art.

In tonight’s over-achieving single-owner sale, works ranged from (lot 1) Rene Magritte’s floating apple and planet Earth, “L’Autre son de Cloche,” an index card-sized gouache on card from 1952 that sold for $2,285,000 (est. $300-500,00) to (lot 36) Winslow Homer’s petite oil on canvas “Children on the Beach (Watching the Tide go Out; watching the Boats),” from 1873, that brought $4,533,000 (est. $3-5 million). The Magritte, chased by at least four bidders, including Connecticut dealer David Rogath and Paris dealer John Sayegh-Belchatowski, was acquired by Paul and Bunny Mellon from the now defunct Obelisk Gallery in Washington, D.C., in 1954. New York private dealer Nancy Whyte underbid the Homer, her third attempt to win a work during the hotly contested evening, a patrician stoked warm-up to the week of contemporary sales.

“I came close,” said Whyte as she departed the salesroom, “but no cigar.”

But the lion’s share of the sale, both in scale and dollar volume ($116.6 million), belonged to postwar works by American masters Mark Rothko and Richard Diebenkorn, including the deep, Indigo blue and stunning cover lot, (lot 6) Rothko’s “Untitled,” 68 by 54 inch oil from 1970, the year of his suicide at age 67, that sold to another telephone bidder for the top lot price of $39,925,000 (est. $15-20 million). Nancy Whyte was the underbidder.

Rothko painted just three canvases in 1970 before his demise in February. Another example, in blood red, resides at the National Gallery of Art in Washington, and this example may well have been his penultimate painting. Resembling a night sea, the painting caught a serious bout of auction fever. Another Mellon Rothko, the (lot 14) lighter colored and earlier canvas, “Untitled (Yellow, Orange, Yellow, Light Orange)” from 1955 and larger scaled at 81 ½ by 60 inches, sold to dealer David Nahmad for $36,565,000 (est. $20-30 million). The two Rothkos rank respectively as the seventh and eighth most expensive works by the artist to sell at auction.

Both paintings were acquired in 1970 and 1971 from the Marlborough Gallery, the artist’s primary dealer, prior to the Rothko estate/gallery scandal that rocked the art world and that years later resulted in a felony conviction against Marlborough Gallery founder Frank Lloyd for tampering with evidence.

The Mellons at one time owned other, more significant Rothko paintings, including at least two from the 1950s, both of which were reportedly sold privately by the estate for sums well in excess of $100 million.

Richard Diebenkorn was the other postwar standout in the Mellon sale, with eight works in oil and works on paper from the artist’s famed Ocean Park series on offer, including (lot 11) the square format “Ocean Park #89” from 1975, majestically scaled at 81 by 81 inches, that sold to Giancarlo Giammetti, business partner and companion of the famed designer Valentino, for $9,685,000 (est. $8-11 million). Provenance wise, the Mellons acquired it in the primary market that very year from Marlborough-Gerson Gallery in New York.

“It’s a great painting,” said Berggruen as she departed the salesroom, “and I was little surprised it didn’t go higher.”

The Diebenkorn group made $32.2 million.

Bunny Mellon, who famously redesigned the White House Rose Garden following its brief life as a putting green for President Dwight D. Eisenhower, didn’t live too long with these particular paintings and both cited were on extended loan to the National Gallery of Art in Washington, D.C., from 1980 to June 2014.

The sophisticated mix of mostly French and American works from an apparently stellar single collection made for interesting spectating, as a charming, page-sized Camille Pissarro watercolor and gouache, (lot 42) “E’tude pour les enfants de l’artiste” from circa 1883, sold for $185,000 (est. $100-150,000) and old master (lot 33) Ambrosius Bosschaert the Elder’s early 17th-century oil on copper floral stiff life, set in a glass vase and further decorated with a butterfly and house fly, sold to a telephone bidder for $4,645,000 (est. $3-4 million). Seasoned Old Master London dealer Johnny van Haeften was the underbidder, indicating bids from his prime seat in the salesroom by deftly lifting his left eyebrow at every increment. He was seated next to fellow dealer Otto Naumann, who made news last week at Christie’s, acquiring the Edouard Manet cover lot painting for the Getty Museum at $65 million. The Mellons acquired the Bosschaert in 1965.

The evening action resumes at Sotheby’s on Tuesday with a 79 lot contemporary sale.