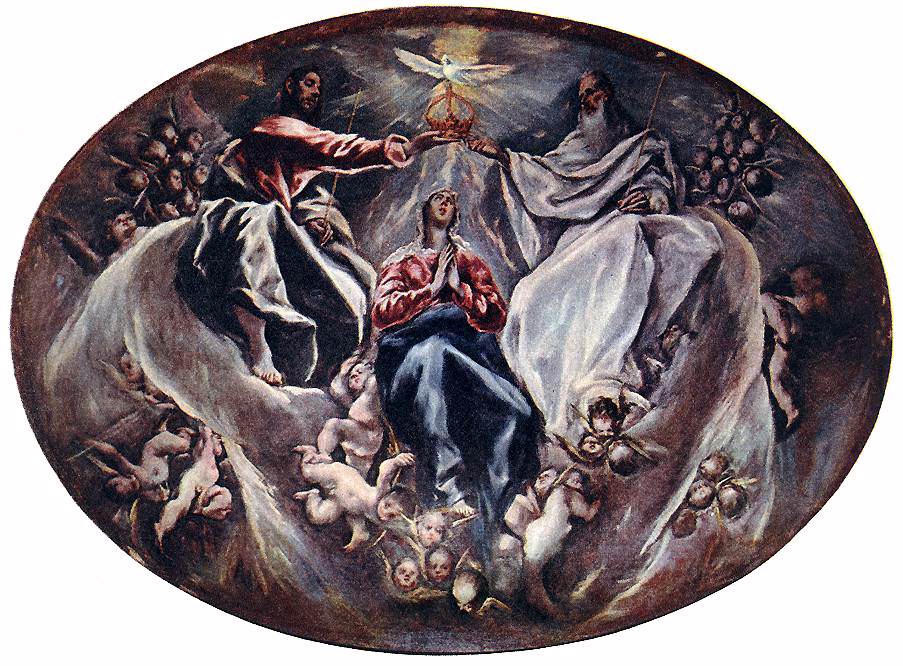 “The Coronation of the Virgin,” which sold for $2.3 million

The tarnished provenance surrounding the old-master paintings formerly belonging to Ferdinand and Imelda Marcos got polished today at Christie’s when 94 paintings fetched $15.39 million at auction.

The proceeds from 72 pictures are slated for agrarian reform and earthquake relief programs in the Philippines, according to the Philippine Presidential Commission on Good Government, which consigned those pictures. The remaining 22 pictures were consigned by a U.S. District Court order to pay for the court costs of the racketeering trial of Imelda Marcos and Adnan Khashoggi, who were acquitted last July. After the court costs are deducted, the remaining proceeds will go back to the Good Government Commission.

The total for the sale was $5.2 million over the high estimate.

Many of the paintings formerly hung in the Metropolitan Museum of Art in Manila, a museum formed by Imelda Marcos in 1976 in a three-story concrete building facing Manila Bay. An article in Artnews written at the time was titled, “How to Build an Art Museum in 29 Days.” A last-minute effort by her followers in Manila to stop the sale was narrowly rejected by the Philippine Supreme Court on Wednesday.

The Italian government purchased Raphael’s barefoot “Saint Catherine of Alexandria” for $1.65 million, adding immeasurably to the prestige of today’s sale, in which everything sold. The deputy director of the Italian Cultural Institute in New York, Silvio Marchetti, who was present in the packed salesroom, immediately announced the 15-by-5 1/2-inch picture will hang in the world-famous Uffizi Gallery in Florence.

The Raphael snared the second-highest price of the 2 1/2-hour sale, with top honors going to El Greco’s illusionistic, oval-shaped painting “The Coronation of the Virgin,” which sold for $2.31 million.

Works by these artists, especially those in oil, rarely come to market and few examples of comparative prices are available. In 1984, a Raphael drawing, “Study of a Man’s Head and Hand,” sold for $4.9 million at Christie’s London, at the time the most ever paid for a drawing.

Coincidentally, today’s buyer of the El Greco, the private New York dealer and poet Stanley Moss, purchased the Raphael along with another related painting by the same artist more than 10 years ago from Count Contini-Bonacossi of Florence “for something under a million dollars,” he said. He subsequently sold “Saint Catherine” to another dealer who sold it to Imelda Marcos.

Asked if he ever sold pictures to Marcos, Moss said, “Zilch. I didn’t want to get mixed up with that. By the time she paid for them, there were lots of hands in between.” Moss also said Imelda Marcos “bought a couple of good pictures, almost by mistake.”

The El Greco was estimated at $300,000 to $400,000. Moss said he reached the limit with his final bid of $2.1 million, before the 10 percent buyer’s premium was added. “I would have liked it to have been less,” grinned the dealer-poet. Moss also purchased the Spanish master Zurbaran’s “The Holy Family” for a relatively modest $110,000. But the prices achieved today, typically tripling the high estimates that Christie’s acknowledged were deliberately set low, underscored a certain strength in the old-master market, particularly in Italian pictures.

Many of the paintings Imelda Marcos purchased as original works by famous artists turned out to have been executed by assistants or followers. Christie’s downgraded many of the attributions to “circle” and “school of” in the catalogue entries. In like fashion, estimates were slashed. But buyers in today’s buoyant sale, supported by many Italian dealers, scooped up the “school of” pictures in a bidding frenzy. “The Bacino di San Marco, Venice,” bearing a “circle of Canaletto” attribution, sold for $176,000, four times the high estimate.

One otherwise unidentified Florentine dealer, armed with a portable phone, dialed up a number of clients during the sale, the pulse tones of his telephone audible in the salesroom. He purchased Francesco Zugno’s “The Death of Cleopatra” for $55,000, a Giacomo Guardi for $132,000, a Giuseppe Zais for $181,500 and a “circle of Canaletto” plaza scene for $275,000.

Of the top 10 pictures, Titian’s darkly dramatic “Portrait of Giulio Romano, Holding the Plan of a Church” snared $1.1 million. It was bought by Zurich dealer David Koetser after the Italian government bid unsuccessfully for it. Veronese’s opulent rendering, “The City of Venice Adoring the Christ Child,” brought $1.04 million, one of four pictures hitting the million-dollar mark.

On Thursday, a huge collection of silver once belonging to the Marcoses sold at Christie’s for $4.89 million, a world record for any sale of silver.

“It was bloody marvelous,” said Anthony Phillips, Christie’s director of specialist departments. By far the heaviest lot, the 117-piece George III silver dinner service made in 1806-07 by the English silversmith Paul Storr brought $1.76 million, a record for a single lot of English silver. It carried a pre-sale estimate of $600,000 to $1 million. Its final price breaks down to $15,042 per piece.

Elaborately engraved and bearing the winged-lion armorial of the third Earl of Egremont, the set sold at Christie’s London in March 1979 for $543,000.

Since then, 77 of the plates have disappeared, presumably in the wake of the Marcos overthrow and exile from the Philippines in 1986.

Bidding for the service opened at $300,000 and Phillips took the winning bid by telephone. He would only identify the buyer as a “private European.”

Other top lots included a pair of Regency silver and gilt wine coolers by Paul Storr that sold to a telephone bidder for $286,000. Christie’s silver specialist, Christopher Hartop, described the pair as “the ultimate in gilt.”

Among the most active private buyers was Rex Opie, who purchased four lots of Regency wine coolers and silver candlesticks for a total of $260,700. Opie said he purchased the items for a retired businessman, Ian Stewart of Guernsey, England. “He’s got a nice house and likes to collect nice things,” Opie commented, and he said he was surprised at the prices. “They went very high – over the top – because it was the Marcos collection and that gave it an extra edge. I think it carried a lot of weight.”

The least expensive item in the sale, an American plated two-handled tea tray, went for $605 to a buyer in the salesroom. The auctioneer, Jay Brian Cole, quipped to the bidder as the price edged past its high estimate, “This is your chance for memorabilia, sir.”

“I’m so pleased,” said Teresa Roxas, spokeswoman for the Commission on Good Government, moments after today’s old-master sale. The two days of auctions realized a total of $20.28 million.

This entry was posted in Auctions and tagged El Greco, Imelda Marcos, Sotheby’s. Bookmark the permalink.