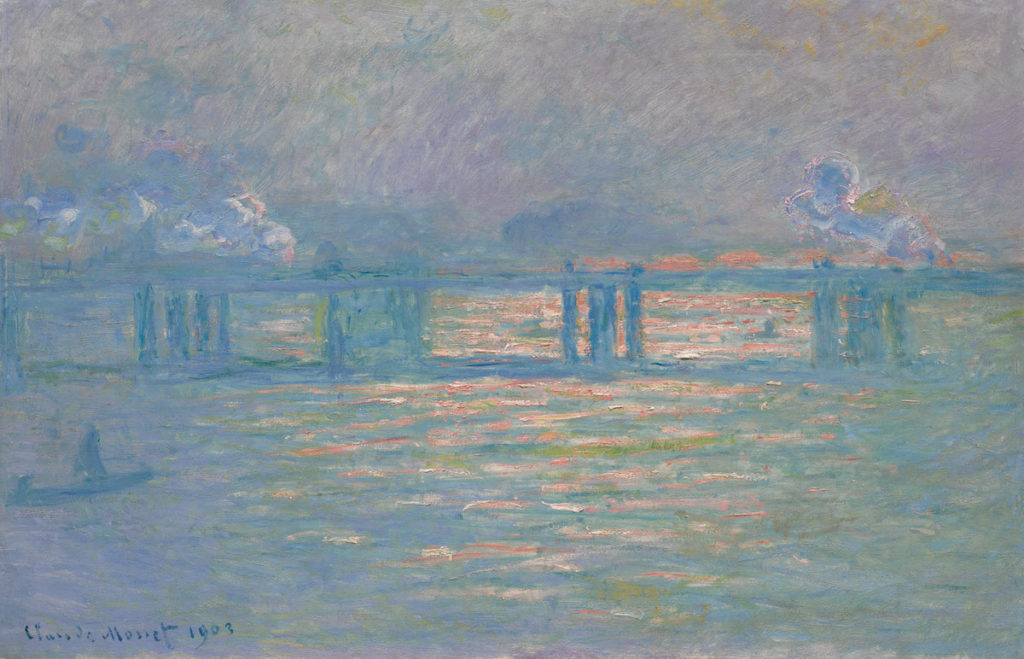 Fighting off the growing perception of a declining market, Sotheby’s managed to pull off a fairly decent, though not stellar, evening sale of Impressionist and modern art in New York on Tuesday that realized about $209 million.

The tally, including fees, hurdled the low end of pre-sale estimates pegged at $182.8 million to $260.5 million. But the total hammer price before premium, representing a more realistic gauge of how the auction fared, was $179 million, just under the low end of expectations. (Such estimates are calculated sans premium.)

The result trailed by over $100 million the $315.4 million tally that Sotheby’s rang up across 49 sold lots at the same sale last November.

Tonight, eight out of the 50 lots offered failed to sell, for a respectable buy-in rate by lot of 16 percent. 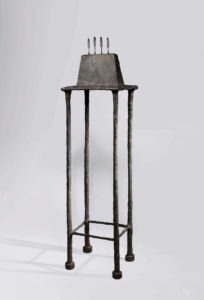 Sixteen lots were backed by so-called irrevocable bids (more familiarly known as third-party guarantees placed by anonymous parties prior to the auction), some with financial backing from Sotheby’s. The outside risk takers can receive a cut of the buyer’s premium for their trouble. There was also a single, standalone, house-backed guarantee.

Four works were withdrawn prior to the sale—including Rufino Tamayo’s 1940 composition La Mascara roja (1940), estimated at $4 million to $6 million—most likely because of nervous consignors, denting the evening’s total.

The evening got off to a relatively buoyant start with Pablo Picasso’s aggressive and mythological themed Homme enlevant une femme (1933), executed in pen, brush, ink and watercolor on paper, which made $1.58 million on an estimate of $1.2 million to $1.8 million. And René Magritte’s La Saveur des larmes (1951), a gouache on paper depicting a bird-plant creature chewed through in part by a hungry caterpillar, made $1.62 million (est. $1.2 million–$1.8 million). Both lots went to telephone bidders, with the Picasso underbid by dealer Christophe van de Weghe. The Magritte last sold at Sotheby’s New York in May 2009, eight months after the financial crash of ’08, for $452,500.

A bit of trouble reared its head early on, as a trio of Alberto Giacomettis from the same consignor came to market. The group was led, easily enough, by Quatre Figurines Sur Piedestal, a stunning bronze tower supporting four impossibly slim and miniaturized female nude figures from 1950–65 that sold to dealer Robert Landau of Landau Fine Art for $6.52 million (est. $6 million–$8 million). The composition was a homage, according to the house’s encyclopedic catalogue entry, to the Sphinx, a well-know Parisian bordello closed by the state in the late 1940s to which Giacometti was a frequent visitor. 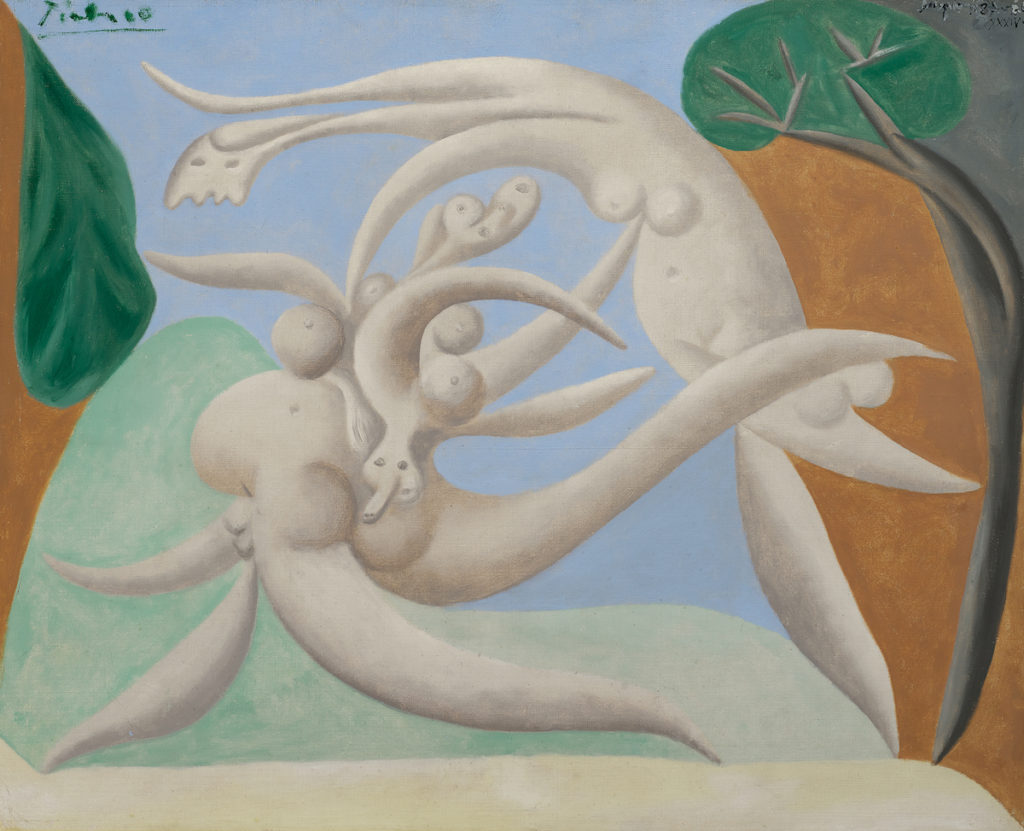 But a second, identical grouping of the same women minus the tower and executed in painted plaster, Quatre figurines sur socle (1950), went unsold at a chandelier-bid $2.5 million (est. $3 million–$4 million).

It was a pity to see the trio broken up since it was acquired by the seller in one go from the Pace Wildenstein gallery in 1999.

In sharp contrast to the sketchy Giacometti drawing, Edgar Degas’s circa 1886 composition Femme prenant un tub was fully formed, in pastel on paper and mounted on board; it sold for $6.64 million (est. $5 million–$7 million).

The Rodin, has the appearance of an Old Master with its reference to classical antiquity bearing down on the contorted figure of the kneeling woman, came to market backed by a combined irrevocable bid and house guarantee for its consignor, the Ruthmere Museum of Elkhart, Indiana.

Sculpture played a big role throughout the evening, as evidenced by another Alberto Giacometti bronze, Buste de homme (Diego au blouson), an exquisite 14-inch-high cast of the artist’s brother and collaborator from 1953 that brought a rocking $14.3 million, more than double its low estimate of $6 million. Five bidders chased the bust, including New York dealer Christopher Eykyn, but it sold to a telephone.

Like its arch-rival Christie’s, Sotheby’s had trouble bringing in ultra-high-value works to the Impressionist and modern arena, though it did assemble a few, such as Claude Monet’s richly atmospheric and decidedly fog-shrouded Charing Cross Bridge (1903), which sold to another anonymous telephone bidder for the evening’s top price, $27.6 million (est. $20 million–$30 million).

Monet painted over 100 London scenes from his hotel room at the Savoy on the Victoria Embankment from 1899 into the early 20th century. This evening’s ravishing composition, depicting two stream-billowing trains crossing the railroad bridge, came backed by a so-called irrevocable bid, assuring it would sell no matter what occurred in the salesroom.
That Monet result exemplified the state of the market, as the lone instance of a work going for over $20 million. Last November, by contrast, Sotheby’s had seven lots that made more than $20 million in the same sale. 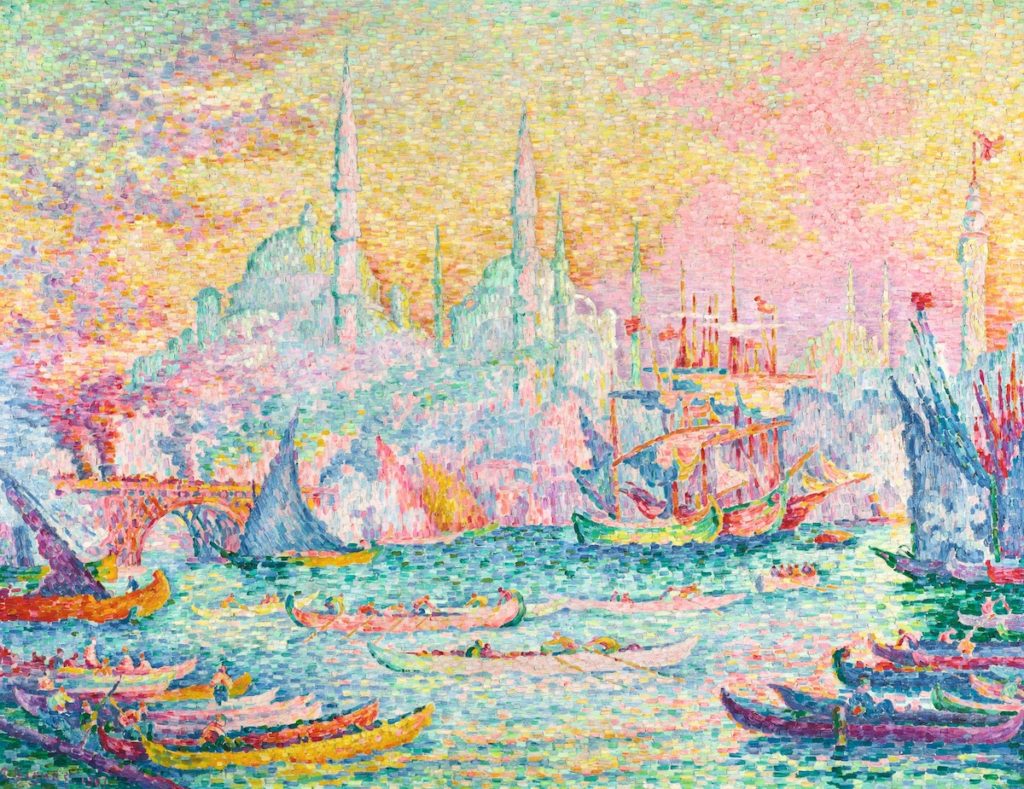 Even so, in the north-of-$10 million territory, Pablo Picasso’s exuberant and playful composition Nus (1934), depicting three distorted female nude figures cavorting on the beach, sold to another telephone bidder for a surprisingly low $8.8 million hammer, or $9.95 million with fees (est. $12 million–$18 million). The published estimate was evidently too ambitious, and the seller must have adjusted their expectations at the last moment. Back at Sotheby’s New York in November 2004, the picture was bought-in against a presale estimate of $6 million to $8 million.

The top Surrealist entry was René Magritte’s monumental apparition La Legende des siècles (1950), which depicts a giant chair carved out of stone with a tiny chair perched on its edge, like a marooned Barbie doll accessory. The painting unleashed a bidding battle between some five contenders, mostly on the telephone, who were ultimately outgunned by New York private dealer Nancy Whyte, who got it for $8.36 million (est. $4 million–$6 million).

“It’s a great image,” said Whyte as she departed the salesroom, “and has that magic.”

Georges Braque’s rather sinister table top still life Le Hachoir (1941), dominated by a meat cleaver balanced on the edge of the table, sold to London dealer Anthony Brown of Connaught Brown for $860,000 (est. $800,000–$1.2 million), and Joan Miró’s impressively large and color-charged composition Peinture (1952), scaled at 29 by 73 inches and first exhibited at the Pierre Matisse Gallery in New York in 1953, went to a telephone bidder for $3.02 million (est. $3 million–$4 million). International dealer David Nahmad was the underbidder on the Miró. 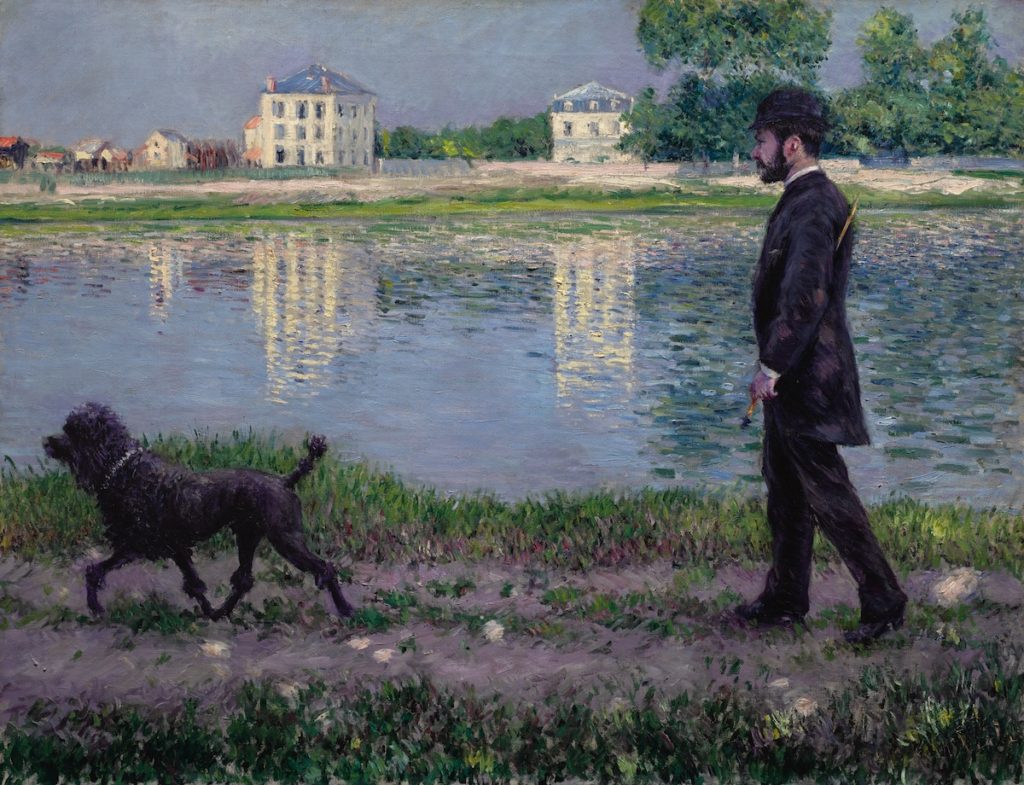 Though not quite a boulevardier, a striding and elegantly dressed figure appears in Gustave Caillebotte’s masterfully composed Richard Gallo et son chien Dick, au Petit-Gennevilliers (1884), which carries with it a sumptuous, reflective, and slow-motion view of the Seine. Gallo’s dog, traveling off-leash, leads the way as a grand homage to man’s best friend. It sold to a telephone bidder for $19.7 million (est. $18 million–$25 million). It also came to market backed by an irrevocable bid.

Given its rarity and large-scale presence, the painting didn’t achieve what it most likely deserved: a higher price. 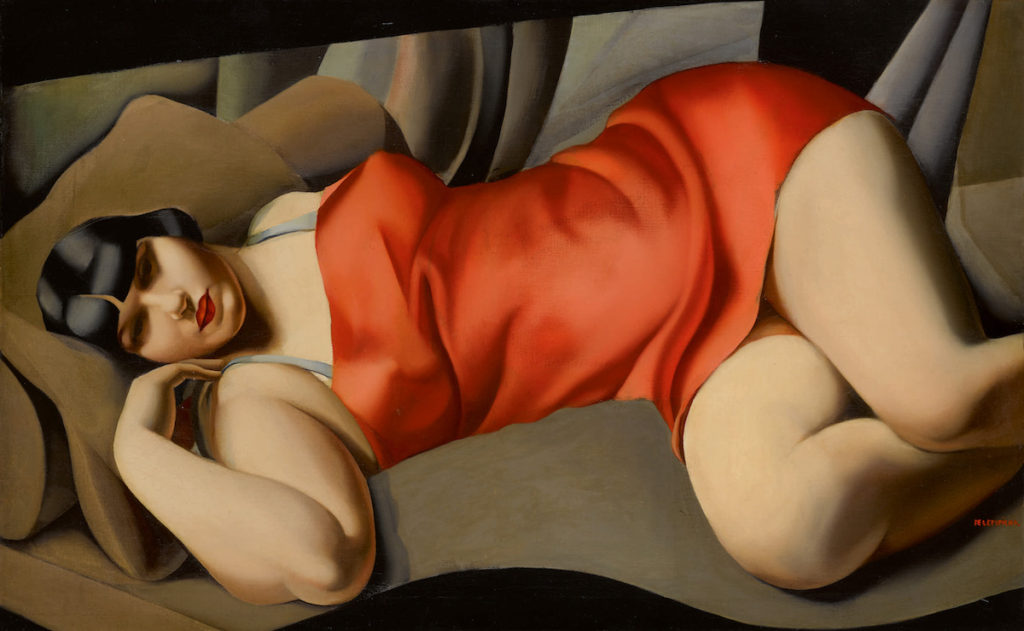 Another trophy offering, Paul Signac’s dazzling 1907 port view La Corne d’Or (Constantinople), energized by a small armada of boats plying the foreground, sold to yet another telephone bidder for $16.2 million (est. $14 million–$18 million). Patti Wong, chairman of Sotheby’s Asia, was on the telephone to the successful bidder. It also was backed by an irrevocable bid.

As observed by art adviser Stephane Connery, of New York’s Connery & Associates Fine Art, “Sotheby’s did a good job of getting third-party guarantees, but it’s definitely not an ebullient market.”

The sole record went to the solo woman artist featured in the auction, Tamara de Lempicka, whose extravagant and sexy composition La Tunique rose (1927) fetched a whopping $13.4 million (est. $6 million–$8 million). It was last exhibited in 2011 in Rome in the aptly titled “Tamara de Lempicka: The Queen of Modern.”

The evening action resumes on Wednesday at Christie’s postwar and contemporary auction.