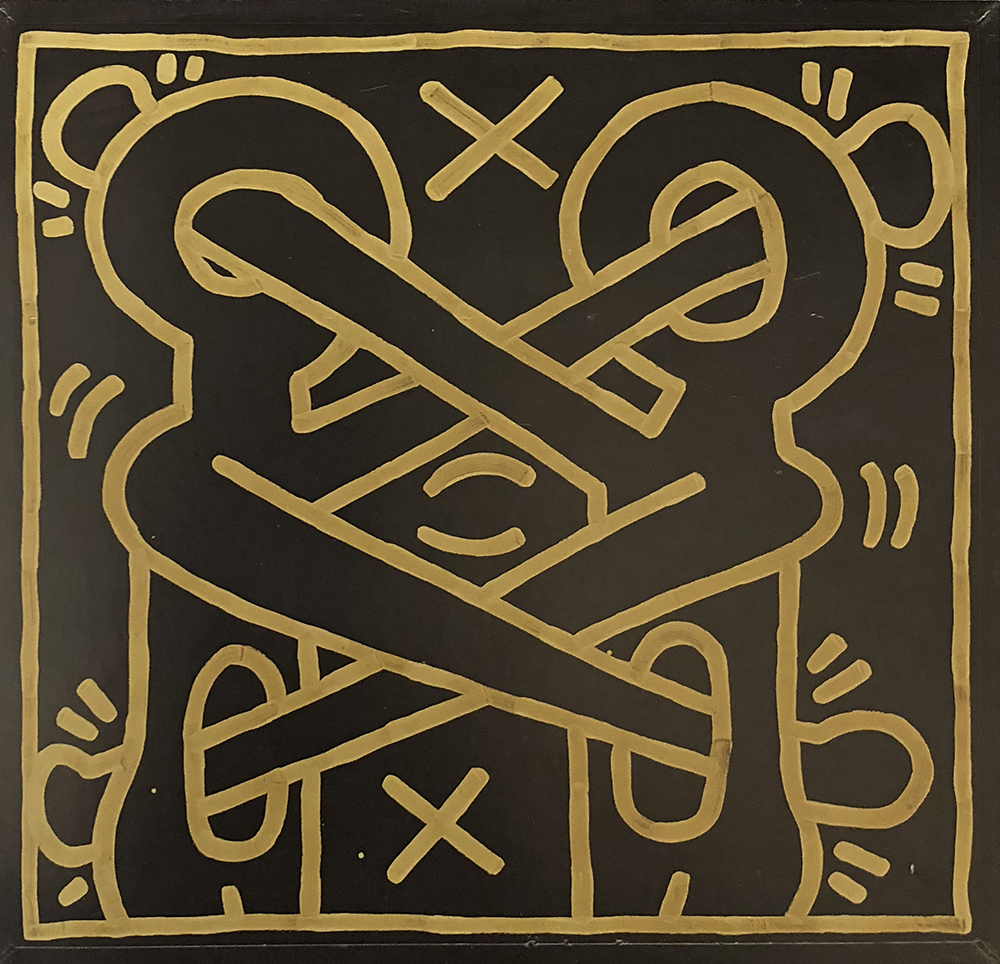 The big question trailing the recent round of successful Contemporary art auctions in London is whether Christie’s solo and shocking absence from the competition will diminish London’s luster as a critical, global sales hub.

Because of Christie’s corporate decision announced in March to eliminate its June slot for staging Post-War and Contemporary Art in order to better focus on its sales there in October and March, the overall totals for June shrunk 33 percent over last year despite significant increases achieved by both Sotheby’s and Phillips.

In fact, Phillips’s June 29 evening sale that tallied 624,3 million (including fees) was a whopping 105 percent higher than what it achieved in 2016 and Sotheby’s 662.4 million evening result easily trumped by 20 percent last June’s 652.2 million total.

Distant player Bonhams posted a modest 67 million result, yet nicking the 66.7 million high estimate before fees and a whopping 189 percent improvement over last year’s auction That was thanks in part to the top lot Mark Bradford mixed media work, “Dream Deferral” from 2009 that hit 61,565,000.

Still, Christie’s absence threw a statistical wet towel over the season, given that the firm’s 2016 evening sale was 639.5 million and further buttressed by a stand-alone “Defining British Art” auction the same week that included significant examples of Post-War art, led by Henry Moore’s “Reclining Figure: Festival” from 1951 that made a record 624.7 million and Francis Bacon’s cover lot “Version No.2 of Lying Figure with Hypodermic Syringe” that fetched 620.2 million.

At the time of Christie’s drop-out statement in March, Jussi Pylkkanen, Christie’s global president and star auctioneer, said: “The aim is to create two highly focused moments in the Post-War and Contemporary Art sales calendar that maximize London’s position at the crossroads of the world art market.”

In July, Pylkkanen further underscored the importance of October and the synchronicity of the Frieze art fair “as a great convening moment for 20th-Century collectors in London.”

Still, even without a June auction in that category, Christie’s managed to squeak by Sotheby’s in terms of combined contemporary art sales in the first half of 2017 at $770 to $766.6 million.

“If I was them,” reasoned Phillip Hoffman, Chief Executive Officer of the London-based Fine Art Group, “if we’ve got the material, let’s go with it. It’s so pressurized now to bring in the big sales, especially given the narrow window going from May in New York to June in London. It must be painful for Christie’s to see Sotheby’s have a reasonably successful sale.”

Hoffman also observed that the current state of a strong dollar and weak pound “makes London less appealing. If I was selling something really expensive,” reasoned Hoffman, “I would be thinking New York first. More and more big collectors are asking to go to New York.”

There were no works in sight by London School titans Francis Bacon or Lucian Freud and American brand name artists dominated the sales terrain, grabbing seven of the top ten lots at Sotheby’s, including Richard Prince’s “School Nurse” from 2005 in acrylic and inkjet print on canvas that sold for £4/$5.6 million (est. £3.5-4.5 million) and Mark Grotjahn’s “Untitled (White Butterfly MPG 03)” from 2003 in oil on linen that sold to a private Asian buyer for £3.9/$5 million (est. £3-4 million).

Phillips also had its American moment, with Keith Haring’s “Untitled” from 1984, depicting the artist and his sister Kirsten in an interlocking embrace and executed in metallic gold paint and black enamel on sheet metal that made £2.3/$3 million (est. £1.2-1.8 million).

Last year, Christie’s cover lot, Gerhard Richter’s massive, 98 by 78 1/2 inch “Abstratkes Bild” from 1994 (unpublished estimate in the region of £14 million) was withdrawn at the 11th hour at the request of the consignor, perhaps a troublemaking sign of lack of confidence in the London market at that expected level. The evening also proved to be the firm’s lowest tally there for a Post-War/ Contemporary sale since 2009. 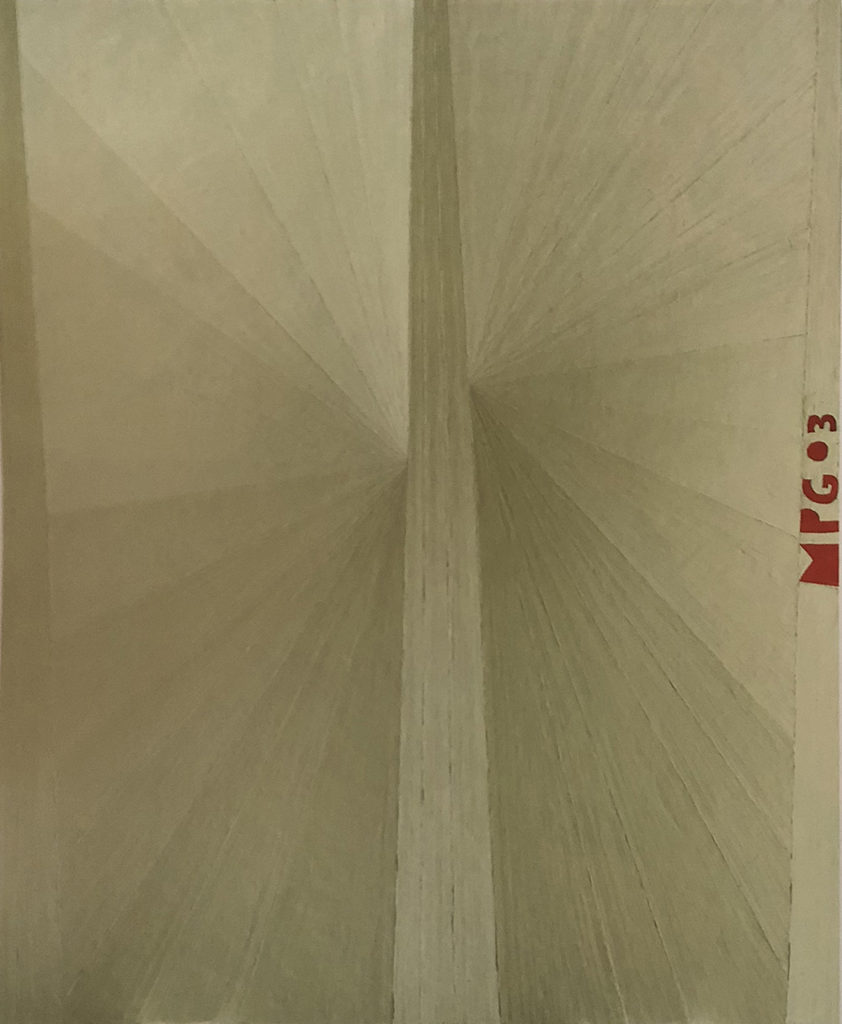 Returning to the open question of staging contemporary sales in London in June, Mayfair dealer and British Post-War art dealer James Holland-Hibbert observed: “I think it’s purely the difficulty of finding fresh material. It’s as simple as that, especially to maintain the standards they want in an evening sale. They can’t put four evening sales a year together. Something has to give. I think New York has always had the upper hand as a Contemporary-art location.”

As to the absence of Bacon and Freud this London season, Holland-Hibbert noted: “Bacon has proved to be very strong in New York and consignors believe they should be sold there. With Freud, just none came out. Certain Freuds sell better in London, the smaller, slightly more intimate portraits. I’d sell it in London.’

Gauging the impact of Christie’s decision to quit June in Contemporary is still being sliced and diced by its competitors.

For us as it stands,” said Jean-Paul Engelen, the recently promoted deputy chairman of Phillips’ Americas. We saw June as a success and want to continue it. Still, you don’t want to be the only store on the High Street. If Christie’s is miles ahead of everyone else in October, will Sotheby’s stick to its schedule and hold an evening sale in June?”

There was zero hesitation on Sotheby’s end as expressed immediately after the June evening sale by Alex Branczik, the firm’s head of contemporary art, Europe: “I have no intention to stop selling contemporary art in June.”

Is there no going back for Christie’s? “The aim and ambition,” said Francis Outred, the firm’s European head of Post-War/Contemporary Art, “will be two major seasons a year in London and not three. There’s a collective feeling here at Christie’s that the London sales in June are becoming diluted as well as the quality of presentation. The idea now is to recalibrate and bring European masterpieces back to London. There’s too much of a price gap between Christie’s New York and Christie’s London sales. We’re thinking long term and not short term. What did we miss in June apart from the turnover? Nothing really.”

Outred remains confident that Christie’s brewing October sale, already at the level of
Sotheby’s June result, “is building up to be a great season.”

Given the prospect of a tsunami of collectors hitting London in October and the dangling fruit of a cheaper pound sterling tempting hungry buyers, odds for a buoyant auction season appear reasonably high