Given the cautious state of the current art market, predicting the prospects for London’s June auctions is difficult, to say the least. In the days leading up to the sales, we’ll be previewing the works in each that seem to hold particular promise. Here are some to look for on June 22 in Christie’s evening Impressionist & Modern sale. (Data in graphs is based on hammer prices as reported by the BLOUIN ART SALES INDEX.)

One of the sale highlights is an early Claude Monet oil on canvas, “L’Ancienne rue de la Chaussée, Argenteuil,” 1872, whose subject is a rare one for the painter: a tranquil street scene, with nary a carriage or smokestack in sight, in which Monet captures the light-suffused architecture and the charming figures of a mother and child heading to the shops. Tagged at £4.5 million to £6.5 million ($6.5-9.5 million), the striking work brings to mind that of Corot from the 1830s, as well as that of Monet’s contemporary, Camille Pissarro. According to Jay Vincze, Christie’s London head of Impressionist and modern art, Monet is “one of the names our Asian buyers especially react to strongly.” 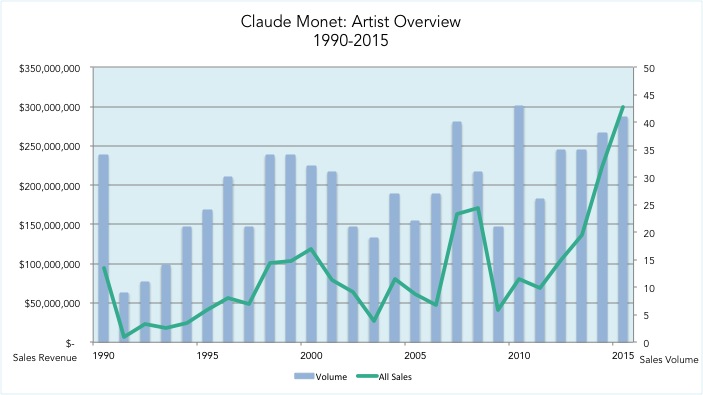 Providing a dynamic contrast, an exceptionally large Ernst Ludwig Kirchner pastel on paper, “Blaue Artisten (Blue Artists),” 1914, estimated at £700,000 to £1 million ($1-1.5 million), depicts a troupe of supple female trapeze artists clad in blue leotards performing against an electric-yellow background. The Expressionist-fueled scene, executed in Kirchner’s spiky brush marks, is related to an oil painting from 1913, and this example fully earns its “rare to market” rating.

The house is also offering a sensual yet austere Amedeo Modigliani seated portrait, “Madame Hanka Zborowska,” 1917, pegged at £5 million to £7 million ($7.3–10.2 million). The swan-necked sitter, attired in a red dress, was the wife of Leopold Zborowski, the artist’s faithful and sole lifetime dealer, and the figure resembles in part an African mask carving while bearing the trademark Modigliani almond-shaped eyes and pouty lips. Held in a private collection since the 1930s, it is one of several versions of the subject, including one from 1918 at Tate Modern. 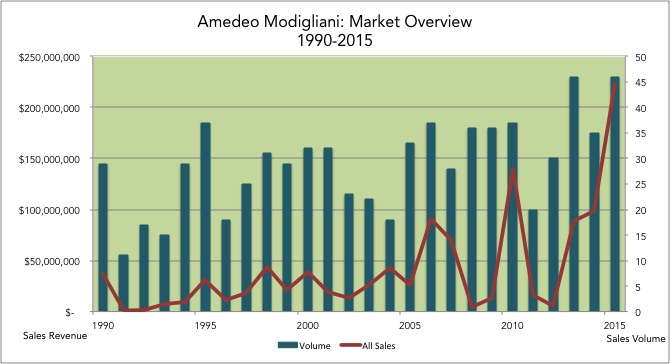 Asked how the Impressionist and modern market compared with the postwar and contemporary sector, Vincze says, “We’re in a slightly different place, where there’s not such a dramatic acceleration of prices and braking process. We’re now in a market where there is limited supply and still amazing demand.” 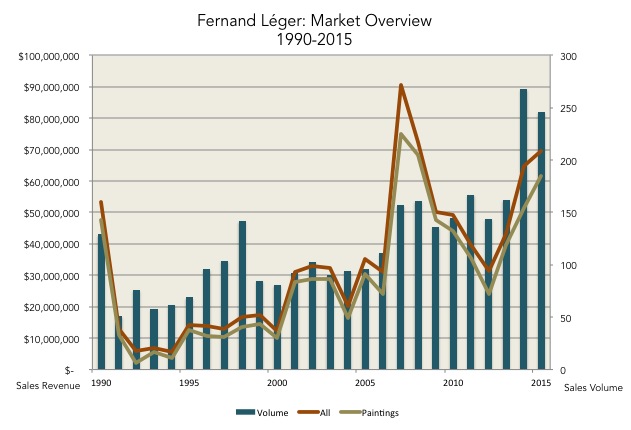