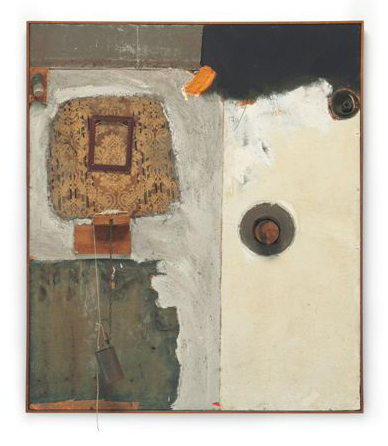 In what may prove to a be a record breaking week of Postwar and Contemporary sales at auction next month, Christie’s has quietly announced a single-owner highlight coming to market on May 13 with choice Pop Art works from the collection of legendary dealer Ileana Sonnabend and sold through her daughter Nina Castelli Sundell’s estate. The gold standard Sonnabend provenance assures competitive bidding for works collected decades ago from the extraordinary stable of artists Sonnabend championed, first in Paris and later in New York.

Ileana Sonnabend died at age 92 in 2007 and her daughter Nina, the offspring of Ileana and her former husband, art dealer titan Leo Castelli, passed away last August at age 77. Sundell was the highly admired and pioneering co-founder of the Independent Curators International, a not-for-profit enterprise that brought cutting-edge contemporary art exhibitions to venues far beyond the New York art world.

Sonnabend’s collection made headlines in April 2008 when word leaked out that her estate had quietly engineered a private sale to several art dealing parties in excess of $500 million, sold in large part to pay off estate taxes. It isn’t known how many works were sold to make that sum, though one, Jeff Koons’ iconic, highly polished, stainless steel “Rabbit” from 1986 was valued at the time at around $80 million, according to a report in the New York Times. Other masterpieces were gifted to institutions under the aegis of the family of Ileana Sonnabend, including Robert Rauschenberg’s grand combine painting featuring a bald eagle taxidermy specimen, “Canyon,” which went to the Museum of Modern Art. In a follow-up gesture, MoMA staged a solo tribute, “Ileana Sonnabend: Ambassador for the New,” an exhibition of 50 works by 41 artists from her collection in December 2013-April 2014.

Of the handful of Sonnabend/Sundell highlights heading to Christie’s, Jasper Johns’ petite yet brilliant and early “Do It Yourself (Target)” from 1960, composed in graphite with paint brush and dry watercolor cakes, and a wood frame is estimated at $2-3 million. Johns first showed with Sonnabend in her inaugural Paris show in November 1962.

In close synch with the Johns in both time frame and temperament is Rauschenberg’s “Johansons Painting” from 1961, a self-described “combine painting” in oil, metal, fabric, wood, paper twine, picture frame, shaving brush and tin can with metal and pegged at $5-7 million. Ileana met both Johns and Rauschenberg in 1957 at the studios they inhabited on Pearl Street in downtown Manhattan.

Andy Warhol also plays a starring role with the 20 by 16 inch “Campbell’s Soup Can (Tomato)” from 1962, in casein, metallic paint, and graphite on linen and estimated at $6-9 million. Sonnabend, an early and significant champion of his work, staged three Warhol exhibitions in Paris at Galerie Ileana Sonnabend and first showed Warhol there in a group show, “Pop Art Americain” in 1963.

Beyond that Pop Art framework, the group also includes Jeff Koons’ charmingly racy “Fait d’hiver” from his Banality series in 1988, cast in porcelain and that raised a ruckus in Paris during the Koons retrospective last year on charges of alleged plagiarism of a magazine advertisement, is estimated at $4-6 million.

The evening grouping of 20 works is expected to fetch between $27-41 million.

“Many of Sonnabend’s exhibitions,” said Laura Paulson, Christie’s chairman and international director for Postwar and Contemporary art, “helped determine the course of art history in the late 20th century, as she discovered and promoted some of the most significant artists of her time.”