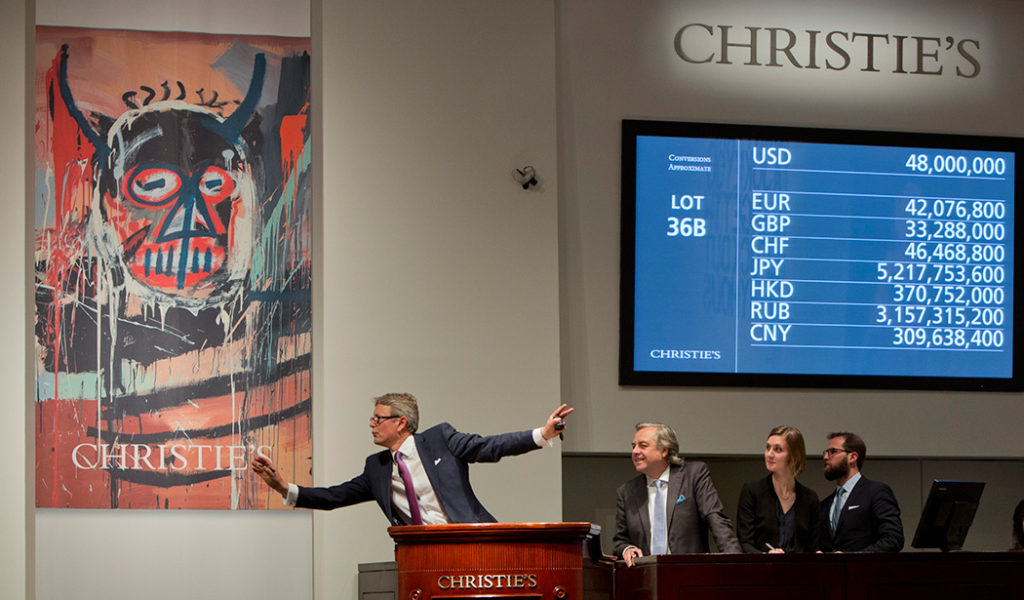 Hurt by a drop in high-priced offerings, Christie’s auction and private sales volume for the first six months of 2016 was just £2.1 billion ($3 billion), down 29 percent in pound sterling terms from last year, when the house made £2.9 billion ($4.5 billion) in the same period.

The freshly released figures are most similar to those of 2011. That was the first time the house’s half-year sales hit the £2 billion mark, starting an upward trend that peaked in the first half of 2015. That high-water mark was reached thanks to numbers like the $179,365,000 brought by Picasso’s 1955 “Les femmes d’Alger (Version ‘O’),” a record for any work of art at auction, in Christie’s curated “Looking Forward to the Past” evening sale, which took in $705.8 million.

“I think there are no surprises,” Jussi Pylkkanen, Christie’s global president and star auctioneer, said during a phone interview on Tuesday. “Volumes are down, year on year, and obviously it’s a very significant reduction in just the amount of artworks that were being traded.” Pylkkanen put part of the blame for the decrease on external forces, such as the steep drop in oil prices at the beginning of 2016 and shaky financial markets. He also cited worries about the Brexit vote. That “little bit of trepidation” he noted, “fed its way through our sales in May and June, and that reticence was really what has brought us softer figures than this time last year.”

On the plus side, he noted that June’s 10 percent drop in the pound sterling versus the dollar and other currencies was “very good for a non-UK buyer buying in England. The summer season was very good for them.” Pylkkanen was also upbeat about the October opening of the firm’s Beijing facility, observing that Asian buying now accounts for almost a third of Christie’s sales volume.

His big-picture takeaway: “There’s a massive appetite to buy, and there’s a bigger buyer base than there’s ever been in my 30-year tenure here, yet the pipeline [for property] that we have is not as strong as it was in previous years. Demand is outstripping supply. At the moment, there’s a reticence from clients to offer works of art.”

The question is, When, if ever, will consigners lose that reticence?

Sotheby’s (publicly traded under the ticker symbol BID on the New York Stock Exchange) will release its official first-half figures and full income numbers in August. However, the house gave Blouinartinfo a brief preview of the highlights: