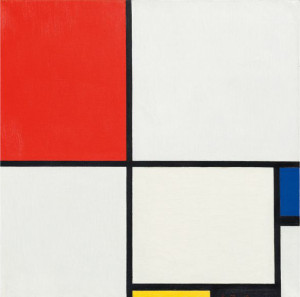 Coming at the end of a long week of auctions yet buoyed by a record-making Piet Mondrian painting, Christie’s Impressionist and Modern late afternoon sale on Thursday delivered a convincing $202,608,000.

The tally easily — and one might say surprisingly — trumped pre-sale expectations of $106.45-159.5 million. Only three of the 43 lots offered failed to sell, for an exceptional 7 percent buy-in rate by lot.

Even so, the result lagged behind last May’s $285.8 million auction for 47 lots sold in the same category and also trailed Sotheby’s $368.3 million Impressionist and Modern evening sale held on May 5.

Twenty-nine lots made over a million dollars and of those, six exceeded $10 million.

(Prices reported include the added-on buyer’s premium to the hammer price on each lot sold, calculated at 25 percent up to $100,000; 20 percent up to and including $2 million; and 12 percent for anything above that.)

Christie’s, which has always held its Impressionist and Modern sale during the same week as arch-rival Sotheby’s, pushed it later this year and squeezed it into the crowded week of contemporary art auctions. The 5:30 PM time slot was also unprecedented, an accommodation of sorts given Phillips’ long-scheduled 7PM contemporary art evening sale on the same day.

“It means,” said Jussi Pylkkanen, Christie’s global president and star auctioneer, “that everybody in New York this week can view all of [our] 20th Century Modernist things; it actually serves the audience that is buying across both sales categories.”

The auction got off to a nimble start as Wassily Kandinsky’s intensely colored and swirling abstraction “Entwurf zu ‘Improvisation mit rot-blauem Ring’” from 1913, executed in watercolor over pencil and laid down on board, sold to a telephone bidder for $4,533,000 (est. $1-1.5 million).

The New York dealership Mitchell-Innes & Nash was the underbidder.

The stakes quickly grew bigger with Amedeo Modigliani’s handsome portrait of the mustachioed “Jean Alexandre” from 1909, which went for $7,557,000 (est. $5-7 million).

The third-party backed painting also boasts an earlier painting on its back (recto), “Nu assis” from 1909, featuring a pre-pubescent seated nude in three-quarter profile, though Christie’s hasn’t definitively labeled it a genuine Modigliani since it isn’t in the authoritative Ceroni catalogue published in 1958.

Another Modigliani portrait, from 1916, featuring the storied Bohemian poet, literary critic and Modigliani paramour “Beatrice Hastings” resplendent in a checked top that sets off her long neck, was first owned by Paul Guillaume, the artist’s close friend and early champion. It brought a rousing $16,069,000 after a ten-minute bidding battle between a pair of telephones and New York private dealer Nancy Whyte. (est. $7-10 million).

It was part of the estate of New York financier and notable civic figure John C. Whitehead, having joined his carefully assembled collection in 1983.

Nineteen of the 22 Whitehead works on offer sold, for a total of $58.4 million, compared to overall expectations of $32.2-40 million.

Other Whitehead highlights included Claude Monet’s light-infused summer landscape from Giverny, “Paysage de matin” from 1888, which sold below its estimate for $4,533,000 (est. $6-8 million).

Still, Monet’s market is surging right now, as evidenced by another Monet, this one from the war-impacted Parisian collection of Rene Gimpel, the jewel-like and shimmering “Les meules a Giverny” from 1885.

With its sun-splashed combination of grain stacks and a grove of poplar trees, the composition anticipates two important later series, yet has an added personal touch with the figures of the artist’s wife and three of his children traipsing across the beautiful field. It sold to a telephone bidder for $16,405,000 (est. $12-18 million).

Gimpel, a French Resistance supporter, died in a German concentration camp in 1944, and his collection scattered. The sale represents the successful conclusion of restitution claims brought by Gimpel’s heirs.

Remarkably, there were no works on canvas from the artist, another startling element of the seemingly downsized auction, which appeared to be giving deference to Monday’s ‘curated’ “Looking Forward to the Past” sale — which made $705.8 million.

Back on the major painting trail, Fernand Leger’s geometric composed composition from 1922 of two seated women, one a reclining nude and the other a clothed companion, “Le corsage rouge,” sold to a telephone bidder $16,965,000 (est. $10-15 million). It was backed by a Christie’s financial guarantee.

But the real Modern-era standout was the striking cover lot, Mondrian’s “Composition No. III, with Red, Blue, Yellow, and Black.” It had last sold at Christie’s New York in May 1997, from a single owner European estate, when it was also featured as the cover lot and brought just $3.8 million. On Thursday, its $50,565,000 price obliterated the mark set by “Composition avec bleu, rouge, jaune et noir” from 1922 that sold a Christie’s Paris in February 2009 in the fabled “Collection Yves Saint Laurent et Pierre Berge” auction for €21,569,000/$27,588,898.

Modeled after Brancusi patron Baroness Renee-Irana Frachon and exhibited in the world-shaking Armory Show of 1913 that brought European Modern art to American shores, the serene piece nevertheless bristles with historical authenticity. It was created in 1912 after the 1909-1910 original version in white marble that resides in the Hirshhorn Museum in Washington.

“I kissed my husband after the sale in honor of the Brancusi,” said Heirston who bought the work on behalf of a European client.

Another key player from the storied Armory Show, Marcel Duchamp, was also represented, with his iconic multiple “de ou par Marcel Duchamp ou Rrose Selavy (la Boîte-en-valise) [Series A],” from 1944, which sold for $2,965,000 (est. $1-1.5 million). The astonishingly complex leather valise and cardboard box ensemble, including a paper collage and featuring 68 miniature replicas and precise reproductions of Duchamp’s oeuvre is a talisman of DaDa and Surrealism.