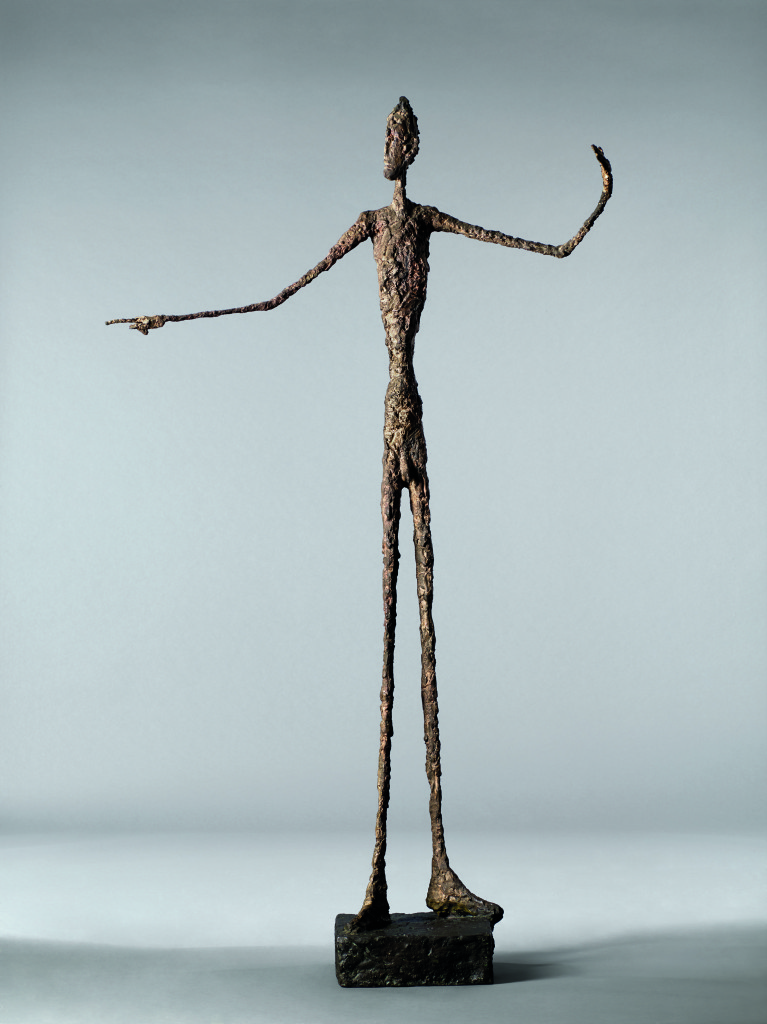 In another sign of the market’s bubbling strength, Christie’s announced it will offer Alberto Giacometti’s life-size bronze “Pointing Man (L’Homme au Doigt)” from 1947 on May 11 in New York, along with an unpublished estimate in the record-breaking region of $130 million. Of the six works in the famed edition, as well as one artist proof, this example is believed to be the only one that is hand-painted by the artist. Five of the six in the edition are tucked away in museums or private foundations, including the Museum of Modern Art in New York and the Tate Modern in London. Only two are left in private hands. 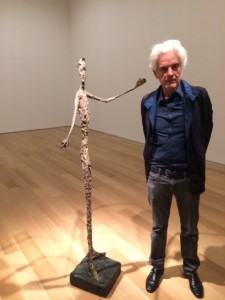 Sneak preview of the rare and fantastic hand-painted Alberto Giacometti bronze, “Pointing Man” from 1947 at Christie’s New York.
It goes on the block there on May 11 with record-breaking expectations in the region of $130 million.

“Pointing Man,” standing 69 7/8 inches tall and bearing a crusty patina, as if charred by the horrific aftermath of the Second World War, reaches out with his spindly right arm, while his left remains raised at shoulder height, as a fencer might guardedly stand before an opponent. Giacometti made the plaster for the cast in one whirlwind evening in October 1947 for his first New York exhibition that took place at the Pierre Matisse Gallery in January 1948. It was part of a trio of life-size figures that included “Walking Man” and “Standing Women.”

A bronze version of “Walking Man” sold for a record £65 million ($104.3 million) at Sotheby’s London in February 2010 — at the time, the most expensive artwork ever sold at auction.

Giacometti biographer and model James Lord quoted the artist in how the work was completed: “I did that piece in one night between midnight and nine the next morning. That is, I’d already done it, but I demolished it and did it all over again because the men from the foundry were coming to take it away. And when they got here, the plaster was still wet.”

Perhaps that drama will be replayed on May 11 when Christie’s stars the sculpture in its one-off, curated sale, “Looking Forward to the Past,” which also includes a stand-out Pablo Picasso painting from 1955, “Les Femmes d’Alger (Version O),” bearing an estimate in the region of $140 million.

That evening alone is expected to haul in $500 million. 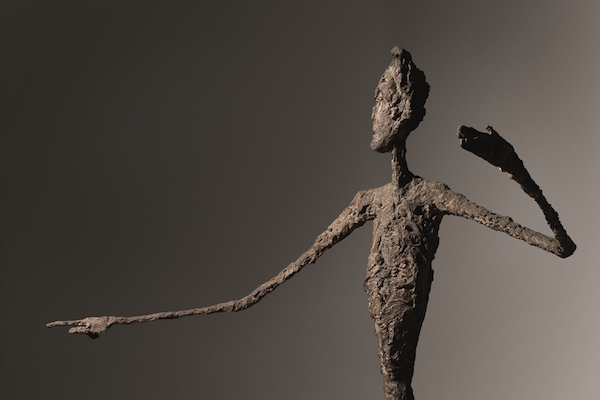 This entry was posted in Auctions and tagged Alberto Giacometti, Christie’s. Bookmark the permalink.