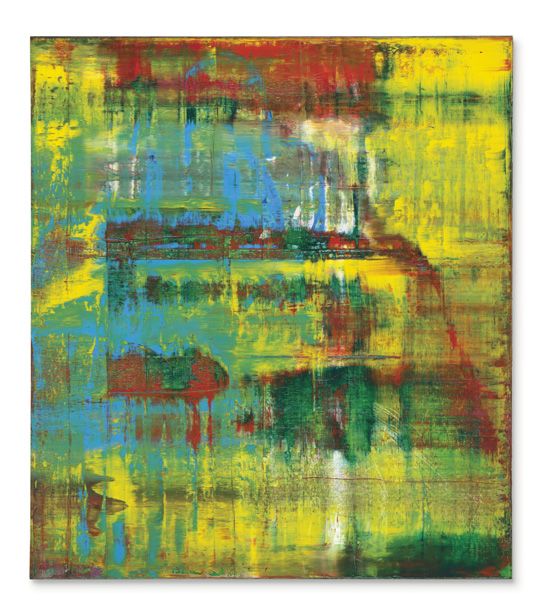 In the wake of Brexit and the American  elections, as well as recent evidence of a softening global art market, the November sales are, surprisingly, chock-full of first-class material, including three Gerhard Richter paintings valued in excess of $20 million apiece and a $40 million Willem de Kooning entry.

The jammed week, featuring not only Impressionist and modern evening sales but postwar and contemporary events as well, also includes a large, rare-to-market Wassily Kandinsky painting estimated at more than $18 million and a Pablo Picasso rated at $12 million – $18 million.

Take note, however, that only work in the pipeline approaches the $50 million mark, a number that floated easily in the New York salesrooms until November 2015. (That one work is a late entry at Sotheby’s, Edvard Munch’s “Girls on the Bridge,” 1902, which is on the block for an undisclosed estimate in the region of $50 million.)

“The market has to find its own footing,” says Brett Gorvy, chairman and international head of postwar and contemporary art at Christie’s New York, “and I want to see high percentages sold and high quality for each object offered.”

“There are enough people wanting to buy works,” says Jean-Paul Engelen, worldwide head of contemporary art at Phillips. “It’s the sellers who need to be convinced,” he adds, referring to the narrowing flow of property, and repeating in part a conversation that started well ahead of the London auction season  last month.

Two standout works from the New York collection of Neda Young–though identified by Christie’s only as property from a private American collection–hit the block on the 15th, including Christopher Wool’s 4-by-21⁄2-foot text painting in alkyd and flashe on aluminum, Untitled, 1988, left. The block-lettered composition flows in four broken rows that spell out “Helter Helter,” a variation on the Charles Manson mantra from the Tate-LaBianca murders in 1969, “Helter Skelter,” and also a reference to the Beatles’ White Album song of the same name. It is estimated at $5.5 million to $7.5 million. Another Young trophy, Richard Prince’s pink-hued, 73⁄4-by-41⁄2-foot Nurse Elsa, from 2002, in acrylic and ink-jet on canvas, presents the surgical-masked visage of a pulp fiction beauty, one that Kate Moss later famously re-created for the artist, posing in full nursing regalia. It is part of the first cycle of “Nurse” paintings that debuted at Barbara Gladstone Gallery in 2003, when Young acquired the present example, and is estimated at $6 million to $8 million. 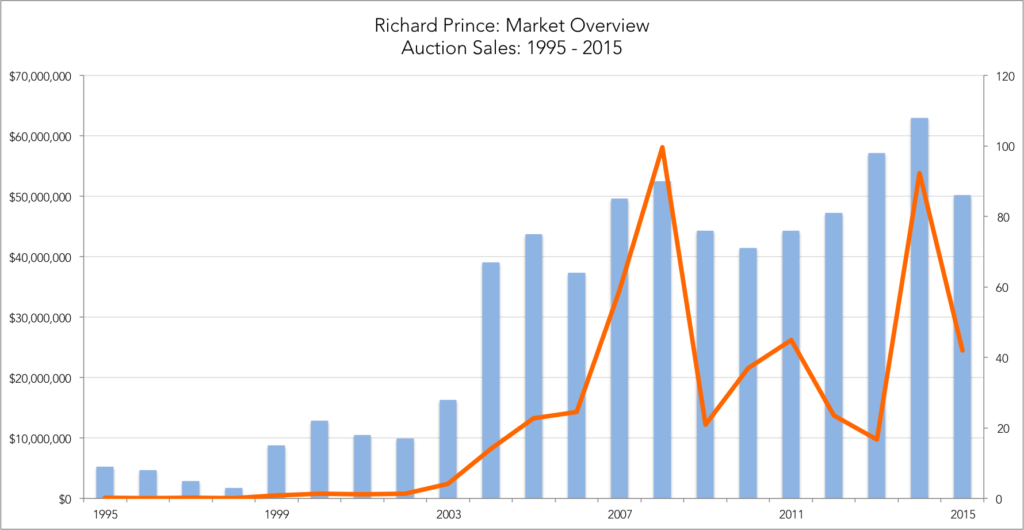 On the sculpture front, Roy Lichtenstein’s Brancusi-inspired yet Pop- art inflected Sleeping Muse, in patinated bronze, dates from 1983 and is from an edition of six. Two of those are already in major institutions, and Christie’s is banking on strong Asian interest to reach or surpass its estimate of $3.5 million to $4 million.

A rare-to-market Alexander Calder wire portrait, John Graham, circa 1931, captures the visage of the legendary Russian painter and modernist art critic, and is expected to bring $800,000 to $1 million. 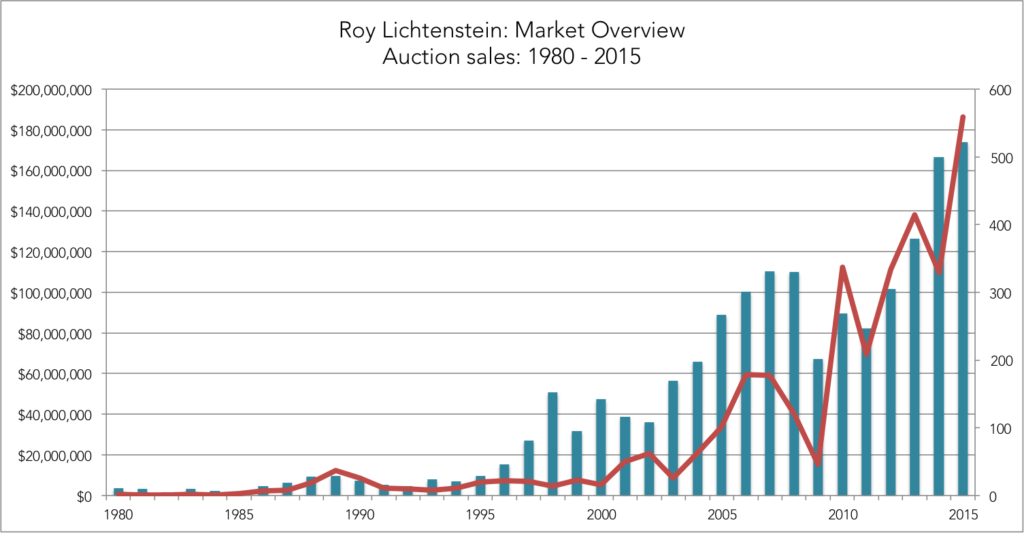 Several contenders top the postwar entries, including Jean Dubuffet’s large and energetic Les grandes artères, 1961, below. Part of the artist’s famed Paris “Circus” series, it features a pedestrian parade of James Ensor–like characters as well as a traffic-clogged street of passing European and American cars, their brand names and license plate numbers incised in the thickly impastoed canvas. It is expected to fetch $15 million to $20 million. The seller acquired it in 1964. (A larger version from the series, Paris Polka, also from 1961, sold in May 2015 at Christie’s New York for an artist record $24.8 million. It came from the collection of billionaire Steven A. Cohen.)

“Dubuffet is so undervalued,” says Brett Gorvy, “and this example is in unbelievable condition and rare, brimming with remarkable complexity and vibrancy. There’s only one other work from this series left in private hands.”

A grandly scaled Willem de Kooning abstraction, Untitled xxv, from 1977, measuring 61⁄2 by 7 feet, represents a high-water mark for the artist’s late work, when he was still under the spell of his Springs studio and the waters surrounding Louse Point, Long Island. The estimate-on-request masterpiece, with its juicy, rich, all-over, and constantly shifting expanses of Impressionistic light and water, is expected to bring in the region of $40 million. It last sold in November 2006 at Christie’s New York for $27.1 million.

Another contender for top price is Richter’s towering and spectacular Abstraktes Bild (809-2), from 1994, the second in a monumental, four- part series and hailing from the collection of rocker Eric Clapton. Rich in kaleidoscope veils of color, it debuted at Anthony d’Offay Gallery in London in the 1995 show “Gerhard Richter: Painting in the Nineties.” The estimate is $18 million to $20 million. Another Clapton-owned Richter, Abstraktes Bild from 1994, sold at Sotheby’s London in October 2012 for a then-record £21.3 million ($34.2 million). At the time, it was the highest price paid for any work by a living artist. Clapton had acquired that painting at Sotheby’s New York in November 2001 for $3.4 million.