Revenue figures from the major houses show an uptick in earnings in 2017.

Against a sullen February backdrop of sinking financial markets, global auction figures rose dramatically higher in 2017 for the major auction houses, with sales being led by Christie’s at $5.9 billion, Sotheby’s at $4.7 billion, and a distant-third Phillips at $625.4 million. In that same pecking order, Christie’s figures rose 33 percent, Sotheby’s rose 13.1 percent, and Phillips climbed by 25 percent.

Though predominantly a coin and collectibles business, Dallas-based Heritage Auctions tallied $815 million, down from $850 million in 2016, a result of a weakened U.S. coin market.

Keeping Heritage out of that percentage mix, a whopping 29.3 percent of those totals came from the postwar and contemporary-art sector, according to the London-based art data firm Art Tactic, while impressionist and modern art accounted for 21.5 percent of the pie. Another strength indicator, Chinese and Asian art auctions delivered 15.5 percent of the 2017 auction market, up a rousing 21 percent from 2016.

You don’t have to look far to see how Christie’s maintained its perch as market leader since it captured seven of the 10 most expensive artworks sold in 2017, famously led by Leonardo da Vinci’s rarified 16th-century painting Salvator Mundi, which fetched a jaw-dropping $450.3 million; Vincent van Gogh’s sun-dappled Laboureur dans un champ (1889), which sold for $81.3 million; and Fernand Léger’s modernist masterpiece Contraste de forms (1913), which sold for $70 million. 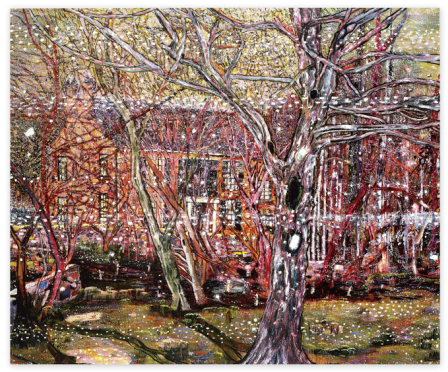 Phillips sold Peter Doig’s stunning and cinematic-like landscape from 1991 for a record $28.8 million

On the postwar front, Christie’s sold Francis Bacon’s expressionist triptych Three Studies for a Portrait of George Dyer (1963) for $51.7 million, Cy Twombly’s lyrical Leda and the Swan (1962) for $52.8 million, and Andy Warhol’s Leonardo-inspired and appropriated Sixty Last Suppers (1986) for $60.8 million.

Though lagging behind its archrival, Sotheby’s had plenty to crow about, especially the record-busting $110.5 million Jean-Michel Basquiat masterpiece from 1982, Untitled, which sold to Japanese e-commerce billionaire Yusaku Maezawa and ranks as the most expensive artwork sold for any American artist.

Jean-Michel Basquiat’s monumental canvas sold for an artist record $110.5 million at Sotheby’s in New York in May 2017. Photo: Courtesy Sotheby’s

On the classic car front, RM Sotheby’s racked up global sales totaling $526 million for the year, led by a race-proven 1956 Aston Martin DBR1/1 that fetched $22.6 million, a record for any British car sold at auction and the highest price for any car sold at auction in 2017.

There was also plenty of action at the boutique-scaled and Russian privately owned Phillips, which also boosted its private-sales, non-auction output to $83.5 million for the year, a healthy 23 percent increase over 2016.

Back in the auction arena, Phillips sold Peter Doig’s stunning and cinematic-like landscape from 1991 for a record $28.8 million as well as a double-sided, Roy Lichtenstein–painted bronze sculpture, Woman: Sunlight, Moonlight (1996), for $10.3 million—a record high for the artist in that medium. Those 20th-century and contemporary-art sales pumped in $421.8 million for the house, a 32 percent rise compared to 2016. The house also sold Paul Newman’s iconic Rolex “Daytona” wristwatch for a staggering $17.8 million, a world-record price for any wristwatch at auction, helping it secure its market share in that surging category.

Said Cheyenne Westphal, Phillips’ newly installed chairman and former contemporary-art rainmaker for Sotheby’s, “Our results reflect the growing confidence in the market as collectors respond positively to our curated and thoughtful sales.” 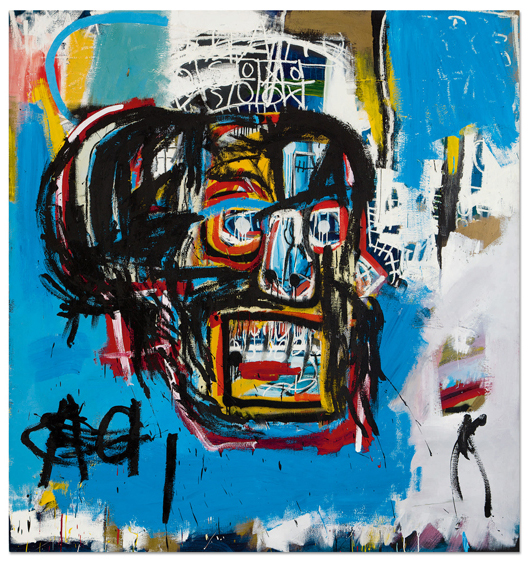 Sotheby’s had plenty to crow about, especially the record-busting $110.5 million Jean-Michel Basquiat masterpiece from 1982, Untitled, which sold to Japanese e-commerce billionaire Yusaku Maezawa and ranks as the most expensive artwork sold for any American artist

Returning to the private-sales arena—an important and prestigious area for the auction houses as they compete against private galleries—Christie’s $611.8 million tally dropped a chunky 35 percent for the year. That’s logical in the sense that nothing came close to the firm’s joint sale with the Rothschild family in 2016, when they sold two Rembrandt van Rijn portraits from 1634 to the Louvre and the Rijksmuseum for €160 million (roughly $197.8 million), the cost of which the museums will share. Christie’s is confident those numbers will rise this year since the house has gone back to a compensation scheme for its globe-trotting specialists.

“For me,” said Marc Porter, Christie’s chairman of the Americas, who recently returned to the house after a very brief sojourn at Sotheby’s, “the most interesting development for the year was the continuing confidence in the art market. This phenomena of spending these enormous amounts of money for the very rarest and the very best is holding true.”

Sotheby’s will report its private-sales figures in the next fiscal quarter, so the world will have to wait and see if 2017 exceeds the $640 million sold in 2016.

Tad Smith, CEO of Sotheby’s, is also confident about 2018, especially in light of the firm’s ability to attract new clients over a range of selling categories—a desirable development that “continues to trend upward.”