Skip to contentSkip to content
Blouin Artinfo
Another Green Light for the Market at Sotheby’s London
February 10, 2015 by Judd Tully 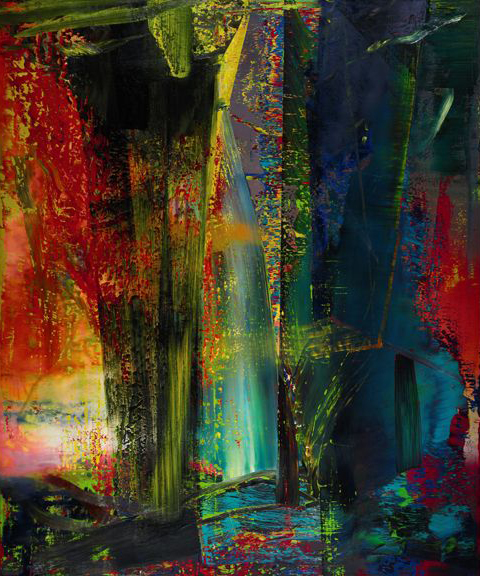 Only ten of the 75 lots offered failed to sell for a crisp buy-in rate by lot of 14 percent.

The result zoomed past last February’s £87.9/$144.55 million for the 47 lots that sold and represents the firm’s highest ever contemporary auction in Europe.

Sotheby’s guaranteed a minimum price no matter what the outcome for just five works outright and arranged three so-called irrevocable bids from interested third parties for a combined value of £7.95-10.7 million.

Both sold to anonymous telephone bidders.

Another Twombly, this one in pencil, wax crayon and oil on canvas and bearing a torrid title, “Crimes of Passion I” and the rock’n’roll steady provenance of Eric Clapton and dated from 1960, sold to another telephone bidder for £4,069,000/$6,199,935.

Yves Klein’s monochromatic beauty, “Untitled Blue Monochrome (IKB 92) from 1959, one of the third-party guaranteed entries, made £6,085,000/$9,271,714 (est. £3.6-4.6 million). It carried a so-called irrevocable bid, meaning a third party had pledged a minimum amount regardless of the outcome prior to the sale. Since it soared beyond its pre-sale estimate, the guarantor will receive a piece of that overachieving pie. It had last sold at Sotheby’s London in February 2006 for £960,000.

It carried a so-called irrevocable bid, meaning a third party had pledged a minimum amount regardless of the outcome prior to the sale. Since it soared beyond its pre-sale estimate, the guarantor, if outbid by others, will receive a piece of that overachieving pie.

Another Klein, the nude body, pigment smeared image “Untitled Anthropometrie”, executed during a live performance in Paris in 1960, and comprised of dry pigment in synthetic resin on paper, laid down on canvas, went to another anonymous telephone bidder for £4,181,000/$6,370,590 (est. £3-4 million).

Post-War, European abstraction continued its strong run with Lucio Fontana’s multi-slashed “Concetto Spaziale, Attese,” from 1965, boasting an almost record number of 23 slashes with a Stanley knife, sold to another telephone bidder for £8,381,000/$12,770,130.

The work, sold by a private Swedish collector, stands out as Fontana’s most reproduced painting, captured in black and white film by Harry Shunk as it was created.

Another high-performing entry from the Swedish collection, James Rosenquist’s Pop Art powered painting, “Beach Call,” featuring the reflection of a Kodak moment sunset covering the coin being dropped into a public telephone and dated 1979, sold for £641,000/$976,692 (est. £100-150,000).

The work was acquired by the seller in 1980, adding ammunition to the over-used phrase, ‘fresh to market.’

“It was really strong bidding,” said London dealer Lock Kresler of Dominique Levy Gallery, “especially for a lot of these works that had been tucked away in great collections for a number of years. It was really evident.”

Surprisingly, or so it seemed, Francis Bacon’s cover lot, “Two Studies for Self-Portrait” from 1977, with both panels featuring the artist with eyes closed and looking melancholic and depressingly faded, attracted little interest, scraping by on what appeared to be single bid from a telephone bidder at £14,709,000/$22,412,103 (est. £13-18 million).

It ranks as the seventh highest price for a Bacon self-portrait.

The eleven-page long catalogue entry didn’t help, not to mention the work had been shopped around in the trade before setting down on New Bond Street.

The stand-out performance of the evening was the guns blazing, telephone bidding battle for Gerhard Richter’s commanding “Abstraktes Bild,” a huge and early example of his more advanced technique, squeegeed painting that hit a record £30,389,000/$46,303,719 (est. £14-20 million). Tonight’s seller acquired the work at Sotheby’s New York in May 1999 for $607,500, at the time the highest auction price for a Richter abstract.

At several points during the bidding shoot-out, one telephone bidder blasted his bid from £15.5 to 17 million and again from £18 to £20 million, trying to scare off his opponent. The strategy didn’t work and seemed to inspire the other telephone to bid more.

No living European artist commands bigger prices than Richter. (The record for a work by any living artist is held by Jeff Koons’s “Balloon Dog (Orange)” from 1994-2000 that sold at Christie’s New York in November 2013 for $58.4 million.).

The seller acquired the work at Cologne’s Galerie Hajo Muller in 1987.

The market appears to be mostly poised on its toes, recognizing and snubbing less appealing examples of top-class artists, as in Kazuo Shiraga’s late and jarringly acid-yellow colored “abstraction, Dattan” from 1988 that bought in at £630,000 (est. £700-900,000).