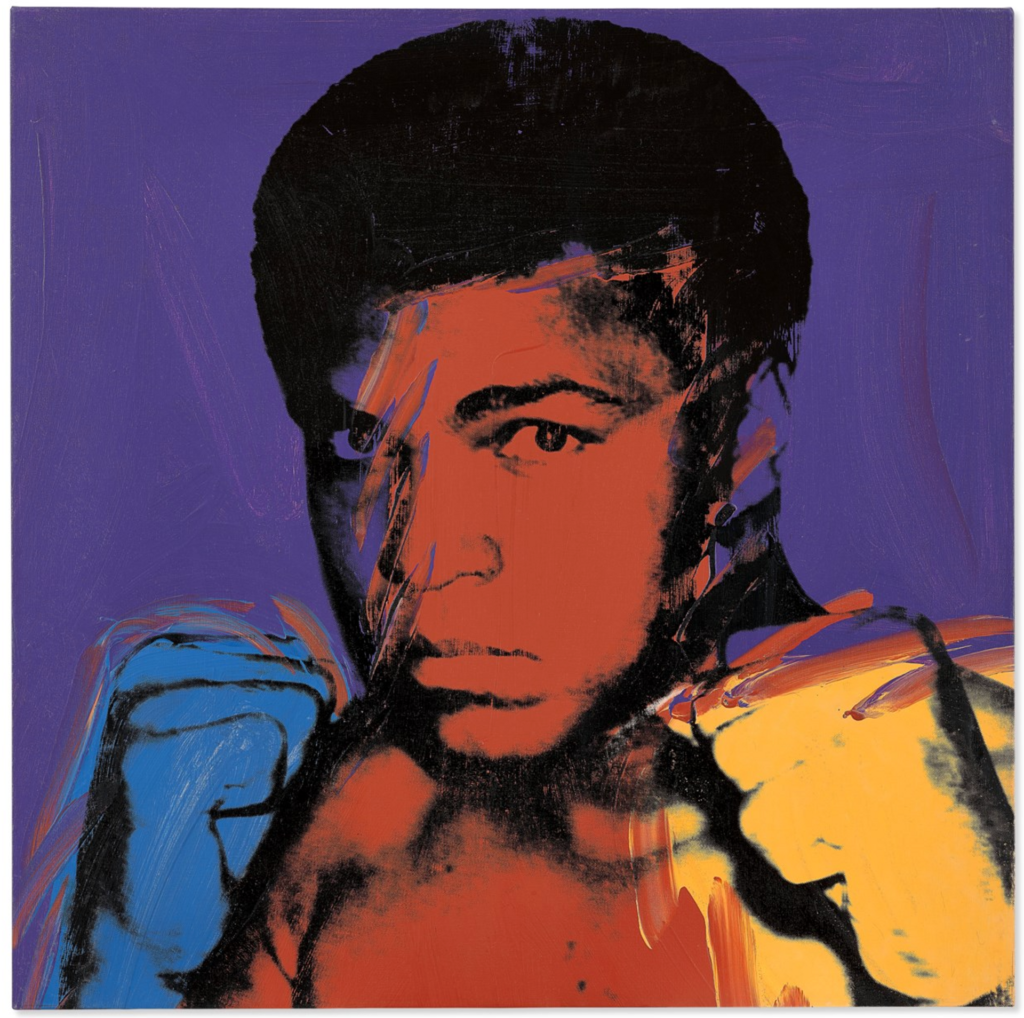 The tally, including fees, landed towards the high side of pre-sale expectations of $324.3m-$471m. (Estimates do not include the buyer’s premium). The hammer total was $362m.

Last night, five of the 59 lots offered went unsold for a trim buy-in rate by lot of 8%. A single artist record was set (for Lee Bontecou). Financial guarantees, both third-party and Christie’s alone were set in advance for 18 of the 59 works offered. 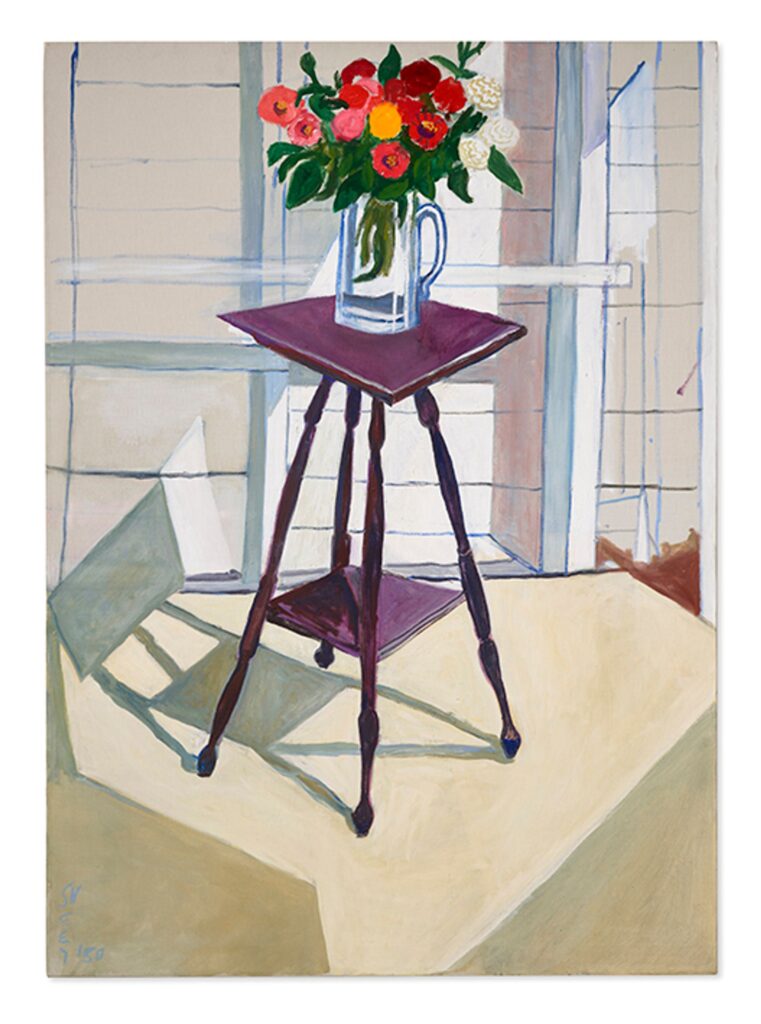 The mightily hyped cover lot consigned by the art mogul Peter Brant, Andy Warhol’s photo-realist portrait of his young friend and painting collaborator Jean-Michel Basquiat from 1982, featuring the artist in top knot coiffure and tie and jacket, flew to $34.7m ($40m with fees, est. on request in the region of $20m).

Widely referred to as one of Warhol’s infamous and still pungent “piss paintings”, the catalogue entry gently describes the work as metallic pigment, acrylic, silkscreen ink and urine on canvas. 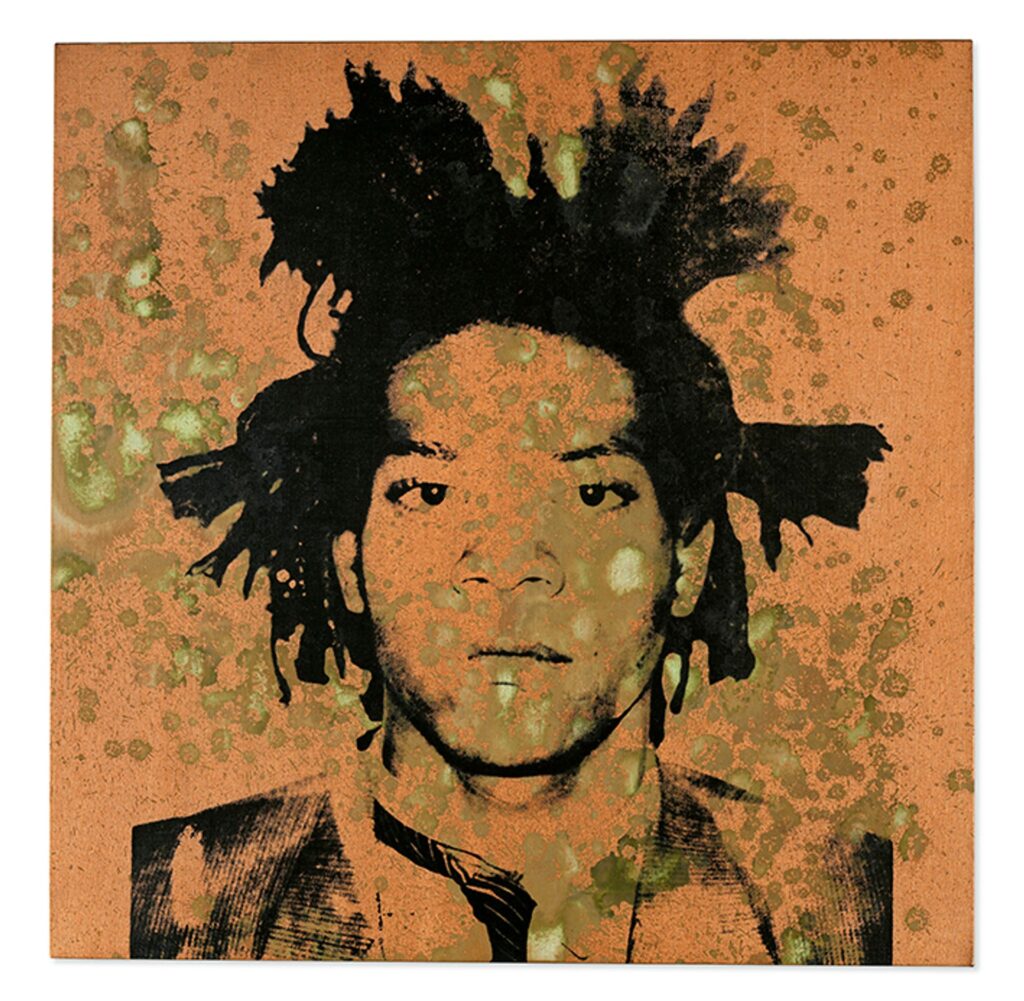 Brant acquired the 40in by 40in work privately in 2002 from the Mugrabi Collection that harbours the largest group of Warhols anywhere.

It was recently featured in the travelling retrospective organised by New York’s Whitney Museum of American Art, Andy Warhol: From A to B and Back Again in 2018-20 and came to market backed by a third-party guarantee.

The back-and-forth choreography continued with Pablo Picasso’s seated ruffian, Mousquetaire à la pipe II from 1968, featuring the long tressed character seated and puffing away on his long-stemmed pipe. It sold for $30m ($34.7m with fees, est. on request in the region of $30m). 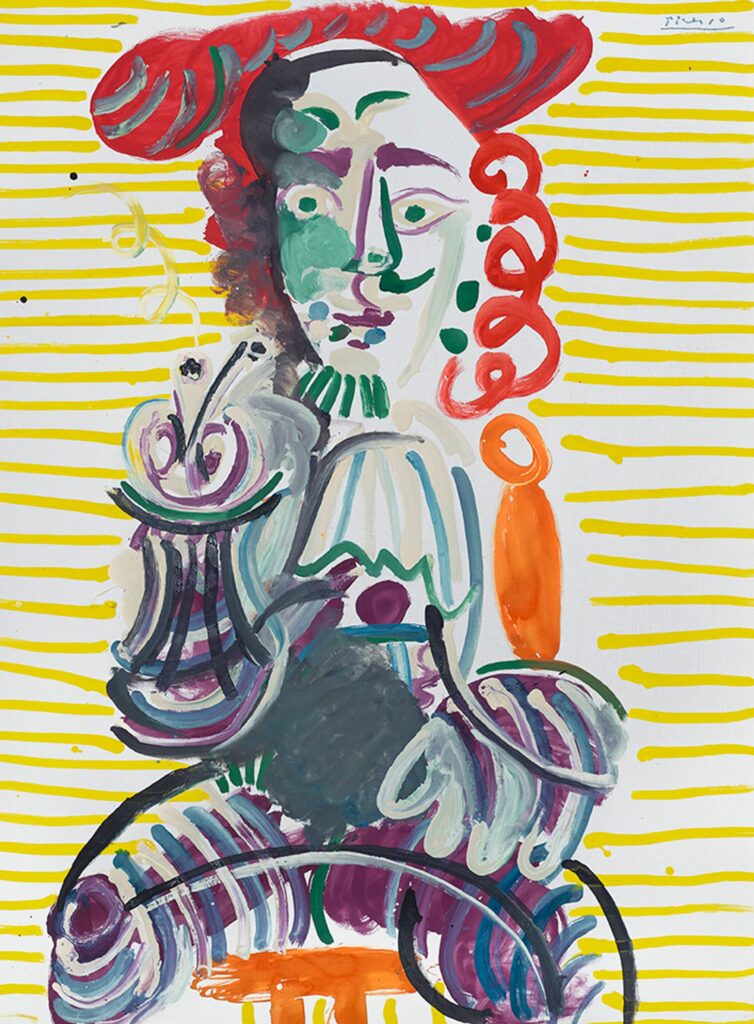 Back on American soil, at least by nationality, Cy Twombly’s lusciously marked, large-scale Untitled from 1961, executed in oil, wax crayon, graphite and coloured pencil on canvas sold for $30m ($32m with fees, est. on request in the region of $30m), while Joan Mitchell’s evocatively titled Butterfly Beach, a triptych in oil on canvas from 1971 fluttered to $5.2m ($6.3m with fees). Both came to market backed by third-party guarantees.

Combined with the Cox sale, Christie’s churned out a rather remarkable $751.9m evening.