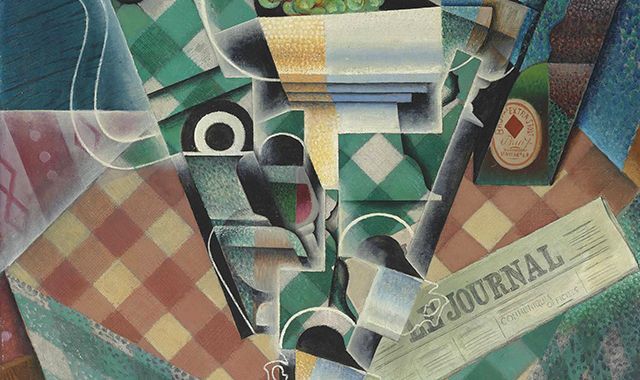 The mid-season round of London auctions got off to a meteoric start at Christie’s on Tuesday night with a rich mix of Impressionist, Modern and Surreal works selling for a total of £176,986,000 ($289,071,283). It was the highest tally in any category for any auction held in London.

Just eleven of the 76 lots offered went unsold, for a fourteen percent buy-in rate by lot and five percent by value. Thirty-five works sold for over a million pounds, 43 for over a million dollars. And perhaps more impressively, five works vaulted over the £10 million mark and eight over $10 million. Four artist records were set.

It ranked high with a number of other top-class offerings, including an Alberto Giacometti bronze deaccessioned by New York’s Museum of Modern Art to benefit its acquisitions fund. “Trois hommes qui marchent I,” from a 1951 cast and featuring rail-thin striding male figures, sold for £9,042,500 ($14,721,190), within the estimate of £6.2 million -£8 million ($10.5 million-$14 million).

Juan Gris’s Cubist orchestrated composition from March 1915, “Nature morte a la nappe a carreaux,” boasting his storied arsenal of tabletop still life elements from a Paris newspaper to a bottle of Bass Ale, rocketed past expectations and brought a record shattering £34,802,500 ($56,658,470), far above the estimated £12 million-£18 million ($20 million-$29 million).

Not surprisingly, the prolific artist and market maker Pablo Picasso was represented by several works, including the rather cloistered and gloomy Spanish Civil War-period “Nature morte au chandelier” from 1937, which sold for £3,554,500 ($5,786,726), inside its estimate of £2.5 million-£3.5 million ($4.1 million-$5.7 million).

A more ambitious work, both in size and valuation, was Picasso’s “Femme au costume turc dans un fauteuil” from 1955, depicting the artist’s raven haired future wife and muse, Jacqueline Roque, seated and attired in a harem-like outfit. But unlike the rarified Juan Gris, it didn’t capture the imagination of the salesroom and stayed close to the confines of its low estimate, selling for £16,882,500 ($27,484,710), with a £15 million-£20 million ($25 million-$33 million) estimate.

The 29-lot Surrealist portion of the evening featured its own catalogue and sale title, “Art of the Surreal.” The mysterious cover lot, Rene Magritte’s “Les chasseurs au bord d la nuit (The hunters at the edge of night)” from 1928, whose two male figures with their backs to the viewer were fresh off the wall of the blockbuster Rene Magritte exhibition at the Museum of Modern Art, sold for £6,578,500 ($10,709,798), with an estimate of £6 million-£9 million ($9.8 million-$15 million).

Oddly and rather dramatically, a trove of some 25 works by Miro-516″ style=”line-height: 1.5;”>Miro-516″>Joan Miro, “sold by decision of the Portuguese Republic,” were withdrawn from the evening sale at the eleventh hour, as were as 65 other Miros slated for the Christie’s day sale on Wednesday, “as a result of a dispute before the Portuguese Court, to which Christie’s is not a party,” according to a statement issued by the house. Many of the works had come from the late and great New York art dealer Pierre Matisse, whose inventory was acquired by Acquavella Galleries and Sotheby’s in a joint venture after his death in 1989, and eventually became the property of a Lisbon bank that tanked as a result of the 2008 financial crisis. The entire group had been expected to fetch in excess of £30 million.

The Impressionist and Modern evening action resumes Wednesday at Sotheby’s.