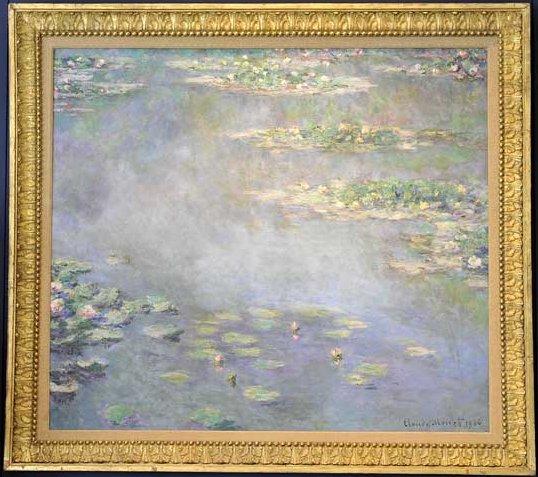 Only four of the 46 lots offered failed to sell, for a slim nine percent buy-in rate by lot. The result, including the buyer’s premium, came close to catching the high end of pre-sale expectations, pegged at between £86.2-123.9/$146.3-210.3 million. (Estimates do not include the commission fees. Twenty-six of the 42 lots that sold made over a million pounds and 34 sold for over a million dollars.

“The Krugier material was priced attractively in order to entice bidders and it succeeded,” said Philip Hook, senior international specialist in the Impressionist and Modern department of Sotheby’s London.

The Kandinsky also benefitted from a rehabilitated estimate; at its previous outing at the Christie’s Krugier sale it was pegged at $20-25 million and bought in.

Apart from the energetic 1962 Picasso from Krugier, there were eight other offerings by the artist sprinkled throughout the sale, all of which sold, including a jauntily outfitted Marie Therese Walter in a 29-by-23¾-inch composition from an otherwise unidentified private collection. “Portrait de femme,” from 1937, realized £5,346,500/$9,113,109 (est. £4-6 million).

While modern works stood out—including the auction-fresh and ahead-of-its-time Piet Mondrian abstraction “Composition with Red, Blue and Grey” from 1927, which sold to a bidder on the phone with David Norman, who heads Sotheby’s private sales division, for £15,202,500/$25,912,661 (est. £13-18 million)—a painting from the Impressionist epoch made the top price.

Many in the room assumed the underbidder was Asian, given that buyers from that continent have been helping the market keep its buoyancy, at least for correctly estimated works.

The painting was backed by a so-called irrevocable bid, also known as a third-party guarantee, meaning that it would sell no matter what happened in the salesroom. It probably needed that insurance since it bought in at its previous outing back in June 2010 at Christie’s London, when it was aggressively estimated at £30-40 million.

“A lot of buyers wouldn’t have been in the market in 2010,” Hook opined of the Monet in an interview after the auction—“especially those from the emerging markets in Asia, Russia and South America.”

The Monet didn’t break the £40.9/$80.3 million record for the artist set at Christie’s London in June 2008 for “Le basin aux nympheas” from 1919, but did set the second highest mark for the artist at auction.

“We benefitted from a series of realistically estimated properties,” Hook concluded, “which made the whole thing look pretty good.”

The evening action resumes at Christie’s London on Tuesday.

This entry was posted in Auctions. Bookmark the permalink.