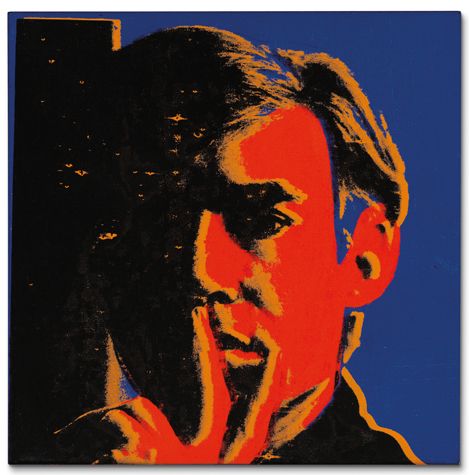 The art market juggernaut continued its seemingly unstoppable ride as Christie’s London Post-War and Contemporary Art evening sale snared an effortless £117.1/$178.4 million tally. Only five of the 62 lots offered failed to sell for a razor-thin buy-in rate by lot of eight percent. The tally fell comfortably midway between pre-sale expectations of £92.9-132.1/$141.6-201.2 million.

Estimates do not reflect the added on buyer’s premium to the hammer price, calculated at 25 percent up to £50,000, 20 percent for anything over £50,000, and up to one million pounds and 12 percent for anything above that figure. Christie’s fees at the moment are slightly lower than archrival Sotheby’s, which boosted its premium earlier this year.

The result trailed last February’s £124.1/$206.1 million performance for the 40 lots that sold and though robust, did not attain the fireworks shot off at Sotheby’s on Tuesday evening.

The notable exception to Europe’s dominance was the top lot (lot 26) and back cover masterwork, Cy Twombly’s elegantly looping blackboard painting “Untitled (New York City)” from 1970, composed in oil based house paint and wax crayon on canvas. It sold via a telephone that was manned by Xin Li, the firm’s client service star and deputy chairman of Christie’s Asia, for £19,682,500/$29,976,448 (unpublished estimate in the region of £16 million). It last sold at Sotheby’s New York in May 2012 for $17.4 million, and though guaranteed by Christie’s this round, probably not a long enough gestation for a killer return. Remarkably, according to Christie’s, 25 percent of the sold lots went to Asian bidders, out-gunning American buyers, who historically dominate.

London School painters also made waves as (lot 17) Francis Bacon’s powerful male figure in spectacles, “Study for a Head” from 1955 and protected behind its glass and gold hued frame, sold to another telephone bidder for £10,050,500/$15,306912 (unpublished estimate in the region of £9 million). Considered a part of his imposing and magisterial papal series from the 1950s, the subject isn’t saintly but obviously wields power.

“It must be double the record,” said London dealer James Holland-Hibbert, who chased the painting to its high estimate. “I bid quite strongly but I had a hunch I wouldn’t get it.”

Throughout the sale, Jussi Pylkkanen, the assured auctioneer and president of Christie’s Europe, glided through the offerings as a skipper might at the helm of a powerful, state of the art yacht. That sensibility was in sharp contrast to the Spartan character in Jean Dubuffet’s charming Post-War composition (lot 44) “Bedouin sur l’ane (Bedouin on a donkey)” from 1948, executed in oil and mixed media on canvas laid down on board. It sold for a peppy £2,658,500/$4,048,896 (Est. £1.3-1.8 million). David Nahmad was the underbidder. It came from the family of the original owner, who acquired the work in 1958.