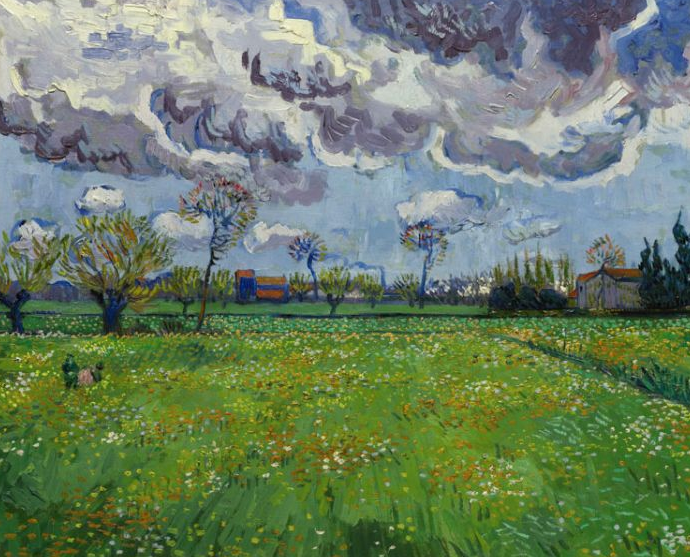 Sotheby’s New York delivered a solid and art market-reassuring Impressionist and Modern Art evening auction on Thursday, which brought $306,712,000 for the 36 works that sold.

The tally — goosed by the sale of Picasso’s Blue Period nude “La Gommeuse” for $67,450,000 — fell between pre-sale expectations of $275.6 million and $369.2 million, though the estimates do not reflect the buyer’s premium, tacked on to the hammer price of every lot sold. (Those fees are calculated on a sliding scale, starting at 25 percent of the hammer price up to and including $200,000, 20 percent of any amount in excess of $200,000 up to and including $3 million and 12 percent of any amount in excess of that.)

Five works sold for over $10 million, thirty-two made over one million, and one artist record was set. Eleven of the 47 lots offered failed to sell, for a slightly flabby buy-in rate of 33 percent by lot.

The workmanlike results trailed the $422.1 million total for 58 lots sold in the equivalent sale last November, which was led by Alberto Giacometti’s $100.9 million painted bronze “Chariot.”

New York dealer David Benrimon was part of the posse of underbidders on the Magritte. It had last sold at Sotheby’s London in February 2011 for £2,505,250/$4,029,676—a rather stellar appreciation for anyone who considers art an alternative asset class.

Another work on paper, Wassily Kandinsky’s dynamic watercolor “Ohne Titel” from 1923, densely packed with geometric forms, sold to a telephone bidder for a super-charged $5,738,000 (est. $2-3 million).

A short while later, a larger and later Kandinsky, “Vertiefte Regung (Deepened Impulse)” from 1928 sold to dealer David Nahmad for $6,410,000 (est. $6-8 million). It had last sold at Sotheby’s New York in May 2010 for $5,682,500. Call it a wash, given inflation; perhaps the work needed more time to decant before another go in this increasingly well-informed, picky market.

The stakes leaped higher with Kazimir Malevich’s rare-to-market abstraction “Mystic Suprematism (Black Cross on Red Oval)” from 1920-22, which represents the last restituted painting from Malevich’s heirs following years of protracted negotiations with the city of Amsterdam to retrieve the paintings that were held and exhibited in the Stedelijk Museum from 1958 to 2008. It came armed with a so-called “irrevocable bid,” meaning a third party had guaranteed a minimum bid assuring its sale if no other seekers emerged. It drew out two telephone bidders and made $37,770,000 (est. $35-40 million).

Tonight’s painting and others from that select group were first shown in Warsaw and Berlin in 1927, but Malevich was obliged to return to the Soviet Union later that year, unable to take the paintings home. He died there in 1935, and his German architect friend Hugo Haring, to whom he had entrusted the trove, eventually sold it to the Stedelijk. The family regained the work in 2008, and sold “Suprematist Composition” from 1916 at Sotheby’s New York that November for a still-standing record of $60 million.

Thursday’s compact sale also included some serious Impressionist-era art, including Gustave Caillebotte’s shimmering “Bateaux au mouillage sur la Seine à Argenteuil” from 1892, which sold to London dealer Jonathan Green for $6,746,000 (est. $5-7 million). The market for the artist, the least known of the French Impressionists, seems on the upswing since his exhibition at the National Gallery of Art in Washington, D.C., which closed last month.

And one of the evening’s top offerings, Claude Monet’s vertical-format “Nympheas” from circa 1908, measuring a living room-scaled 39 by 32 inches, sold for $33,850,000 (est. $30-50 million). It was the first of two super lots from the collection of William J. Koch, the billionaire energy baron and brother of David. Koch acquired the Monet at Sotheby’s New York in May 2000 for $8.3 million.

Koch also was the seller of Picasso’s early and sultry Blue Period nude, “La Gommeuse” from 1901, which sold to Zurich dealer Doris Ammann for the week’s top lot price of $67,450,000 (unpublished estimate in excess of $60 million).

One prominent Picasso art historian, Marilyn McCully, speculates in the auction catalogue essay on the painting that the unidentified raven haired singer/entertainer posed for Picasso in front of one of his paintings hanging in the artist’s studio.

The painting features the bonus of a relatively recent discovery on its back side: In 2000, after its lining was removed, a wicked caricature was revealed of Picasso’s mustachioed, Catalan anarchist friend Pere Manach, nude and squatting with female genitalia.

“La Gommeuse” was last exhibited at the Boston Museum of Fine Arts in the 2005 exhibition “Things I Love: The Many Collections of William J. Koch.” Koch acquired it at Sotheby’s London in 1984 for £1.3/$1.54 million.

“I think from that period, it’s probably the last great painting coming on the market,” said Georg Frei, Ammann’s partner, as they exited the salesroom. “It captures that period and all of the masterpieces of that era. There’s genius Picasso in it.”

Another Blue Period work by Picasso—yes, it was a big night for the artist— a ravishing pastel depicting a long-haired nude with one blue stocking-clad leg, “Nu aux jambs croisées” from 1903, sold for $12,010,000 (est. $8-12 million). That work was part of an impressive trove of 11 works from the late Swiss collectors Louis & Evelyn Franck who had the works on long-term loan to the Fondation Pierre Gianadda in Martigny.

The composition seems to have two personalities, with its sky loaded with fast moving and seemingly menacing clouds about to unleash a squall over a bucolic meadow below, studded with wildflowers, in which several figures enjoy the spring day.

“Les Poissardes mélancoliques” from 1892, showing two matronly fishmonger figures seated in a room among leering skulls and other curiosities, sold to a telephone bidder for a record $6,970,000 (est. $3-5 million). The painting has been widely exhibited, including in the Museum of Modern Art’s Ensor retrospective in 2009.

The 11 paintings from the late Swiss collectors, of which ten sold, contributed $98,498,000 to the evening tally, comfortably midway between pre-sale expectations of $82-117 million.

None of the Koch or Franck works carried any kind of financial guarantee, so these prices are valuable indicators of what the market will currently bear.

“It was a small sale,” said Simon Shaw, Sotheby’s co-world wide head of Impressionist and Modern art in a post-sale comment, “but it packed a real punch.”

The auction house was also keen on reporting that the day-sale section of works from the A. Alfred Taubman collection earlier on Thursday garnered $42.7 million, including a record $3.7 million for “Dame Mit Federhut” by the Austrian expressionist painter Richard Gerstl, which was bought for New York’s Neue Galerie. It raised the Taubman tally to $419.7 million.

The evening action resumes on Sunday at Phillips’ sale of 20th Century and Contemporary Art.