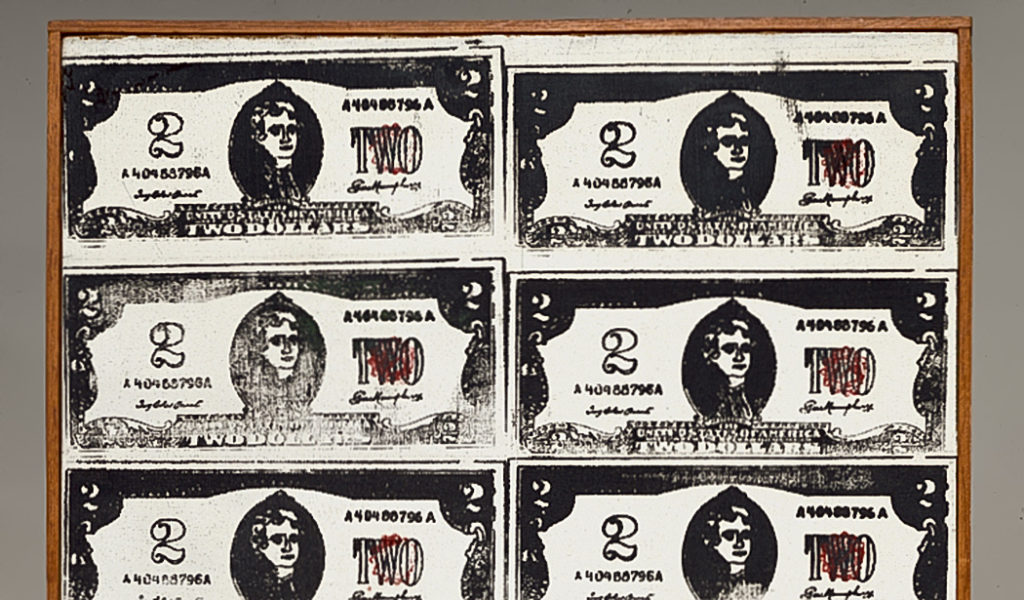 The global art market breathed another collective sigh of relief this evening after the Christie’s Post-War & Contemporary art auction delivered a rock-solid £39,566,000 ($53 million) result, with very few casualties. The tally, including fees, topped pre-sale expectations of £26.3 million to £37.7 million ($35.1-50.3 million). The hammer total was £33.7 million ($44.8 million). (All prices reported include the buyer’s premium, calculated at 25 percent of the hammer price up to and including £50,000, 20 percent of the part over the hammer price up to and including £1 million, and 12 percent for anything above that; estimates do not reflect premiums.)

Still, the evening’s robust result pales next to the £95.6 million ($150 million) earned on 66 lots sold in last June’s auction in the same category at the house. In this respect, the session followed a trend among the London contemporary sales this month, indicating a tightening market in the category.

The atmosphere lightened with Hurvin Anderson’s 2005 wide-angle, misty landscape “Untitled (Lower Lake),” which a telephone bidder picked up for £362,500 ($484,000) against an estimate of £300,000 to £500,000 ($396-660,000). This was one of four works sold by the British antiques dealer Gordon Watson, who famously banned the leather-clad Freddie Mercury from his shop because he mistakenly thought the Pop star was a robber.

Another group of works was consigned by film star Johnny Depp. One of these was the early, 1981 Jean-Michel Basquiat “Self-Portrait.” in acrylic, oil, oil stick, and paper collage on three hinged wooden panels. The picture, resembling a religious altar piece, was won after a long battle against a telephone bidder by New York dealer William Acquavella, who laid out £3,554,500 ($4.7 million) against an estimate of £1 million to £1.5 million ($1.32-2 million). It last sold at auction at Christie’s New York in November 2000 for $578,000.

Another Depp Basquiat, “Pork,” also from 1981 and executed in acrylic, oil and oil stick on glass and wood with fabric and metal attachments (otherwise known as a door), sold to a telephone bidder for the evening’s top price of £5,122,500 ($6.8 million) against an estimate of £2.5 million to £3.5 million ($3.3-4.6 million). Judging by the nationality of the client service specialist taking the winning bid, the buyer may have been Asian. The work had been included in the 2010 Fondation Beyeler Basquiat retrospective and other key museum exhibitions.

The sale also contained some Pop art entries. Roy Lichtenstein’s 1963 literal depiction of diner culture, “Mustard on White,” hand-painted in Magna on Plexiglas, went to another telephone bidder for £962,500 ($1.3 million), below the estimate of £1 million to £1.5 million ($1.32-2 million). Originally part of the famed New York collection of Victor and Sally Ganz, the painting had been on loan to the Tate Gallery since 1993.

Another Pop piece with a rich provenance, Andy Warhol’s totemic 1962 “Two Dollar Bills (Fronts) (40 Two Dollar Bills in red)” possessed the size (83 inches high by 19 inches wide), subject matter— an homage to money, bearing the face of Thomas Jefferson — and extensive exhibition history of a prime contender, and on top of all that it was one of the artist’s earliest silkscreens. The work, executed in silkscreen ink, acrylic, and pencil on linen, sold to the telephone for £4,450,500 ($6 million) against an estimate of £4 million to £6 million ($5.3-7.9 million). The underbidder was New York and London dealer Per Skarstedt. It last sold at auction at Sotheby’s New York in November 1988 for $319,000.

Back among the blue-chip entries, Yves Klein’s otherworldly, 25-inch-high, flower-shaped 1959 “Sculpture éponge bleue (SE 284),” in dry pigment and synthetic resin on natural sponge and stone base, was snagged by a telephone bidder for £3,218,500 ($4,.3 million) against an estimate of £2.5 million to £3.5 million ($3.3-4.6 million). Remarkably, or so it seemed from a distance, the same telephone bidder, with paddle number 866, bought three other works during the evening.

The evening’s most expensive offering —with an unpublished estimate in the region of £14 million ($18.6 million) — the cover lot, Gerhard Richter’s 1994 towering and kaleidoscopic, 98-by-78½-inch oil on canvas “Abstraktes Bild (811-2),” resplendent in squeegee swipes of rich color, was pulled by the owner immediately before the sale. The eleventh-hour withdrawal sank Christie’s chance of surpassing archrival Sotheby’s tally on Tuesday evening. More importantly, it signified a lack of confidence in the market for high-priced works, at least on the part of the seller, who had consigned the work without any form of financial guarantee.

Also missing from this sale were a number of top postwar offerings that Christie’s cherry-picked for its one-off “Defining British Art” evening auction on Thursday (June 30). Among them are major works by Bridget Riley, Francis Bacon, Frank Auerbach, Glenn Brown, and Lucian Freud, collectively estimated at £42.1 million to £60.9 million ($55.6-80.4 million). It is impossible to say what those lots would have done if included in this evening’s sale, given that the aftershocks of Brexit are still shaking the salesroom. Tomorrow evening will give an indication.

More modestly sized, Georg Baselitz’s 1966 oil on canvas “Der Halbierte (The Halved),” depicting a brawny woodsman hero, went to a telephone bidder for £1,426,500 ($1.9 million) against an estimate of £900,000 to £1.2 million ($1.2-1.6 million). It carried a third-party guarantee, meaning an outsider teamed up with Christie’s to back the painting, no matter what happened in the salesroom. One takeaway from the week is that after seasons of offering these deals with a free hand, the major auction houses have cut back, and as a result fewer top-class lots are entering the auction arena.

The evening demonstrated an appetite among buyers for Expressionist works, as Spanish painter Miquel Barcelo’s 1991 huge bull-fighting-themed canvas “Pinassi” muscled its way to £1,706,500 ($2.3 million) against an estimate of £1 million to £1.5 million ($1.32-2 million). The buyer was Skarsted, and London dealer Edmund Peel was the underbidder.

Of the three artist records set, one went to Sean Scully’s brawny 1992 abstraction “Eve,” executed in oil on three canvases, which brought £902,500 ($1.2 million). The winning bidder was sitting in the front row next to London dealer Timothy Taylor, who represents Scully in London. Another record went to Manolo Millares’s darkly powerful 1959 abstraction in mixed media on burlap, “Untitled (Composition) Painting no. 4,” which sold for a record £842,500 ($1.2 million), soaring past the estimate of £300,000 to £400,000 ($396-528,000). The buyer was the ubiquitous telephone bidder bearing paddle number 866.

“There was this sense in the room that all was well,” said Jussi Pylkkanen, Christie’s global president and the evening’s auctioneer. “And it was very palpable to me.”