Market heights have created a boom of artist-endowed foundations, charged with enhancing legacies and giving back.

In the last days of the art world’s usual August break were interrupted by a host of captivating headlines. Of particular interest were those surrounding the Robert Rauschenberg Foundation, where three trustees, all close friends of the artist during his lifetime, claimed they were entitled to $6o million in fees—a sum a foundation representative broke down to be around $40,000 per hour. At the time of the filing foundation president Christopher Rauschenberg, the artist’s son, put out a statement asserting his confidence that a “court will make a ruling that is fair and consistent with my dad’s intent to promote his foundation and better the world.” In the past year, the Rauschenberg Foundation has expanded its artist grants from 7 to 95, assisted hundreds of artists affected by Hurricane Sandy, and donated more than ioo works of art to American museums.

The Rauschenberg Foundation represents a rarely discussed dividend of the high-flying postwar and contemporary art market: the growing number of nonprofit artist foundations that burnish the legacies of their creators and provide an invaluable benefit to artists and arts organizations as grant- and gift-giving entities. “There were always wealthy artists in the history of American art, perhaps one or two per generation,” says Christine Vincent, director of the Aspen Institute’s zoio national study of artist-endowed foundations, which identified some 300 such organizations with a total of $2.7 billion worth of assets. “But in this generation numerous artists have created wealth, tracking very closely with the expansion of the art market.”

That was evident at Christie’s New York in May zoo6, when 25 artist works from the Donald Judd Foundation sold for $24,468,800, following a critically acclaimed exhibition curated by the artist’s son, Flavin. “They had a very specific need to raise a lot of cash,” says Robert Manley, head of postwar and contemporary art at Christie’s New York, “and the foundation liked the idea of elevating Judd on the international platform that only an auction house has.” Manley notes a number of the buyers were Asian, furthering Judd’s stature in that part of the world. 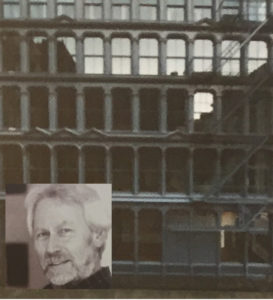 The Judd Foundation renovated the artist’s New York home and studio, now open to the public, for $23 million.

“It brought Judd back to the forefront, giving the work a tremendous boost,” says Barbara Hunt McLanahan, former director of the foundation and currently executive director of the Children’s Museum of the Arts in SoHo. The sale also created an endowment to hire staff and “continue the work Judd had set for it,” she adds, including preparation of a catalogue raisonne, conservation of the works held by the foundation, maintenance of real estate in New York and Marfa, Texas, and development efforts to raise additional funds for revitalizing to’ Spring Street, the artist’s former residence and studio in Manhattan, which is now open to the public by appointment after a $23 million renovation.

But mounting a single-artist-auction to benefit a foundation is a rarity. Typically, the heavy lifting of art sales is done daily through dealers, often the same ones who worked with the artist during his or her lifetime. Although the gallerist’s mission remains essentially unchanged—the placement of work in collections that will heighten an artist’s reputation—sales to museums, sometimes bolstered by partial or outright gifts from a foundation, instantly expand the artist’s public persona. “You like to see a painting go to a museum, which is true for either a living artist or a foundation,” says James Yohe, a partner in New York’s Ameringer McEnery Yohe gallery. By virtue of their board connections and potential to make gifts, however, foundations usually end up developing relationships independent of dealers. “Often we start the ball rolling and make the introduction, but the foundation closes the deal,” says Yohe. Of course, the dealer then benefits when prices for private sales increase.

“Last year we made an outright gift of three paintings to the National Gallery of Art,” says Kathleen Shields, executive director of the Albuquerque-based Frederick Hammersley Foundation which oversees work by the hard-edged abstractionist. “Jim Yohe made the connection for us with Harry Cooper, the curator of modern art,” she notes. “We were delighted when the paintings went there,” adds Yohe.

We’ve given hundreds of paintings to museums,” says Nicholas Fox Weber of the Josef and Anni Albers Foundation.

The importance of museum acquisitions and exhibitions is evident in the Museum of Modern Art’s 2010-2011 “Abstract Expressionist New York” show, which included pieces by Dorothy Dehner, the late sculptor and first wife of David Smith, alongside works by Louise Bourgeois and Louise Nevelson. “After Dorothy was in the show,” says Joan Marder, president of the Dorothy Dehner Foundation for the Visual Arts, “it really raised her visibility, and I noticed it in terms of sales.”

After MOMA acquired Dehner’s 1969 Encounter, a six-part bronze that was part of the exhibition, for an undisclosed price, the 128-year-old Kraushaar Galleries, which represents the foundation, saw more sales. Additionally, Dehner’s previous auction high, $26,400 for a bronze, almost doubled this past July at Christie’s New York when another Encounter, a 1969 141/2-inch bronze, earned $43,750, soaring past its $4,000-to-$6,000 estimate. 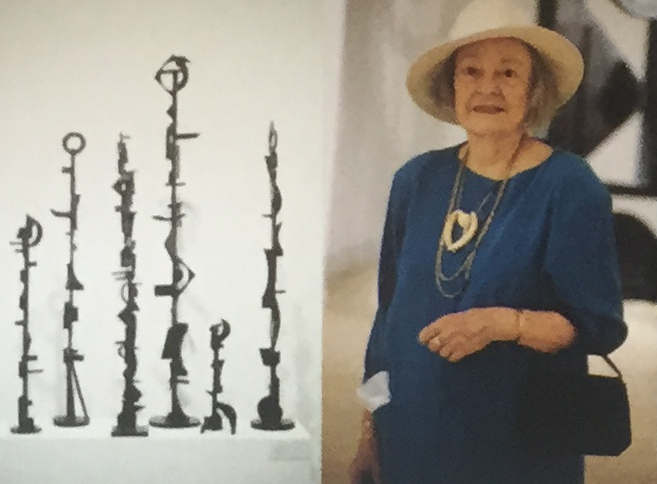 Ameringer Mcenery Yohe also represents the artist foundations of Robert Motherwell, Esteban Vicente, and George McNeil, as well as the Renate, Hans, and Maria Hofmann Trust. “It’s not unlike dealing with living personalities,” says Yohe. “Not all foundations are the same. They’re run by a board of directors and they have an agenda. We do our best to make them happy.”

As with the Rauschenberg Foundation, politics, personalities, and past relationships play a significant part in determining how assets are distributed for philanthropic activities as well as a foundation’s daily operations—and things can get messy. The original Mark Rothko Foundation was disbanded after its trustees were put on trial in New York for secretly turning over control of the estate’s nearly 8oo paintings to the Marlborough Gallery for a fraction of their real worth in 1974. In its short life, the foundation gave approximately $245,000 to some 99 artists and writers, including Walker Evans, Loren Mclvor, Nelson Algren, and Susan Sontag, according to Lee Seldes in her 1978 exposé, The Legacy of Mark Rothko. But Rothko’s wishes—that his estate be used to make grants, specifically to older artists—were cruelly short-changed by litigation and scandal.

A skeptical assumption regarding the trend to create foundations is a non-profit’s ability to alleviate estate taxes. But the Aspen Institute study indicates that 6o percent of artist-endowed enterprises with at least $1 million or more in assets are those where the deceased artist had no immediate heirs. The real concern is “how do we provide for the stewardship of our life’s work in a way that has a public benefit?” explains Vincent.

Like other heads of artist foundations that are rich in material but not in cash, Marder maintains the Dehner Foundation’s nonprofit status by annually deaccessioning 5 percent of its assets as charitable donations. Works are gifted to venues such as the Hyde Collection in Glens Falls, New York, which Dehner often visited when she lived in nearby Bolton Landing with David Smith. “My criteria are educational institutions or somewhere that has a direct connection with Dorothy,” says Marder.

In an age of shrinking acquisition funds, the dance between foundations that have works to give and museums that have exhibitions to barter is becoming more common. Says Nicholas Fox Weber, executive director of the Josef and Anni Albers Foundation, “I’ve been working on placing major Albers shows for some 3o years,” including the recent celebration of Albers’s 125th birthday at the Galleria Nationale dell’Umbria in Italy. “Most of the shows that have taken place have been initiated by us,” says Weber. 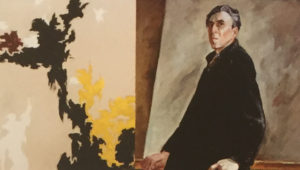 Like a number of multifaceted agencies, the Albers Foundation, established by the artist in 1971, supports activities from maintaining studios for residencies to archiving the artist’s life work. It also supports educational programs that reflect Albers’s desire to promote “the revelation and evocation of vision through art.” In 1983, seven years after the artist’s death, his widow, Anni, and the foundation made a gift of 300 works to the Josef Albers Museum in Bottrop, Germany, the artist’s birthplace, upon its opening. “We’ve given hundreds of paintings to museum collections,” says Weber, “including 64 to the Yale Art Gallery” as well as gifts to the Pompidou in Paris and the Los Angeles County Museum of Art.

While single-artist museums—such as the Judd Foundation venues—are relative rarities on the artist-endowed foundation landscape, foundations may foster independent entities. The Georgia O’Keeffe Museum in Santa Fe received the lion’s share of its collection as well as the artist’s Abiquiu home and studio property in 2006, when the artist’s foundation officially dissolved. Although Clyfford Still never established a foundation, his Denver museum resulted from the artist’s unusual stipulation that his entire estate be given to an American city willing to establish a permanent institution dedicated solely to his work. The museum opened in November 2011, the same month the city sold four of the artist’s paintings at Sotheby’s New York for some $114 million and banked the proceeds for the museum’s endowment. 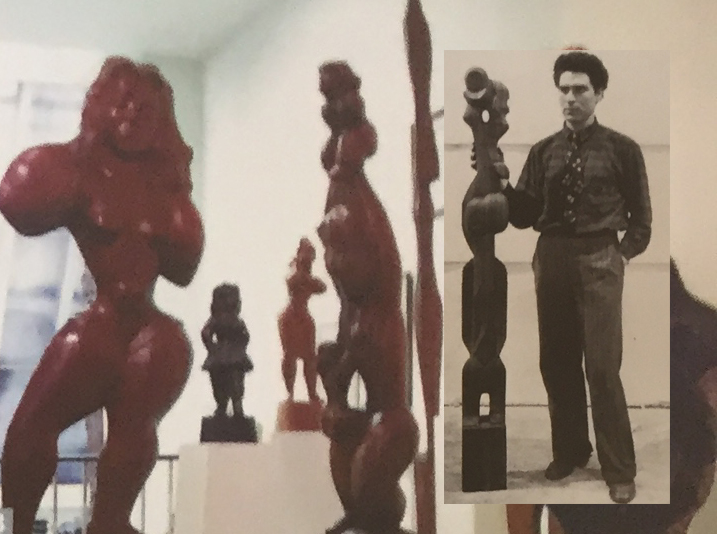 On a smaller scale, the Renee and Chaim Gross Foundation operates out of the late sculptor’s Greenwich Village town house, where it maintains an extensive collection of his work as well as his world-class holdings of African, Oceanic, and pre-Columbian art. Last year the foundation staged the exhibition “Nigerian Sculpture from the Renee and Chaim Gross Foundation.” The 75 objects on view included two bronze sculptures by the artist that showed the direct influence of African art on his practice.

Foundations are often the first line of defense in authentication, although a number of organizations, including those of Keith Haring, Roy Lichtenstein, and Andy Warhol, have dropped the practice as a result of actual or threatened lawsuits. “Authentication is a serious dilemma for any foundation,” says Sanford Hirsch, executive director of the Adolph and Esther Gottlieb Foundation, who sees authentication as an obligation. “If we didn’t voice an opinion as to whether something is or isn’t by Gottlieb, no one after we’re gone will be able to do that with any certainty. We don’t charge anything to do it. We do it as part of Gottlieb’s legacy.” The foundation is preparing and researching what will become an online catalogue raisonne of the artist’s works, perhaps the most complex and costly endeavor an artist foundation can undertake.

With missions as diverese as the artists whose work they enshrine, a broad range of programming is possible. “The foundation’s mission,” says Christy MacLear, executive director of the Rauschenberg Foundation, “is not simply to increase the value of Rauschenberg’s art. Rather, our mission is to increase public awareness of Rauschenberg’s work and to foster scholarship on his art and collaborations. To that end we have been focused on strategic sales, placement, and loans to ensure the broadest access to the work.”

The increasing influence and ambition of foundations is evident in the recent appointment of Elizabeth Smith, the former executive director of curatorial affairs at the Art Gallery of Ontario, to run the recently vested Helen Frankenthaler Foundation in New York. A year after the artist’s death at age 83 in 2011, the agency reported assets of artworks and other property valued at $22.3 million. Smith will work with board chairs Clifford Ross and Fred Iseman, the artist’s nephews, to “shape what the organization does, how it’s structured, and how it chooses to undertake its charitable and educational activities.” She’ll establish a Web presence and undertake a catalogue raisonne of the artist’s paintings, but the first task will be to write a mission statement that will preserve and promote the artist’s legacy in addition to determining potential granting areas beyond the art world as “a way to think about what the artist’s values were, what she cared about, and how her legacy as an artist and a person can best be perpetuated.”

As Rauschenberg himself once said, “art can change the world.”