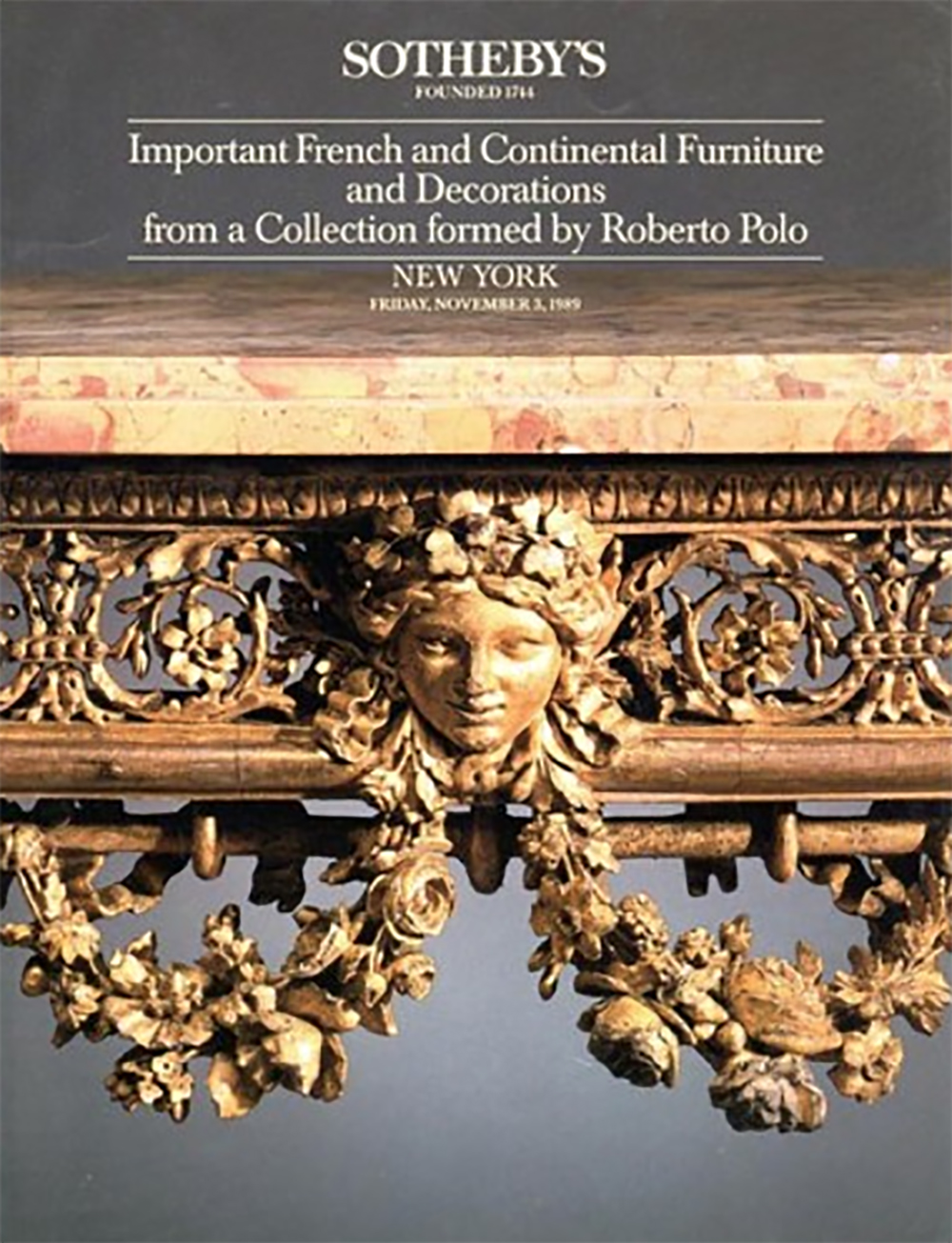 A French court has ordered the auction of the remaining art collection of fugitive financier Roberto Polo, estimated to be worth in excess of $10 million.

In November 1989, Sotheby’s sold 133 lots of Polo’s widely admired collection in New York — at the direction of the IRS — for $9.8 million. It was an American record for a single-owner sale of French and Continental furniture.

Sotheby’s will handle the “international marketing” of the Polo collection, according to an announcement today. Current French laws prevent foreign auction houses from conducting sales there, though a recent European Court of Justice decision struck down parts of this restrictive practice, opening up opportunities for a future invasion.

“We’re expecting well over $10 million,” said Robert J. Reger Jr. of the New York law firm Reid & Priest, which represents some of Polo’s international cast of creditors. “It could be double or triple that amount, depending on the market, so it’s a speculative figure at the moment.”

Reger says Polo’s creditors were systematically bilked of some $130 million during the 1980s. One of Reger’s clients, a Central American businessman, invested $50 million in the Polo venture. Aside from investing in conservative certificates of deposit — with much of the money parked in now-failed S&Ls such as Maryland’s Old Court Savings & Loan and First Maryland Savings and Loan — Polo’s Private Asset Management Group looted the CDs and invested in enriching the Cuban-born financier’s much-written-about lifestyle.

Interpol has an arrest warrant out for Polo, 40, a former Citibank Private Banking executive. He disappeared in Italy and became a fugitive in 1989 after serving a brief time in jail while Switzerland was trying to extradite him. U.S., French and Swiss courts have upheld creditors’ claims. Polo defaulted in every case.

Ader Picard Tajan is appraising the 150 lots that once decorated Polo’s Paris apartment.

“It’s hard to understand how he did it,” Reger said.