As a preppy-looking sign painter dabbed some distinctive touches over the exhibition entrance of “Vienna 1900: Art, Architecture and Design” at the Museum of Modern Art, Ronald S. Lauder, the 42-year-old recently appointed U.S. ambassador to Austria, strode across the lobby, a blur in pin stripes.

Lauder is also a trustee of the museum and along with his mother, cosmetics doyenne Estee Lauder, and older brother Leonard Lauder, contributed the lion’s share of funds for this breathtakingly lavish exhibition that has transformed the museum’s ground floor and outdoor garden into a Viennese fantasy.

Chatting in one noisy corner of the lobby, the ambassador spoke at fast forward speed with just the slightest hint of a New York accent. 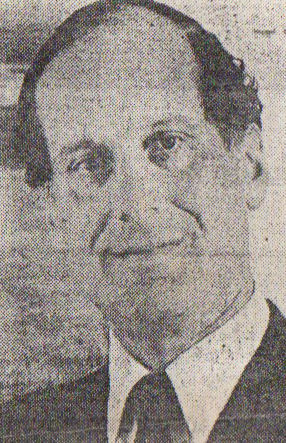 “This type of art,” tapping the cover of a magazine reproduction of an Egon Schiele painting, “has always been sought after by my entire family, not just myself. As a family, we’ve collect-ed it. There’s no rhyme or reason what picture is owned by whom. It all works together.

“I’m interested in watercolors and drawings. I have furniture from the period, I have paintings, I have across-the-board, as does my brother, as does my mother.”
Exhibition labels identifying owner-ship resound with the Lauder name, from an oversized 1898 poster of the Vienna Secession Building by the ar-chitect Josef Maria Ulbrich, to a crisp-lined “Cafe Musewn” side chair by the famed architect-designer Adolf Loos, to a sneering pencil and water-color portrait of the oddly posed “Dr. Erwin von Graff” by Egon Schiele. But it was the diplomatic coup staged by Lauder that enabled MOMA to borrow from the Oesterreichische Galerie in Vienna two masterpieces by Gustav Klimt. They have never been shown outside of Austria before and they electrify this exhibition.

Both pictures, “The Kiss” and “Adele Bloch-Bauer I,” were painted in 1907 and the surfaces still sparkle with flecks of gold leaf. Nearly six feet square, “The Kiss” is a breathless cloak of desire. The lovers float on a purple bed of poppies with a psychedelic clashing of mosaic patterns. “We weren’t sure we were getting the pictures up until the eleventh and a half hour,” said Lauder. “We spent hundreds of hours discussing with the Austrian government, the Austrian museums and conservators how to get these paintings over here.

“Once we got the approval to get them out, we spent other hundreds of hours discussing what type of plane could be used so the paintings could stand upright—they couldn’t lie down. We finally got a Lufthansa freight plane to make a detour, stop in Vienna and put the pictures on board in a special compartment made for them. “It was a huge undertaking,” he said. “I don’t want to have it appear,” he continued, “that I spent all these hours as part of my ambassador’s duties. I did it in my spare time, a great deal of it in the evenings. When I first discussed the exliibition it was may be-fore I knew I would be ambassador.” Lauder, who became ambassador May 1, previously served as deputy assistant secretary of defense for Eu-ropean and NATO policy. Prior to his stint in the Pentagon, Lauder was executive vice president and chairman of Estee Lauder International and had been finance chairman of the New York State Republican Party.

Asked if the exhibition would soothe any U.S.-Austrian tensions caused by the election of Kurt Wald-heim—whose inauguration is just five days after today’s opening of the MOMA show—the ambassador poked the air for a silent moment.

“This exhibition of great Austrian art of 1900 and the inauguration of Kurt Waldheini on July 8 are two completely different aspects. is like trying to tie together the Spanish-Anieri.n War with what is happiming today in the United States. ‘there is no connection whatsoever.” Due to what he says is personal business, Lauder will be in the United States July 8 mid not attend the inauguration.

Outside in the sun-drenched sculp-ture garden, a full-scale, open-air Vi-ennese cafe put up specially for the exhibit and designed in the Secession style, listed the top pastry item on the menu as “sachertorte mit schlag.” It is a small footnote that Lauder’s prede-cessor as ambassador to Austria, Helene Von Damm, left her post in February after marrying Peter Guertler, owner and manager of Vienna’s famed Hotel Sadler, the provenance of that $4 slice of chocolate cake.