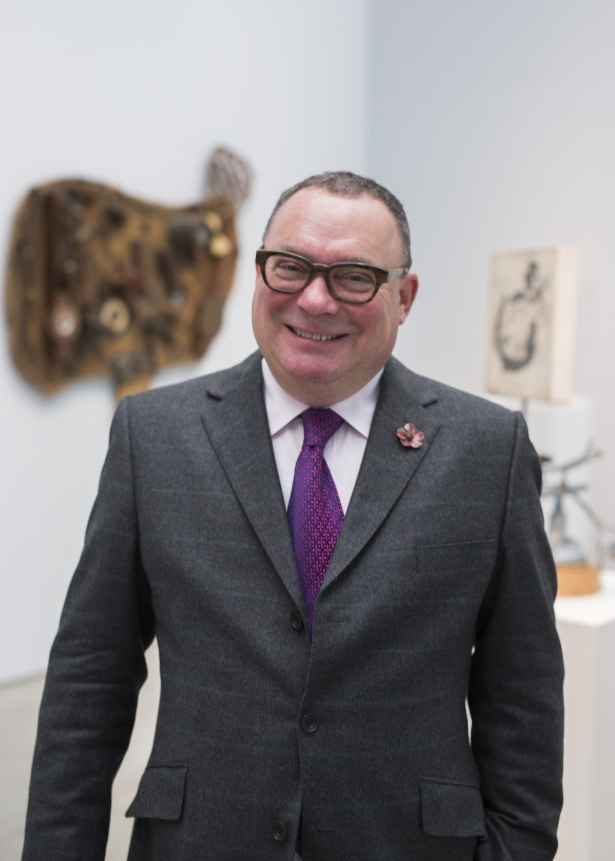 In a bid to enhance its fledgling roster of 175 international dealers, Invaluable, the Boston-based e-commerce site for fine art, antiques, and collectibles whose fixed-price retail offshoot, “Buy Now,,” launched last Spring, has added seasoned Chelsea dealer Paul Kasmin to its advisory board, which is headed by former Sotheby’s CEO William Ruprecht.

The move is also significant for Kasmin, who is eager to broaden the reach of his brick-and-mortar mini empire of three galleries and expose it more effectively online.

“This is how everything seems to be going,” Kasmin said during a recent interview at his flagship Tenth Avenue gallery. “So I better start pulling up my socks.”

The dealer, an acknowledged “non-techie,” has appreciated the reach of the Internet as a tool for researching artists whose estates he represents, like Constantin Brancusi and Lee Krasner — whose estate the gallery started representing in the guise of the Pollock-Krasner Foundation in December.

The gallery, which is it is in the early stages of producing an updated catalogue raisonné of Krasner’s work, began representing her with a bang at December’s Art Basel in Miami Beach, when Kasmin sold the mural-scaled “Another Storm” from 1963 for $6 million. But despite more traditional successes like that, reasons Kasmin, “why not [also] find out the best way to sell art online?”

Asked if he’s lost any gallery friends for consorting with the likes of Ruprecht and Invaluable’s lengthy roster of partnering auction houses, which use the site’s nimble platform for conducting both live and timed auctions, Kasmin was sanguine.

“People thought I was completely crazy because I was flirting with the enemy,” he said, “but I’ve always been good friends with the auction houses. My father [the storied London dealer John Kasmin] did the first ever contemporary art sale at Christie’s in New York, and my daughter is now working at Sotheby’s in London, so I’ve always had these friendships.”

One such friendship is currently on display at one of his Tenth Avenue spaces (293 Tenth Ave., through March 4) in the form of the exhibition “Naturalia,” a collaboration with Sotheby’s Old Masters Department guest curated by novelist Danny Moynihan and including contemporary artists like Louise Bourgeois, Walton Ford, and Damien Hirst alongside such old masters as Albrecht Durer, Jan Breughel the Elder and Charles Hippolyte Aubry.

“I like making exhibitions,” Kasmin said, “and I want people to see them—that’s what gives me my raison d’etre. So I’m building my brand, but then you’ve got to know how to attract people to look at it.”

To that point, Rob Weisberg, Invaluable’s CEO, who also participated in the interview — and who claims that Invaluable reaches three million unique visitors a month globally and generated more than $300 million in total sales in 2016 —argued that “the fact that we can notify you that a small regional auction house, gallery, or dealer in Germany, the UK, or Australia has this piece you’re looking for,” and that “you can buy it without ever having to make a call [or] leave your home” amounts to an “unprecedented” level of exposure and access.

It’s too early to gauge how effective Invaluable is in generating gallery sales through its recent campaign to sign up new recruits, ranging from Acquavella Galleries to ZieherSmith.

“We’ve been in the past listed with Artsy, and we didn’t make a single sale,” said Lucas Zenk, the director of Chicago’s Stephen Daiter Gallery, specialists in Modern vintage prints and also representing contemporary photographers. “We signed up with Invaluable in December and we’re still working on putting all of our content that we want to upload to list. They ran a special to entice people to join and the price is cheap enough for us to throw our hat in the ring and list one of our contemporary artists.”