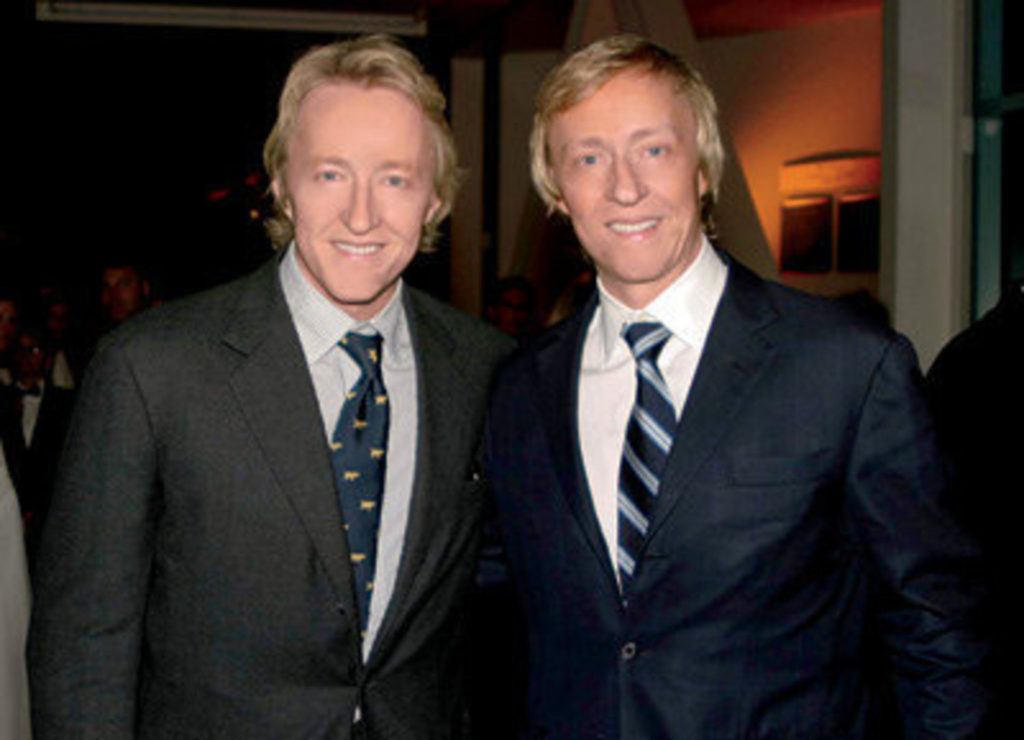 Leslie B. Keno, Sotheby’s senior specialist and director of business development for American furniture and decorative arts, is rarely at a loss for words. But caught between hearty sips of takeout soup from the auction house’s rooftop café one fall afternoon, the dapper regular on PBS’s “Antiques Road Show” gnawed on a question about his ardor for Americana.

Americana is a handy term that covers just about every imaginable collectible one might find in an American home (or barn) from, say, 1660 (the so-called Pilgrim era) to 1845 (the so-called Empire period). Webster’s dictionary defines the term even more broadly: “Materials concerning or characteristic of America, its civilization or its culture.” In any event, Americana is a gigantic umbrella category used by auction houses and antiques dealers to describe American furniture, folk art, portrait miniatures, textiles, pottery, silver, pewter and glass. It’s also a red-hot collecting area for both seasoned connoisseurs and budding enthusiasts who desire an authentic piece of made-in-America history. (The category also includes imported items specifically designed and made for the U.S. market.)

“I love objects, so whether it’s a high boy [a tall chest of drawers] or a piece of early American stoneware, I get equally excited about it,” says Keno. “That’s the nice thing here at Sotheby’s. We have the whole gamut, all the way from Pilgrim, William & Mary, Queen Anne, Chippendale, Federal and Classic.”

The flurry of terms denoting specific historic periods can easily confuse the novice, but a brief consultation with an encyclopedia or informed friend can largely remedy that. Keno promotes continuing education in the field as a lifelong pursuit, and listening to him during an impromptu interview, perched on a hallway bench at Sotheby’s swank York Avenue headquarters in Manhattan, underscores that impression.

Antiques are in Keno’s blood; his mother ran an antiques shop in their home in upstate New York. He began collecting and cataloguing objects (mostly eighteenth- and nineteenth-century wrought-iron hinges and stoneware) as a child with his identical twin brother, Leigh, now a prominent New York dealer in American furniture. Recalling an episode from childhood when the boys found a nineteenth-century colored glass marble near a horse trough on the family’s property, Leslie Keno says, “We convinced ourselves it was left by a man from Mars.” (The Keno brothers recently published a memoir, Hidden Treasures: Searching for Masterpieces of American Furniture, with chapters alternately authored by Leigh and Leslie. The book is rumored to have brought a hefty million-dollar advance.)

Keno says the great thing about Americana, and particularly American furniture, is that “unlike any other furniture field from other countries, we can pinpoint exactly where something was made, sometimes within a five-mile radius.” So instead of descriptions like “eighteenth-century English furniture” or “urban versus provincial,” Keno says, in America “we’re able to say, ‘Hartford, Connecticut, circa 1780.’ When people emigrated here, you had different religious groups settle within close communities, and different styles developed based on where they were from in England or Europe. Distinctive construction techniques [for furniture and decorative arts] were passed on in regions, and even the use of secondary woods [such as pine, poplar or cherry] was treated differently in each period. To me, that’s what makes our field really fascinating.”

The values on these seemingly subtle distinctions can be mind-boggling. In January 1999, for example, one of Keno’s career-topping discoveries, a silver-mounted mahogany secretary and bookcase in the Queen Anne style, fetched a staggering $8.25 million at Sotheby’s. Signed by famed cabinetmaker Christopher Townsend of Newport, Rhode Island, and owned by the French descendants of the original owner, Nathaniel Appleton, the secretary drew the highest price ever paid for any piece of furniture sold at the firm.

The piece had been estimated at $500,000 to $800,000, but subsequent research by Keno and his colleagues before the sale revealed that it was not only signed by the famed patriarch of the cabinetmaking dynasty, but that the solid-silver hinges and hardware were made and signed by Samuel Casey, second in importance among Colonial silversmiths only to Paul Revere. “It was like finding the Holy Grail,” recalls Keno. The dome-top secretary had languished for years in a small Paris apartment until the family decided to sell it.

When asked what draws such a passionate breed of collectors to Americana, the Savile Row-tailored expert — who fly-fishes and vintage-races a 1979 Ferrari 512 BB/LM Silhouette with his brother in his spare time — had a lot to say. “Certainly, I think there’s a certain element of pride,” Keno says. “We don’t have to look over our shoulders to England or Europe for masterpieces or for great craftsmanship, beautiful design and proportion — it is right here on our shores.” Pausing a moment, he adds, “I also think there are certain collectors who love the detective work that you need to do to really collect, especially if you’re collecting for several regions. What makes something made in Boston different from something made in Newport on the same day?”

Though expansive and sharply focused during the interview, Keno was in an overtime mode, juggling details on last-minute consignments for Sotheby’s major Americana sales on January 19 and 20 as well as overseeing the installation of objects for an earlier sale. He was especially excited about the January 19 single-owner sale of American furniture and folk paintings from the storied collection of Andrew Wolfe, who, like Keno, caught the collecting bug as a child going on antique hunts with his grandmother. Wolfe’s widow owns the landmark Richardson’s Canal House Inn at Bushnell’s Basin, New York, where many of the pieces had been displayed over the years.

Chippendales don’t always attract such blue-chip prices. Less stellar examples of Chippendale furniture, such as repaired or inferior pieces, have sold for a fraction of the above prices, such as the $6,270 (est. $700-1,000) that a side chair recently fetched at Sotheby’s New York.

Keno is an adherent of the “do not touch” attitude that dominates the high end of the trade for eighteenth-century furniture; in other words, the closer to its original state a piece of furniture is, the better. Known as the “in the dirty rough” school, it was first championed in the 1940s and ’50s by the late antiques dealer Jesse Patey of Bloomfield Heights, Michigan.

A mysterious game seemed to be in play during exhibition hours for last October’s Americana sale at Sotheby’s. Grown men and women in conservative attire crouched on all fours, and poked powerful flashlights inside drawers and behind cabinets. But it was really a treasure hunt to inspect dovetails or search for special maker marks or labels. Many of the furniture pieces were literally turned (gently) upside down to examine the secondary woods and take into account any repairs, whether recent or long ago. Similar to other collecting fields, Keno points out, the big four factors of quality, rarity, condition and provenance determine the ultimate market price.

“You want to make sure that not only the region’s right but also whether all the parts are original to the piece or if there are some replacements,” cautions Keno. “The stakes are very high.” By example, Keno says a cherry-wood eighteenth-century New England tray-top tea table could be worth $200,000, “but if one leg is replaced, hypothetically it would probably be worth somewhere between $5,000 and $20,000. You really have to get to the bottom of a piece when you’re spending tens of thousands or hundreds of thousands of dollars.”

Alternately, “a piece can sometimes be in multiples of what it might be worth if the finish is absolutely original.” That’s another reason why Keno urges beginning collectors to collect reference books on the subject and subscribe to periodicals like the Chipstone Journal and Antiques Magazine to increase their expertise.

Continuing his how-to pep talk on evaluating works, Keno adds, “You want to ask yourself, ‘How rare is it? Are there three of these pieces or 300, and where are the other ones?’ If 30 of these come up a year at auction, you don’t have to jump at the first piece.”

Condition is critical. “Does it have its original patina [surface] or is it essentially shiny and bright? It’s sort of like an archaeological site that has not been touched. You don’t want to know that there have been five bulldozers that have plowed through the depths of the thing. The patina is like a tape recording of its history.”

Asked if a neophyte would need a fortune to win a work from his upcoming sales, Keno says, “Someone can collect on a shoestring budget, and I don’t think it’s that tough. But as in any business field, I think it’s good to start a relationship, whether it is with a dealer or with an auction-house specialist. Part of our job is to advise buyers — beginners or advanced collectors — and help them narrow down their selections. I find myself saying more and more, ‘This isn’t for you’ than ‘This is for you,’ because there may be a better one coming up in a future sale.”