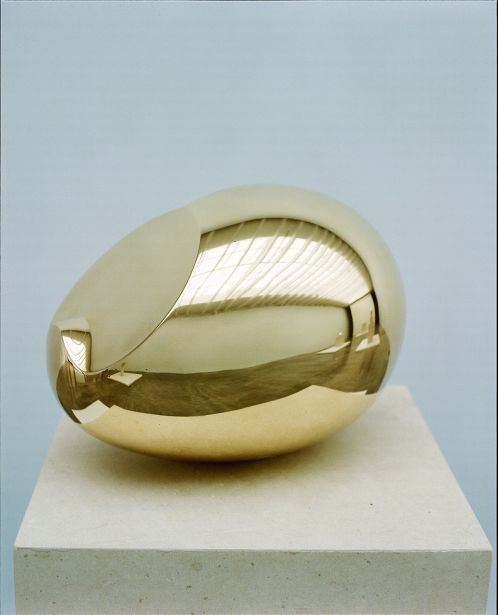 Building on the buzz and goodwill generated by the debut last October of TEFAF New York Fall, which is exclusively geared to fine and decorative art from antiquity to 1920, the current fair embraces the very broad appellation of Modern and Contemporary Art and Design.

The high-profile Dutch fair designer Tom Postma has created a deluxe and almost intimate setting within the Armory that corrals an elite fraternity of top-tier international dealers hoping to tap into the richest zip code in town.

As at the mother fair in Maastricht, tulips abound, as do roving oyster shuckers clad in imported leather aprons. The general mood on Wednesday was also elevated by copious amounts of champagne, smoked salmon, and shrimp dumplings on offer.

The fair opens a day ahead of Frieze New York, the London-import contemporary art fair housed in a grand bespoke tent on Randall’s Island, a rather forlorn place best known as a training ground for New York City firefighters.

If it wasn’t for the imminence of the Venice Biennale, which opens to the public on May 13, TEFAF and Frieze would be rubbing art market shoulders with the major art auctions that typically begin in the first week of May. But the auction houses delayed their season in deference to the Venetian opening-day draw.

That unexpected scheduling change apparently caught TEFAF planners off guard, but it may prove to offer an upside to the fair, with fewer distractions to concentration-challenged collectors.

“I’ve been here two hours, and I’ve gone down one aisle,” quipped Rachofsky. “In all candor, I spend most of my time talking to people. We have Frieze tomorrow and then Venice and then Documenta.” (The Kassel exhibition, whose Athens spinoff is already up and running, opens on June 10.)

That kind of cozily insider vibe is in evidence everywhere at TEFAF New York, which has a very different feel from more garish and giddy art world events like Art Basel in Miami Beach.

Early on, sales results were relatively sparse, though they were clearly building in momentum.

David Zwirner’s three-artist stand of Anni and Josef Albers and Ruth Asawa — whose estate the gallery is newly representing — saw three works by the until-recently underexposed West Coast artist sell for around $2 million in the first hour of the opening.

Asawa’s striking, organic “Untitled (S.531, Hanging Six Lobed, Two Continuous Interlocking Forms)” from circa 1950, executed in iron wire, sold for $1.5 million, while “Untitled (S.175, Hanging Single-Lobed, Four-Layer Continuous Form within a Form)” from circa 1992, executed in copper wire with oxidized patina, went for $400,000. And one of her earliest works on paper after arriving in San Francisco, “Untitled (SF. 042a, printed cork ends)” in black ink from circa 1961-62, sold for $100,000. Asawa, who was interned with her family in an American detention camp during World War II, later studies along with Josef Albers at Black Mountain College in the mid-1940s.

Waterman declined to state the price, apologetically explaining that he had a strict non-disclosure agreement with the client. He was willing to say that fairgoers had expressed interest “in everything in our stand.”

Asked what drew him to the fair, Waterman said, “I wanted to do New York because it was refreshing and so close to the auctions.”

At New York’s Sean Kelly Gallery, the last of Kehinde Wiley’s “Akilah Walker” bronzes from 2015 and cast in 2016, sold for $250,000 to an American private collector. The work, depicting an elaborately coiffed woman, was part of an edition of five plus an artist proof.

Kelly is also staging a stand at Frieze New York, as well as mounting two new exhibitions at his Chelsea North gallery. “I’m leaving for Venice on Monday — just another typical week in the art world.”

Another two-timing gallerist, Milan/London’s Cardi Gallery, featured a solo stand of works by the now somewhat obscure Italian Transavantgarde star Mimmo Paladino, whose triptych in gold leaf and carved wood from 2016 instantly sold to a New York collector for $150,000.

“It’s not only about Alberto Burri and Lucio Fontana,” said Nicolo Cardi, referring to the market power of Post-War and contemporary Italian artists. “There are other, very good Italian artists.”

Back on the sculpture front, New York/London’s Skarstedt Gallery sold a rather scary looking Thomas Schutte head, “Wicht (5)” in patinated bronze from 2006, from an edition of six, for $650,000 to an American collector.

“We really like this mix of design and art, and everyone has brought high quality work,” said gallery partner Bona Montagu. “It’s a good counterpoint to Frieze, and we’re very happy doing both fairs.”

Kasmin declined to name the price, but said that like “most of the ones I sell,” this Brancusi had gone for “between $3 million and $5 million.”

The gallery also sold a lusciously colored purple and yellow abstraction by Lee Krasner, “Untitled” from 1964 in gouache on paper, for $400,000 to an anonymous American collector, and Francois-Xavier Lalanne’s seated “Babouin” in cast iron from a 1990 cast for between $1 million and $1.5 million. The sculpture, in the functional style of many Lalannes, also serves as a decidedly pricey fireplace. The logs are gratis.

The fair runs through Monday.