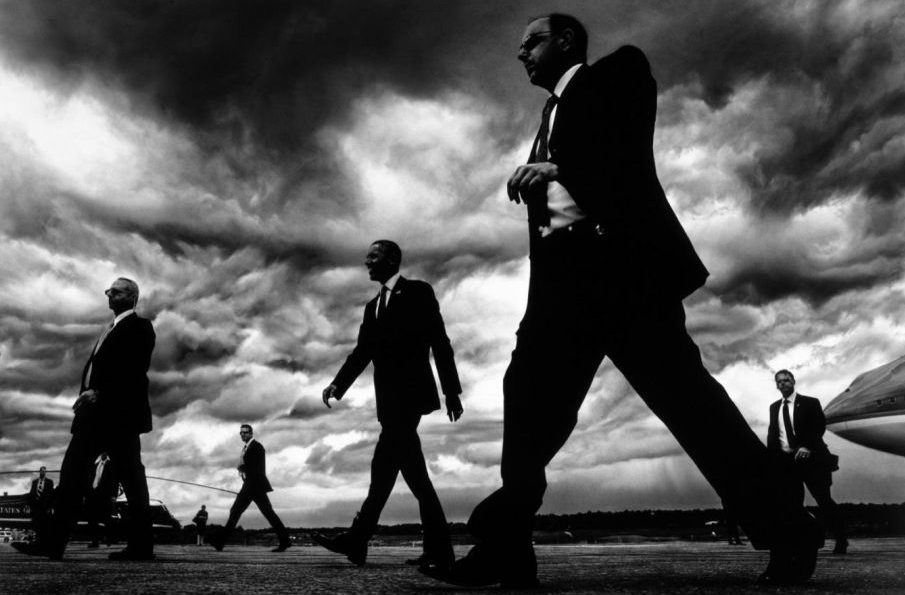 The sixth edition of Frieze New York, set up in a gigantic, bespoke white tent on Randall’s Island big enough to accommodate more than 200 hand-picked galleries representing some 31 countries, opened to a festive V.I.P crowd on Thursday.

The fairgoers were overwhelmingly American, with seemingly few Europeans mixed in, in part perhaps because of the later-than-usual scheduling of the season’s contemporary art auctions, which normally happen in early May but this year were moved to the week of May 15, to avoid conflicting with next week’s opening of the Venice Biennale. The change forced some overworked art market followers to choose between jetting into New York for TEFAF Spring and Frieze New York and waiting for the modern and contemporary art sales.

“There were shockingly few Europeans,” said the Paris/Salzburg/London dealer Thaddaeus Ropac, a veteran of the fair. “It was very surprising and I don’t know what it means.”

Luckily, Ropac added, “the Americans carried it easily, and we sold to people we know.”

Ropac, who also has a stand this weekend at TEFAF Spring 2017 at the Park Avenue Armory, characterized that new fair as “very elegant,” while Frieze New York, he said, is “younger and dynamic, just the right mix of people and art.”

It seemed that way as he listed a number of early sales, including a show-stopping Robert Longo, “Untitled (Obama Leaving)” from 2017, executed in charcoal on mounted paper and measuring 70 by 70 inches, which depicted the departing President striding across an airport tarmac surrounded by a security detail. It sold for $550,000.

Ropac was also open about a work didn’t sell on the first day, Yan Pei-Ming’s eerily realistic head-shot portrait, “President-Elect Trump” from 2017. “The Trump is not sold.”

“I can’t think of any non-American sales,” said Glenn Scott Wright of London’s Victoria Miro Gallery. “Everything has gone to the States.” That included a remarkable wall-hugging display of Do Ho Suh’s “Exit Series” from 2016, comprised of polyester fabric and stainless steel wire set in artist-crafted display boxes in eight vignettes, which sold in the mid-six figures, according to Scott Wright. “From where we’re standing, the market feels very strong,” he said.

While primary market material is the bread and butter of Frieze New York, older works are starting to make headway here, in what amounts to a kind of Frieze Masters Lite for the contemporary crowd.

That was true, for example, at San Franciso’s Wendi Norris, which staged a solo presentation in the fair’s “Spotlight” section of the abstract-surreal painter (if such a thing exists) Peter Young, a one-time New York artist striver who exhibited with storied dealer Richard Bellamy before escaping to the tiny town of Bizbee, Arizona.

For another “Spotlight” presentation, Philadelphia’s Fleisher/Ollman has dedicated its booth to the superb outsider artists Felipe Jesus Consalvos, a Cuban-born cigar roller who made extraordinary collages, à la Jess but years earlier, and fantastically festooned objects in his spare time.

Accidentally discovered by a museum curator at a yard sale in 1982, the works have slowly become known, and on Thursday Consalvos’s “Untitled (Cigarmaker, Credator, healer & an),” comprised of mixed media collage on an L.C. Smith manual typewriter, sold for $20,000, while three of the artist’s collage-filled books sold in the $6,000-8,000 range, all to an otherwise unidentified American museum.

“He’s a 21st century techie with the skills of an old master painter,” said Nicholas Acquavella of Loeb.

The gallery had yet to get a bite on its stunning centerpiece painting, Miquel Barcelo’s churning “Fuerte Marejada (Rough Seas)” from 2003 in mixed media on canvas, which carries a $4.75 million price tag.

Stier will have her first Levy Gorvy New York solo in September.

Price points were all over the place, from the low four figures to the mid six figures, with the occasional seven-figure sale adding extra drama. Anish Kapoor’s wall mounted fiberglass-and-pigment sculpture “Void” from 1990 sold in the region of its £1.2 million asking price at Lisson Gallery of New York/London/Milan, and “Ascension,” a wall-hanging assemblage from 2014 by Ghanaian sculptor El Anatsui, in aluminum and copper wire and measuring 113 by 124 inches, sold at New York’s Jack Shainman for $1.1 million.

On the lower end, Josh Sperling’s jaunty and organically shaped abstraction “Strong Silent Type (Teal)” from 2016, scaled at 66 by 48 inches, sold immediately at the Paris/New York/Hong Kong/ Seoul Galerie Perrotin for $12,000, and three other similarly priced works also went fast, including “Three Sheets to the Wind,” from 2017 and executed in acrylic paint, canvas, plywood and hardboard.

“It’s a very good start of the fair,” said Emmanuel Perrotin, who is building out a huge new space on Orchard Street on the Lower East Side.

There was also market-affirming action at the Berlin/London/Los Angeles gallery Spruth Magers, as a major new work by Los Angeles legend Lynn Foulkes, “Night Train” from 2016 in velvet, acrylic, photograph and found objects on canvas, scaled at 71 by 80 inches, sold for $320,000.

The gallery also sold ceramic works by Rosemarie Trockel, including two from her series “As the Weird Woman Promised,” and Zero Artist Otto Piene, at €45,000 each.

Los Angeles gallery David Kordansky sold out its brutally frank stand of new paintings by the Iranian-born, Los Angeles-based painter Tala Madani, currently a standout in the Whitney Biennial. All of the ten paintings dating from 2017, executed in oil on linen, sold at prices ranging from $22,000 to $110,000, according to size.

“We’ve spoken to a lot of curators here, and collectors,” said founding partner Wendy Olsoff. “We do a lot of fairs and we have to move around the world to see curators and build on conversations that come to fruitful results. We curate the booths for curators. It’s like an old fashioned — as in antiquity — Greek marketplace, where people can go and meet.”