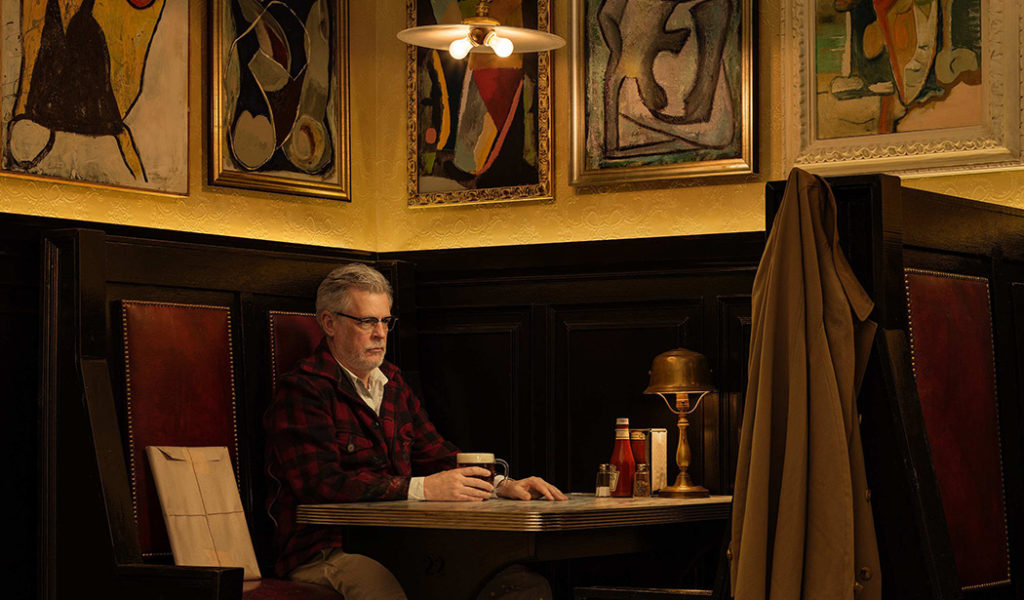 Day two of Art Basel maintained the brisk pace set the day before, including several major sales of installations in the stand-alone Unlimited venue. One of these was Louise Lawler’s politically explosive “Helms Amendment,” which went for around the $1.6 million asking price at Geneva’s Blondeau & Cie. Produced in 1989 and composed of 94 identical black-and-white framed photographs of a drinking cup, together with six vinyl texts on a gray-painted wall, it was inspired by the 1987 amendment to a government spending bill, passed in the U.S. Senate by a margin of 94 to 2 with 4 abstentions, stipulating that none of the funds in the bill could be used to “provide AIDS education, information, or prevention materials and activities that promote or encourage, directly or indirectly, homosexual sexual activities.” The names of the senators who voted for the amendment and the states they represented are printed on the mat below each cup.

Among the other installations, Mike Kelley’s 1989 “Reconstructed History,” composed of 50 pages of worn-out schoolbooks defaced with sometimes pornographic graffiti, doodles, and notations, went for $1.5 million at Skarstedt Gallery, of New York and London, while Alicja Kwade’s 2016 “Out of Ousia,” consisting of a two-sided concrete wall, a double mirror, and a large piece of glass, along with other elements, was sold for €250,000 to a French museum through the tripartite representation of Gallery 303, Konig Galerie, and Kamel Mennour.

Inside the main fair, Blondeau & Cie sold Albert Oehlen’s Abstract Expressionist 1996 “Freier Stress” for around $1.5 million and Jim Shaw’s 2004 “Untitled (Monster Face #2),” in acrylic, ink and oil on paper, for near the $25,000 asking price. At London’s Hazlitt Holland-Hibbert, four 1965 signed and dated Bridget Riley works on paper, each measuring 19 ¾ by 25 ¾ inches, brought £150,000 apiece, while Sean Scully’s early but already authoritative 1981 abstraction “Enough” went for around $1 million

New York’s 303 Gallery had a very full day. Four variants of Doug Aitken’s 2016 glitzy, marquee-like “Free,” made of high-density foam, wood, and mirrored glass, went for $300,000 apiece, while all four of Rodney Graham’s 2016 editioned self-portrait “Artist in Artist’s Bar, 1950’s,” composed of a painted-aluminum lightbox with a transmounted chromogenic transparency, sold for $275,000 each. Alicja Kwade’s 2015 sculpture “Force,” made of carved granite, steel, and an I-beam, was bought by a European collector for $85,000, and Sue Williams’s 2000 “Fling and Fuss,” an oil and acrylic on canvas measuring 82 by 132 inches, went for $175,000. On the emerging art side, the gallery sold Marina Pinksy’s trompe l’oeil “Plein Air (Yolk Color Fan),” an egg tempera on a shaped panel incorporating the artist’s handmade rabbit-skin glue and marble dust medium, for $10,000. “Pretty much everything that sold went to either European or Asian collectors.” said Lisa Spellman, 303 founder and director. “We had families or private foundations buying from Beijing, Hong Kong, and Shanghai.”

Blue-chip sales continued at New York’s Van de Weghe Limited, which sold two 1983 paintings by Jean-Michel Basquiat, for $4 million and $5.5 million, to a German and an Italian collector. (The gallery declined to provide more details about the works.) And Hauser & Wirth, of New York, London, Zurich, and Hong Kong, sold a major work by Brazilian Concretist Lygia Pape, who died in 2004 at age 77. The 1963-1976 “Book of Night and Day,” comprising five rows of 35 variously shaped acrylic-on-wood objects, brought $2.8 million.

At Zurich’s Galerie Gmurzynska, works by Robert Indiana, Yves Klein, and Kurt Schwitters sold at prices ranging from $500,000 to $2 million, according to gallery partner Mathias Rastorfer. “We did the new normal,” said Rastorfer: “You make some sales at the beginning and then it develops over the week. It’s a more reflective, slower pace.”

With the new Tate Modern extension’s grand opening party in London tonight turning Basel into a temporary ghost town, the action may be put on hold till the upcoming weekend.