Healthy sales back the confident mood at Armory 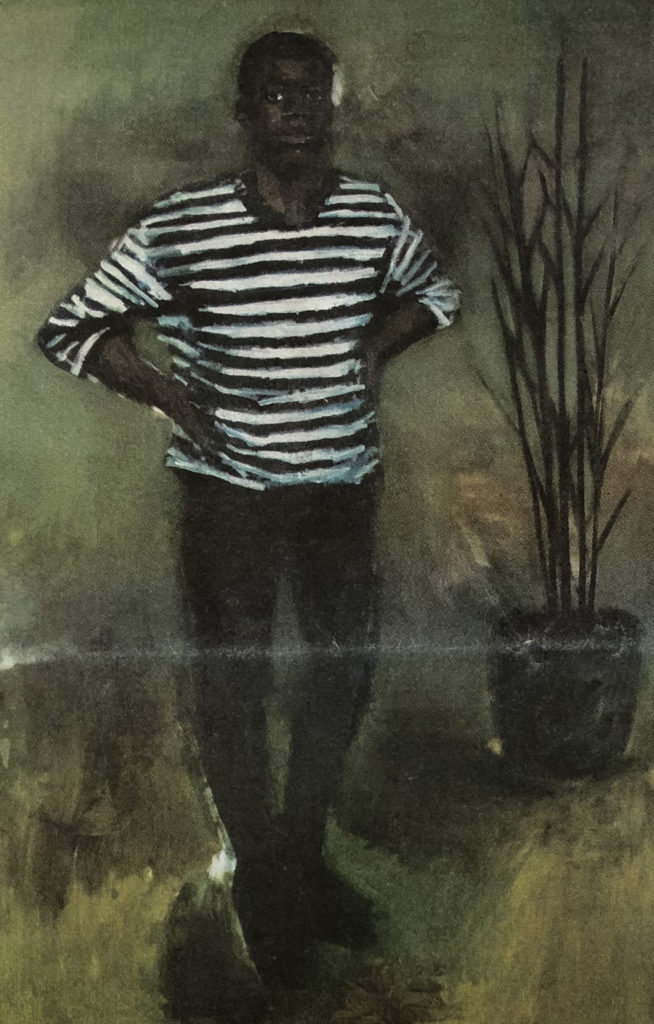 “There WAS A period several years ago when the very future of the Armory was openly questioned,” said Noah Horowitz, The Armory Show’s executive director, during an interview just prior to the open-ing. “It had grown too large and the overall experience and structure of the fair really was not up to standard. We’ve done an enormous housecleaning, so to speak, over the last two years.”

The makeover seems to be gaining traction, both by the looks of the improved exhibitors’ list and overall fine tuning, from a curated “Armory Focus: China,” to a more fluid physical connection between the segregated Modern and Contemporary sections. As Horowitz sees it, “Having access to the New York market, despite the inarguable globalization of the international art trade, remains of paramount concern for the modern. and contemporary art community.”

As one would expect in this bubbly market, there were sporadic bursts of transactions in the very opening hours of the V.I.P. view. In the Contemporary section, Paris/Salzburg Galerie Thaddaeus Ropac sold an American collector Tony Cragg’s funhouse mirror reflecting freestanding sculpture, “Distant Cousin,” from 2008, in 1,250 kilograms of stainless steel, for $1 million and Tom Sachs’s 56-inch tall cut-out, painted plywood sculpture, “Untitled (United States),” from 2014, for $200,000.

“We showed here years ago,” says Thaddaeus Ropac, “but grew unhappy with the fair. We’ve come back now with ambitious material and feel there’s a new energy now.” The selling beat was brisk at New York’s Jack Shainman Gallery. Kerry James Marshall’s “Ecce Homo,” from 2008, an acrylic on PVC panel painting depicting a black male T-shirted figure adorned with a chunky gold necklace and silver monogrammed bracelets that look like luxury handcuffs, sold for $175,000. The gallery also sold another figurative work, Turner Prize nominee Lynette Yiadom-Boakye’s “2 PM Salamanca,” an oil on canvas from 2013, for $60,000. “It’s a very viable fair,” says Jack Shainman, as he waved in greeting collectors of various standing, “and there’s top people all around.”

That was evident as Miami super-collector and philanthropist Martin Margulies entered the stand. The seasoned collector noted with humored irritability, “I can’t pick one fair from another; it’s like going to a shopping mall.” There were other twinges of art fair fatigue syndrome mixed in with true commerce as Monika Sprüth of the London/Berlin dealership Sprüth Magers rather brutally observed, “Fairs are a disaster, yet we try hard not to be a disaster. We had this great idea this time to do only black and white works so it makes us stand out.”

In that black and white vein, the gallery sold Rosemarie Trockel’s glazed ceramic wall piece, “Ubung” (Practice), from 2011, resembling a shiny and partially open corrugated cardboard box, for €110,000, as well as a large-scale wool painting with Plexiglas frame, “Untitled,” from 1986, for €650,000. Louise Lawler’s “Keeping Yourself,” from 2007-08, a Cibachrome face mounted to Plexiglas on museum board with the image of an Ed Ruscha painting at auction, number three from an edition of five, sold for $40,000.

Of younger artists, Whitney Biennial newbie Ken Okiishi’s work at London’s Pilar Corrias Gallery was a big hit as eight of his untitled, robot assisted paintings behind Plexiglas sold at prices ranging from $8,000 to $17,000. “His work is really about what it means to make art,” says Pilar Corrias: “There’s nothing emotional about it. They’re made by a
robot shooting paint at canvas.”

At New York’s Eleven Rivington, a one-person stand devoted to the jazzy, high-keyed work of Aiko Hachisuka, five soft sculptures sold, including “French Pants,” from 2014, comprised of silkscreen on fabric and stuffed Oldenburg style with foam. That piece sold in the $7,000 range, ironically to a French collector liv-ing in Belgium. “What I see,” observes storied New York collector Hubert Neumann, “is an extension of what is the new cool gestalt. There’s less photography and more painting. It’s very impressive to see how flexible and adaptable the gallery system is.”