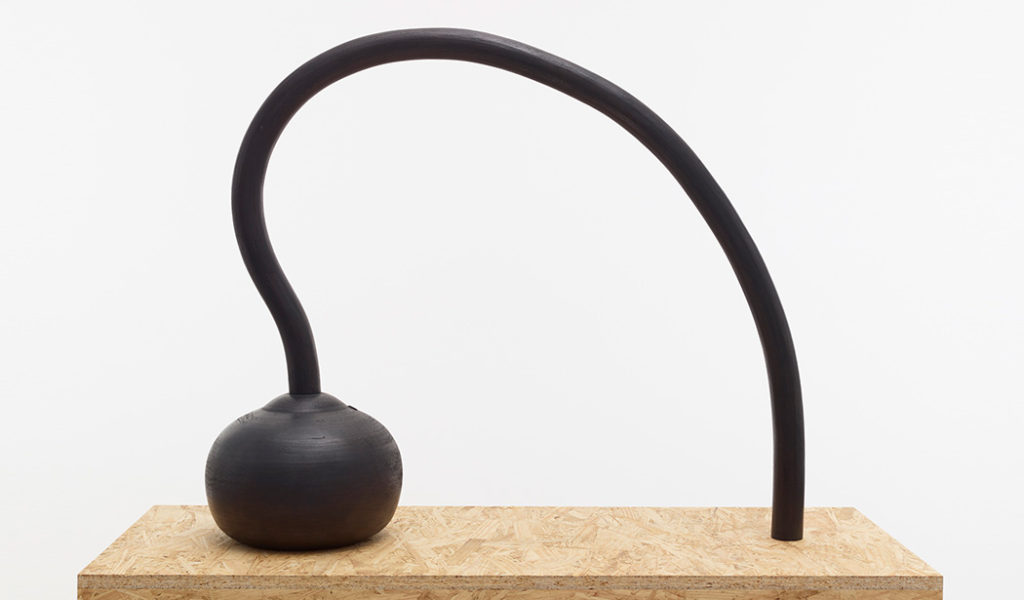 In the midst of a growing perception of a softening or quieting global art market, the Fifth International Exposition of Contemporary & Modern Art, aka Expo Chicago, held at that city’s lakefront Navy Pier from Sept. 22 to 25, realized a fair number of sales among the 145 exhibiting dealers.

A stunning and rare-to-market abstraction by Alma Thomas, “Untitled (for Vincent)” from 1976, at Washington D.C.’s ConnerSmith, sold at the opening on Thursday for $475,000.

The widely exhibited painting, in a medley of charged colors, was dedicated and given to collector Vicent Melzac, the onetime CEO of the Corcoran Gallery, who famously engaged in a fist fight with the museum’s director Gene Baro at a gala opening there in 1972.

“This is our second year here,” principal Jamie Smith said on Friday, noting, “Thursday was very good, Fridays are always slow and we’re looking forward to the weekend.”

There were a trio of sales at the New York and Los Angeles gallery Matthew Marks, including a petite and brilliantly executed campaign button from an edition of 12 by Robert Gober, “We don’t want Eleanor Either” from 2012 — a play on virulent anti-FDR sentiments in 1940 — that sold for $45,000. The gallery also sold a handsome and fluidly abstract Martin Puryear sculpture, “Lock” from 2010, cast in bronze and mounted on an artist-crafted wood pedestal to another private collector for an undisclosed price, and a ravishing editioned piece by Ellsworth Kelly, “Red Panel” from 1982, which floated serenely on the white wall, also for an undisclosed price.

“People don’t take great care of them,” said senior director Jacqueline Tran, referring to the delicate Kelly from an edition of nine. “And this one is in pristine condition.” She wasn’t kidding.

The increasing shyness of some exhibitors to share market information seems to reflect a more sober, batten-down-the-hatches mood, one shared by private buyers or consignors who sometimes insist on a fire wall in disclosing sale prices.

That seemed to be the case at New York and London’s David Zwirner Gallery, which was tight lipped about prices for works it sold, including photographs by William Eggleston from “The Democratic Forest” series dating from circa 1983-1986 (the gallery will mount an Eggleston solo next month, celebrating its world-wide representation of the artist); recent and early work by Yayoi Kusama; a work on paper from Ad Reinhardt from 1945; a painting by Bridget Riley from 1980; photographs by Wolfgang Tillmans; and a recent Lisa Yuskavage painting.

“It’s not a new policy,” said gallery spokesperson Julia Joern. “For secondary market works, it’s at the request of the consignors.”

In frothier times, reporting, even briefly, on art fair transactions without a price point would rarely reach publishing standards, but hey, this might be the norm for a quieting art market.

There was also market action in the lower-to-upper-five-figures range — $15,000 to $85,000 — at Chicago and Berlin’s Kavi Gupta Gallery, which sold primary works by several gallery artists, including Tony Tasset’s boldly colored “Arrow Painting 55” from 2015 in oil and aluminum and measuring 42 by 66 inches; Manish Nai’s “Untitled” compressed wall relief abstraction from 2016 in dyed jute and scaled at 66 by 48 by four inches; and McArthur Binion’s Minimal yet content-rich “DNA: White Paintings IV” from 2016, in oil paint stick and paper on board and scaled at 36 by 48 inches. Binion’s solo exhibition, “Seasons” opened on Friday at Gupta’s West Washington Boulevard gallery.

Gupta also sold elaborately staged large-scale color photographs by Mickalene Thomas, including “Calder Series 2” from 2013 from an edition of five.

“She’s just very compelling on the wall,” said Richardson. “We’ve probably sold six of these pieces at prices ranging between $6,200 and $8,400.” Richardson was referring in part to Muholi’s “Nolwazi II” (Nuoro, Italy)” from 2015, an archival pigment print from an edition of seven that features the artist in enhanced and darkened skin and an elaborate hairdo signifying a one-time Apartheid practice of sticking pencils in the subject’s hair to determine what color classification they would have.

The fair closes on Sunday at 6 PM, eleven days before the next major art fair test begins across the pond at Frieze London on October 6.