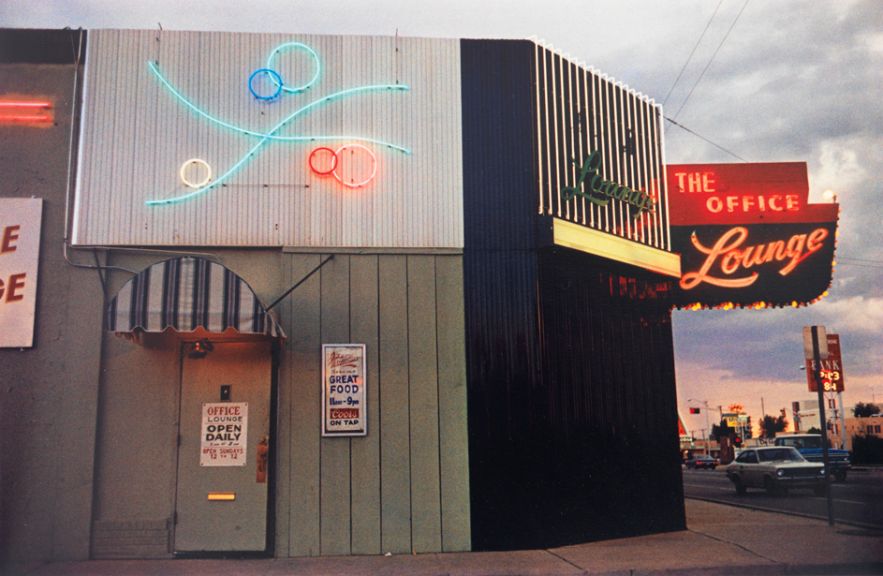 The fifth edition of Frieze New York, bivouacked in a giant, bespoke tent on Randall’s Island Park, a choppy East River boat ride away from Manhattan, opened to the V.I.P. crowd on Wednesday, bringing with it a great and stormy air of uncertainty.

Questions seemed to float in the air: Has the art market hit a turbulent bump? Is the bubble time over for contemporary art? Is it appropriate to declare, as Jim Morrison of the Doors wailed, “This is the end”?

At first glance, none of the above seemed in evidence, and while the atmosphere inside the natural light infused tent seemed uncommonly peaceful, sales started promptly at the 11am opening and continued with some measured gusto throughout the day.

That was certainly the case at Berlin/London/Los Angeles Spruth Magers, as Thea Djordjadze’s striking installation,” Tickle the Sketch” from 2012, comprised of a cascading wall, mounted carpet, and a trio of furniture-like steel components, sold to a private European foundation for $65,000.

Spruth Magers also sold photographs by Bernd & Hilla Becher, “Water Towers” from 1967-80, a group of nine silver gelatin prints, for €135,000, and other industrial themed single images by the late duo for €20,000 apiece.

Passing by any number of noted American collectors and sometime dealers during the fair’s first hour or so elicited some unforgettable commentary. As Connecticut-based dealer David Rogath observed, while stopping for a moment at the Hauser & Wirth stand with Philip Guston on view, “It’s not yet time to do the vulture buying, but I’m waiting.”

It seems most everyone is waiting for the market to crash or at least correct itself to a lower and more manageable volume. It just doesn’t seem to be happening as yet.

Then again, Frieze New York is mostly primary market grade, fresh out of the studio work, with a bit of higher end, secondary market works on offer, such as the stunning James Rosenquist painting, “Highway Trust” from 1977 and measuring 60 by 144 inches, at Acquavella Galleries, that could be yours for $2 million.

The painting is based on a newspaper article Rosenquist read about a construction worker in Texas who found out that his wife was having an affair with a friend, and then filled the guy’s car with cement.

In Rosenquist’s interpretation, the cement becomes a kind of luscious pudding filling the car’s road hog interior; there are even two tiny wheels at the bottom of the frame to convey that it’s a moving image.

Frieze seems at its best with newer and mostly modestly priced work, as was the case at New York’s James Fuentes Gallery, which featured 15 small-scaled oil on canvas and tempera on cotton on panel paintings by the young British artist (way post YBA) Benjamin Senior, which sold at $6,000 to $12,000.

One of the larger versions works, a 32 by 39 inch painting, “Green Parasols” from 2016, featured a lively street scene from Brixton, the artist’s neighborhood, including a flea market array of objects planted on a sidewalk as a hip-hop-style dressed mother and child pass by with their opened parasols. The painting sold quickly for $12,000.

Executed in plein air style, the works are fresh yet evoke in part references to socially conscious figurative painting from the 1930s.

In that same youthful vein, London’s Maureen Paley sold a 2016 wall covering titled “Wardrobe Door” by the 27-year-old Brazilian artist Paulo Nimer Pjota. Measuring 100 7/8 by 78 ¾ inches and comprised of acrylic, spray paint, brick pigment, pencil and pen on canvas and iron plate, the work went for $24,000. It was Pjota’s debut here after a US first at the Independent in March. He also shows at Mendes Wood DM in Sao Paulo, another exhibitor at Frieze New York.

“There’s a lot of logic to this fair and there are great people here,” said Maureen Paley. “They’re discerning and know what they’re looking at and it’s very refreshing.”

Back on the blue chip trail, New York/London Skarstedt Gallery registered several early sales, including Richard Prince’s slim, 38 7/16 by 18 5/8 “Untitled (Protest Painting)” from 1994, executed in acrylic and silkscreen on canvas, laid down on board. It sold to a European collector for $650,000. George Condo’s fresh from the studio, Picasso-eque “2 People Looking at each other” from 2016, scaled at 84 by 82 inches in acrylic and oil pigment on canvas, sold to another European, for $650,000.

“Six-fifty is the magic number,” said gallerist Per Skarstedt, “and the crowd here is unbelievable, both collectors and curators.”

“Still,” the dealer observed, “people compare prices and walk around checking — it’s not the frenzy you felt a year ago. People are still buying, for sure, and it feels pretty solid.”

That seemed to be the case at Antwerp’s Zeno X Gallery, as an otherwise unidentified figurative oil painting on panel by Michael Borremans from 2013 sold for $230,000, as did a Borremans’s drawing from 2015, for $80,000.

The gallery was also featuring work by New York artist Jack Whitten, who recently joined Hauser & Wirth. One of the artist’s larger abstract works in acrylic on canvas, “Bessemer Dreamer II” from 1992, was on hold for an American museum, according to the gallery.

Whitten, looking spry and elegant in a sport coat, unexpectedly walked into the stand with some of his family and looked around. Asked about being an artist paraded on the art fair circuit (or circus), Whitten said, “By now we’re all used to it — it’s all part of the whole scheme. What can you do? It’s part of the business of art today.”

A room of his works will go on view this Friday evening at Hauser & Wirth at 511 West 18th Street.

The heady mix of primary market and some classically oriented offerings made for a rich viewing experience, played out in part at New York/London Dominique Levy, where a menacing and rather large-scaled Gunther Uecker aluminum nail composition measuring 60 ¼ by 78 ¾ inches, “Kreis Kreise” from 1987 and hammered in lacquer, pigment, and nails on canvas, sold for approximately $1.25 million, and a storied David Hammons video, “Phat Free” from 1995/1999, an installation with surround sound and featuring the artist’s noisy “Kicking the Can” solo, sold for under $200,000.
In the mélange of solo artist presentations, New York’s Alexander Gray installed a stunning display of Mel Edwards sculptures and works on paper, including a sturm und drang wall of the artist’s searing “Lynch Fragments” series, with several of the welded steel works finding notable buyers at $75,000 apiece, including “Freedom Fighter” and “Maintain Control,” both from 1992.

At New York’s Paul Kasmin Gallery, a suite of six freshly created, super realistic watercolors by Walton Ford depicting a historical incident in 1933 at the Zurich Zoo, when a female black panther escaped captivity, sold at asking prices ranging from $400,000 to $700,000.

Another solo effort was deftly pulled off by the figurative painter Lisa Yuskavage at New York/London David Zwirner, with a sizzling quartet of new paintings created especially for this Frieze event and flaunting the artist’s expanding interest in landscape and architecture.

In that private institution’s rapid fire and already storied style, Yuskavage’s full-figure nude facing the viewer in a kind of barn-like environment with a fireworks display of color illuminating the aged wood backdrop, will be shown this summer in Shanghai in an all-female artist exhibition.

Wang Wei, the director and co-founder of the museum she and her husband, Liu Yiqian, opened in 2012, came to Frieze, met the artist, and acquired the work.

It doesn’t get much better than that.