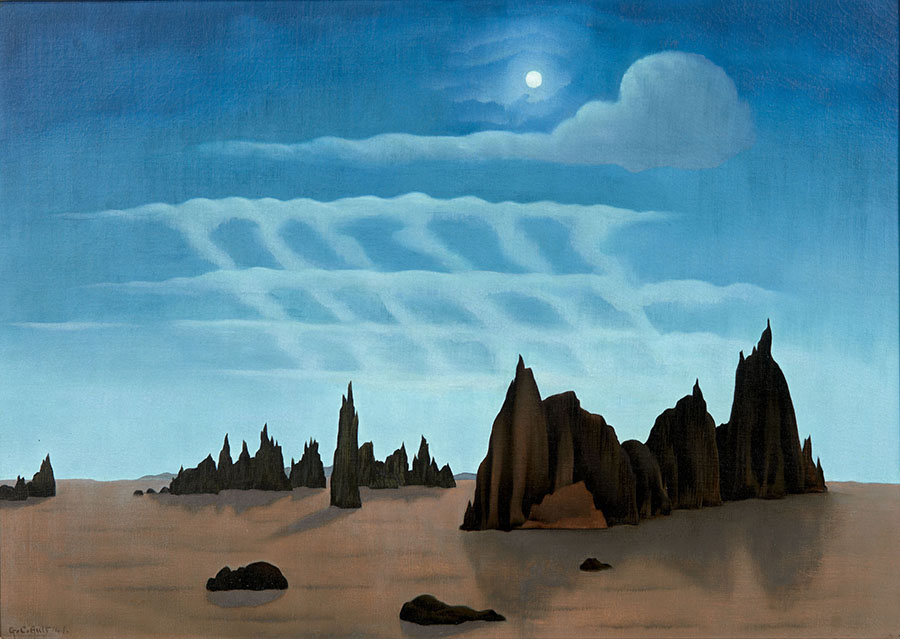 The Art Show, the Art Dealers Association of America’s 30-year-old fair on the Upper East Side staged its VIP benefit and gala opening for the Henry Street Settlement on Wednesday evening, a feel-good event well-stocked with drinks, canapés, and plenty of air-kissing.

Art commerce was quiet in those early hours, mostly due to rampant socializing among patrons willing to pay anywhere from $175 to $2,000 to parade around the landmark interior of the Park Avenue Armory and view work by about 70 exhibitors. 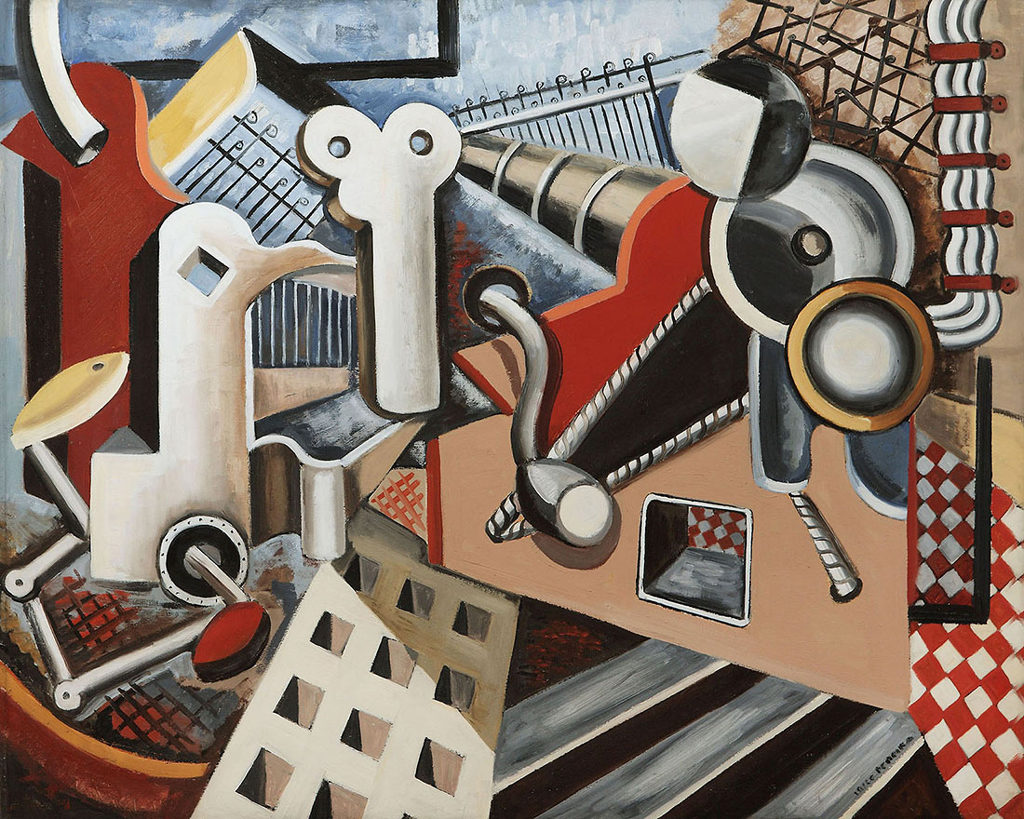 By chance, hanging directly across the aisle from Boos’s stand, at New York’s Meredith Ward Fine Art, was another Pereira, Congress (Monument II), 1938, measuring 30 by 40 inches, which sold for under $100,000. The juxtaposition was rather startling, as if the two paintings were engaged in a fierce “who blinks first” contest.

Ward described the painting, which bears anthropomorphic, machine-like figures floating in space, as “Machine Age abstraction with a touch of Surrealism.” She also noted a characteristic of this year’s fair that perhaps reflects a positive aspect of these uncertain times: “It seems like people are not so afraid of lesser-known artists and are enjoying the excitement of discovering it,” she said. “There’s less emphasis on household name artists and that makes this fair fun.” 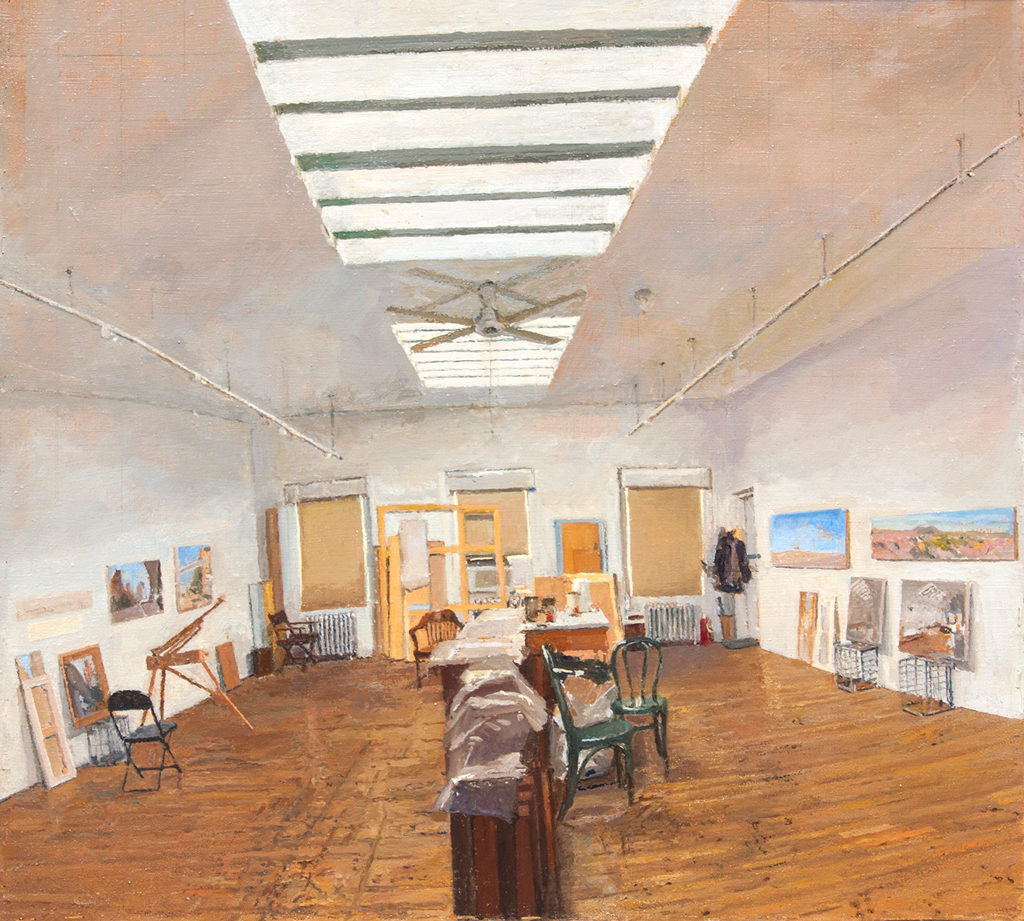 That sentiment fit the single-artist presentation at New York’s Betty Cunningham Gallery, where realist paintings by the 79-year-old Rackstraw Downes were on view. Two oil on canvases sold straight away: Demolition and Excavation on the site of the Equitable Life Assurance Society’s New Tower on 7th Avenue and 52nd Street (1983), which carried an asking price of $175,000, and Study with Two Skylights (2017), of the artist’s Manhattan studio, which had an asking price of $125,000.

Downes works almost exclusively on site and outdoors, so the studio interior showing recognizable works, including some featured in the stand, was especially illuminating. Rackstraw Downes: A Painter, a new film by Rima Yamazaki will be screened in the Armory’s Colonel’s Room on Saturday at 5:30 p.m.

An emphasis on solo presentations infused the Art Show, which runs through Sunday, with a slower, more in-depth experience than is typical at art fairs.

That was certainly the case at New York’s Pavel Zoubok Fine Art’s presentation of heavily ornamented mixed-media works by Thomas Lanigan-Schmidt, who showed in the 1980s with Holly Solomon Gallery, when Pattern and Decoration artists ruled that dynamic roost, and had an exhibition late last year at Howl! Happening. 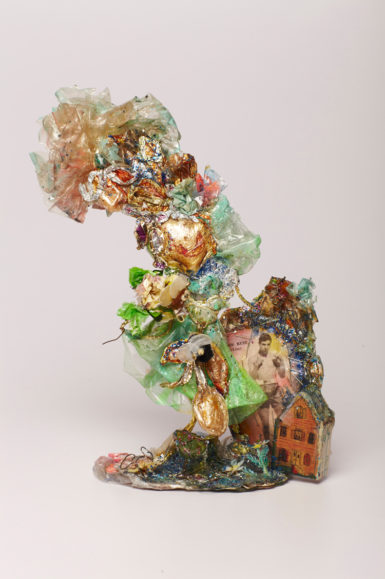 Zoubok sold three works to an unidentified American art museum, including one of the artist’s wildly ornate towers, The Romantic Reality of Proletarian Constructivism (1985–86), executed in foil, wood, plastic wrap, pipe cleaners, tinsel, staples, Magi Marker, plastic beads, plastic bottles, plastic packaging, and found objects. Zoubok declined to state the price, but said that comparable towers at that scale would be priced at around $50,000. Also part of the deal was a smaller work including acrylic floor shine and linoleum, Allegory of the Stonewall Riot (Statue of Liberty Fighting for Drag Queen, Husband and Home), 1969, its referring to that pivotal event for gay liberation, in which the artist participated.

The atmosphere at the stand of New York’s Michael Rosenfeld Gallery brought the viewer back to a previous time and century with a stunning array of religious and landscape paintings by the ex-patriate African-American artist Henry Ossawa Tanner (1859–1937), the artist’s first exhibition in New York in 50 years. 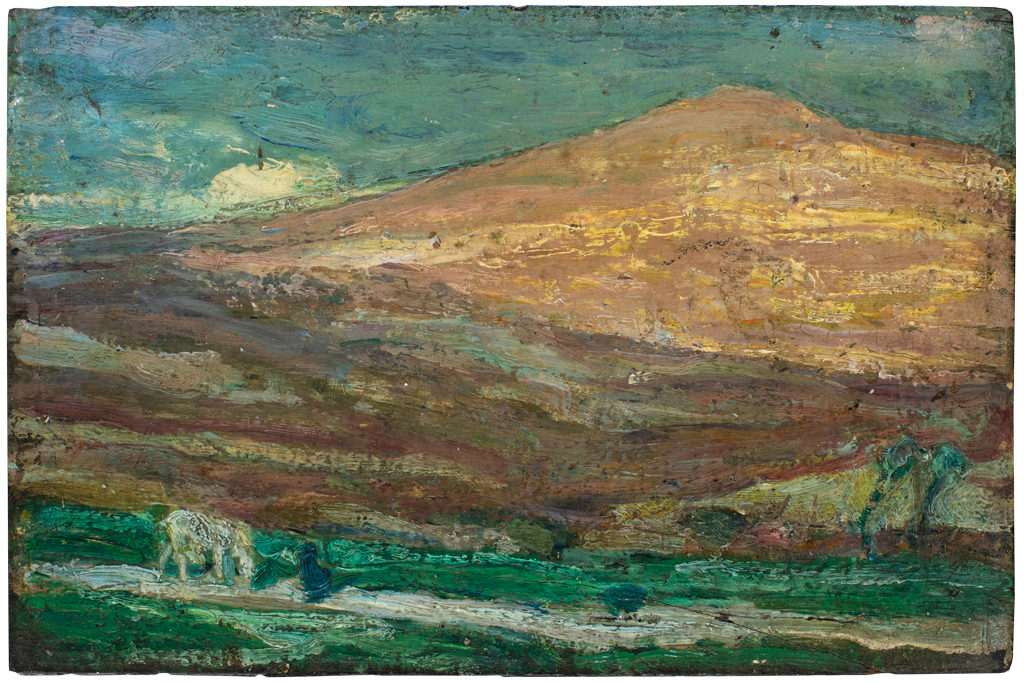 A pair of Corot-like beauties, Edge of the Forest (Bois d’Amour), circa 1893 and just 7 ½ by 10 ½ inches in scale, and Hills of Jerusalem (circa 1908), executed in oil on board, sold for approximately $125,000 each. Tanner’s iconic Sodom & Gomorrah, which he painted in Paris circa 1920–24, and which was owned by the Metropolitan Museum of Art but deaccessioned sometime in the 1950s, also sold, though at an undisclosed price. The auction record for a Tanner is ridiculously low at around $550,000. He is an American master.

There was a touch of Old Master vibration at New York’s Jill Newhouse, in a curated stand titled “Eugene Delacroix and 21st Century Art,” featuring an eclectic mix of yes, Delacroix , but also Peter Doig and Cecily Brown. Newhouse sold a delicately detailed Delacroix pencil on paper, Academic Male Nude, from circa 1817, for $15,000 to a contemporary art collector scoring his first Old Master work.

A number of the were two-gallery collaborations, including the mighty partnership of Fraenkel Gallery, from San Francisco, with David Zwirner, of New York, London, and Hong Kong, which together mounted the killer combination of Diane Arbus photographs and Alice Neel paintings.

Though the two New York artists apparently didn’t know one another, “they were pounding the same psychological beat,” said Jeffrey Fraenkel, who represents the Arbus estate. ‘They both weren’t shy about approaching strangers on the street and (later) telling them to take off their clothes. This is a very rich connection between these two artists.”

Identical Twins, Roselle, NJ (1966), arguably one of Arbus’s most famous images, presented here in the form of a vintage print from the Arbus estate being shown publicly for the first time since the artist’s death in 1971, had a strong reserve in the high six figures, according to Fraenkel. 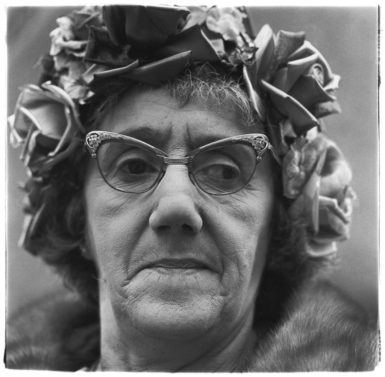 Diane Arbus’s Woman in a rose hat, N.Y.C., 1966, in the joint booth of Fraenkel Gallery and David Zwirner, at the 2019 ADAA Art Show. ©THE ESTATE OF DIANE ARBUS

Paintings by Neel on the stand ranged in price from $500,000 to $1.8 million, and included a full-figure portrait of the artist’s daughter-in law, Virginia “Ginny” Neel, who curated the current exhibition of the artist’s nudes at Zwirner in Chelsea. “We have a pretty serious reserve on the painting,” said gallery partner David Leiber, “and we’re optimistic.”

In his first exposure with Hauser & Wirth, and New York to boot, the Italian artist Roberto Cuoghi’s showed a remarkable installation of underwater creatures, including SS (XCIP) c/m/l, which sold for $120,000. The pair of crabs mounted on a cedar platform was an alchemical recipe of ceramic, porcelain, and marble.

Speaking of living creatures, though at a higher price point, New York’s Mary-Anne Martin Fine Art had on view a reproduction of Frida Kahlo’s astonishing self-portrait Itzcuintli Dog with Me (1938). The actual work was being offered by the gallery for $30 million, easily the highest-priced item available at the fair. Regrettably, the painting itself is currently on loan to the Dallas Museum of Art. It would have been a treat to see the real thing.