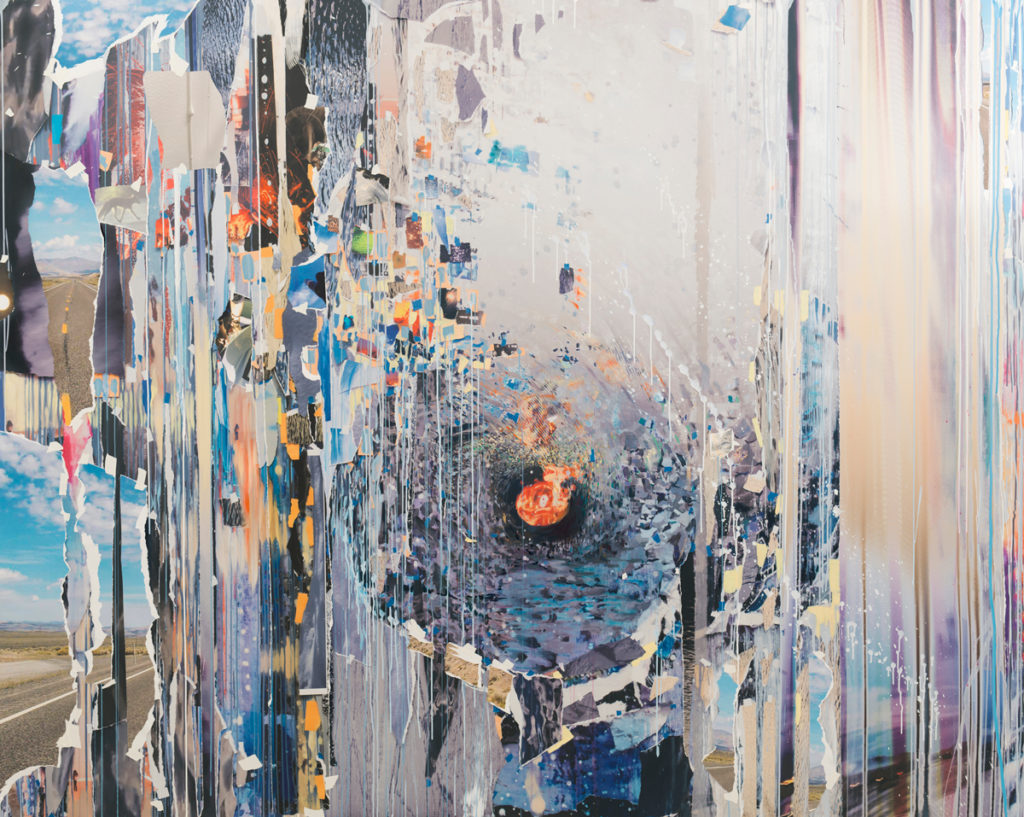 Despite rising fears of a Hard Brexit fogging up London, the art world entered the sunny bubble of Frieze London in Regent’s Park for its VIP outing on Wednesday as if all were tippy top. After torrential rains on Tuesday, the sun decided to shine on Frieze’s bespoke white tents, providing brilliant light to the acreage of mostly new paintings and sculpture in the precinct of Frieze London, the younger and hipper of the two Frieze fairs (the other being Frieze Masters) on offer through Sunday.

Sales began briskly at the opening 11 a.m. bell at Los Angeles’s David Kordansky, who was showing a stand of new paintings by Angeleno Ivan Morley. Three of the seven sewing-machine-woven abstract works, made of thread and ink, went in the opening minutes, at prices ranging from $40,000 to $85,000. The colorful and lushly textured paintings convey a kind CoBrA sensibility, but they are enticingly fresh. By the end of the day, all had been sold.

At Galerie Thaddaeus Ropac, of London, Paris, and Salzburg, multiple sales took place early. Elizabeth Peyton’s Kiss (2019), an oil-on-board reprising a passionate scene from the 1995 film The Bridges of Madison County with Meryl Streep and Clint Eastwood, sold to an Asian collector for $575,000. That offering paired nicely with the artist’s opening of 40 works at London’s National Portrait Gallery (“Aire and Angels”), which involved her having free rein in the museum to cherry-pick works to show from its collection—the first time such an opportunity was given to an artist. 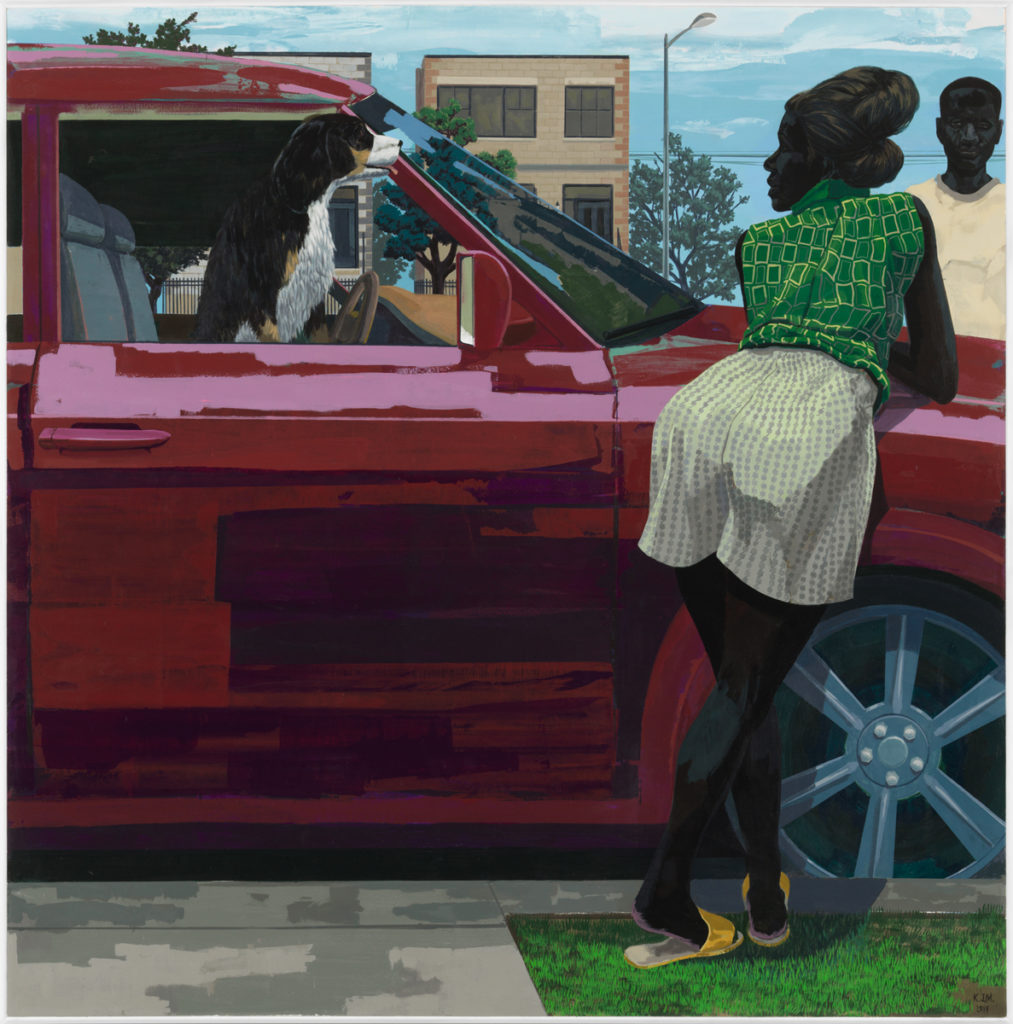 Moving to David Zwirner gallery (of London, New York, Hong Kong, and, very soon, Paris), Turner Prize nominee Oscar Murillo’s huge abstraction Manifestations (2018–19) sold for $400,000, while Chicago star Kerry James Marshall’s Car Girl 2 (2019) sold to an American museum for $3.8 million. Marshall’s idyllic scene presents a black woman outfitted in a sleeveless blouse and patterned shorts as she leans against the shiny hood of a car, with a cocker spaniel looking expectantly out the open passenger-side window. But the woman’s gaze is directed elsewhere, to a man standing across the street—love is in the air.

At Hauser & Wirth, a late Philip Guston figurative painting, The Arm (1979), sold in the region of $5 million, and a mixed-media composition, A Molded Pool of Stories, by Mark Bradford—whose solo at the gallery’s location on Saville Row just opened—sold for $3.4 million.

Paintings also took a ringside seat at London/New York/Shanghai enterprise Lisson Gallery, where four new and ravishing grid-styled abstractions by Stanley Whitney were priced from $350,000 to $450,000. The largest, the horizontal The Space of Possibility (2019), measures 8 feet by 10 feet. Three of the paintings went to unidentified museums.

Though three works by Joyce Pensato were displayed alongside Whitney’s in Lisson’s booth—in what was supposed to be a two-person collaboration between longtime friends—the recent passing of Pensato upended that plan, and none were for sale. Nearby, at New York’s Jack Shainman Gallery, a small but exquisite print by “Soul of a Nation” star Barkley L. Hendricks captivated this viewer: Icon for my Man Superman (Superman never saved any black people, Bobby Seale, detail), 2009, is just 14 by 11 inches. Several from the edition of 50 (plus 25 artist’s proofs) sold at $12,000 apiece.

An untitled 50-by-50 inch archival pigment print by Carrie Mae Weems, part of her storied “Kitchen Table” series, sold at $72,000—number two from an edition of three with one artist’s proof.

Price points were also easy at New York’s P.P.O.W Gallery, with seasoned figurative painter Judith Linhares’s Gaze (2019) going for $30,000. “It sold to someone new who we didn’t know,” said gallery co-founder Penny Pilkington, a wished-for happenstance for any dealer.

Among the gaggle of young and hotly-sought-after artists, Tschabalala Self had a triptych series of portraits—Black Joy 3: Smirk, Black Joy 4: with yellow bone, Black Joy 5: with Large Teeth—sell instantly for $75,000 from London’s Pilar Corrias. The current Self solo show at Corrias has already sold out, with eight works priced from $85,000 to 120,000. Further evidence of Self’s status appeared in a buoyant auction of contemporary art at Phillips on Wednesday, where her 2015 collage-on-canvas Florida sold for £275,000 ($338,200), more than quadruple its high estimate of £60,000 ($73,800).

he pleasant stroll across the park to Frieze Masters became the art world’s Appian Way today, amid a scrum of strollers and joggers oblivious to the less graceful march of VIP fairgoers. Entering the Masters tent, one almost immediately felt a change in atmosphere, with the volume a notch or two below the din of its sister fair and an older and more conservatively dressed crowd. 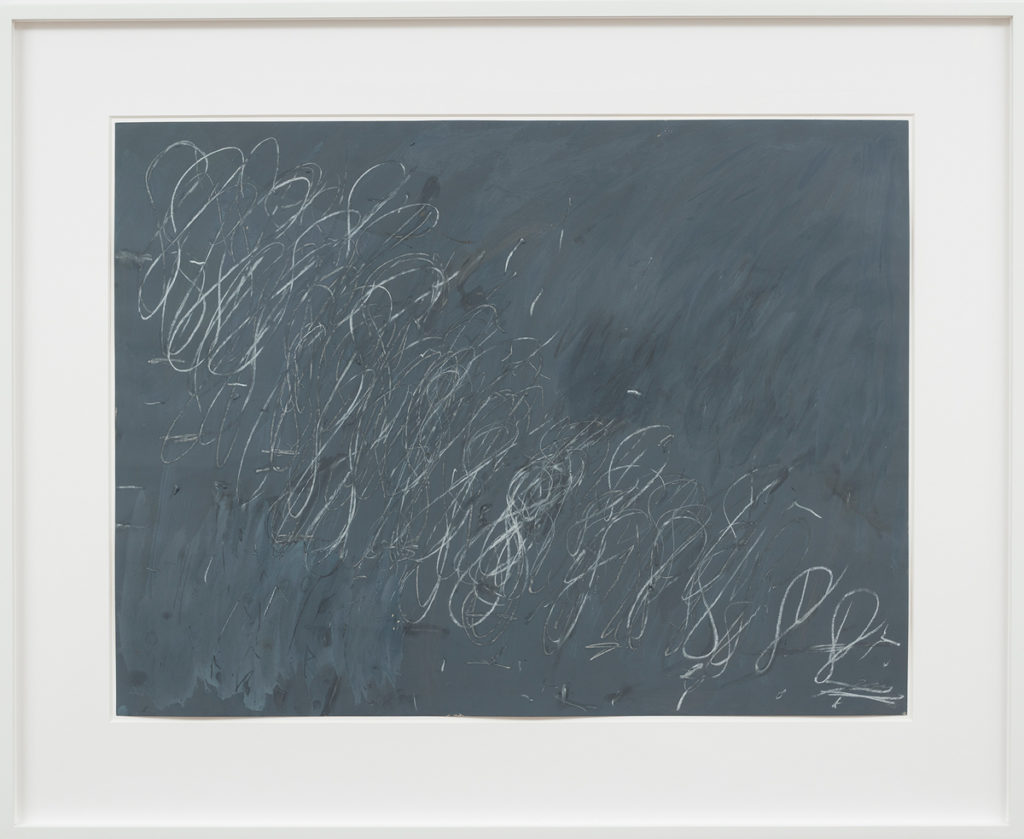 Meanwhile, two advisers with a client entered the booth and sealed a deal for a stunning Keith Haring fiberglass vase for $1.2 million. The roughly 40-inch-high vessel, with its blazing yellow and black stripes, was wildly alive with Haring’s markings, a kind of catalogue raisonné of his rich vocabulary including the radiant child, barking dog, spaceship, rotary dial telephone and multiple somersaulting figures.

Next door (well, the next booth over), New York’s Acquavella Galleries showed off a brilliant Jean-Michel Basquiat painting, The Ring (1981), that bears a so-far-untouchable $16 million price tag. Still, Basquiat’s boxer—poised in dreadlocks with upraised arms and outfitted in polka-dot trunks—exudes victory.

Another Basquiat, this one an untitled work from 1986 scaled at 30 by 22-and-a-half inches, was already sequestered in the backroom of New York’s Van de Weghe Fine Art, having sold to a European client in the region of its $2.2 million asking price.

Hauser & Wirth (doing double duty in both fairs, like rivals Zwirner and Gagosian) offered a postwar mélange of Italian painters and a single and sublime 1968 Cy Twombly work on paper, Untitled (New York City), in oil, chalk, and gouache. The 30-by-40-inch piece sold for $6.5 million, the highest price so far gleaned from the two fairs.

London and Milan’s Moretti Gallery, sharing a Frieze Masters stand with Hauser & Wirth, sold the 15th-century tempera-on-panel painting Christ at the Column, by the Master of the Straus Madonna, for €200,000 ($219,200).

The Old Master selection at Frieze Masters was a relatively skimpy affair, though one stand, for London’s Trinity Fine Art, drew a crowd to its hushed and darkened interior with Sandro Botticelli’s somber but spectacular portrait of the 15th-century scholar and poet Michael Tarchaniota Marullus, priced at $32 million. 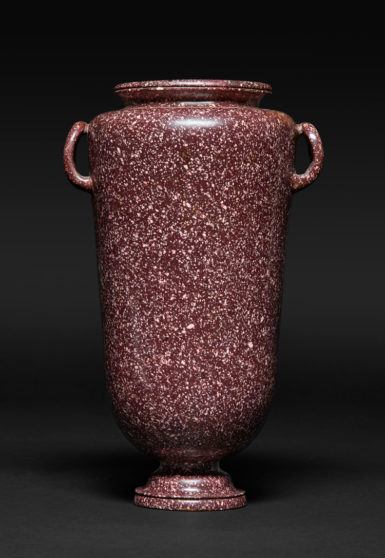 There had been no takers yet for the Botticelli, though there was little price resistance for the sublime Egyptian red porphyry “vase with two handles,” just 13 inches high and dating from the Roman Imperial period of around the 1st or 2nd century—it sold at London’s Colnaghi stand for a very high six-figure sum.

There are truly some masterpieces here, though the air feels a little thin.