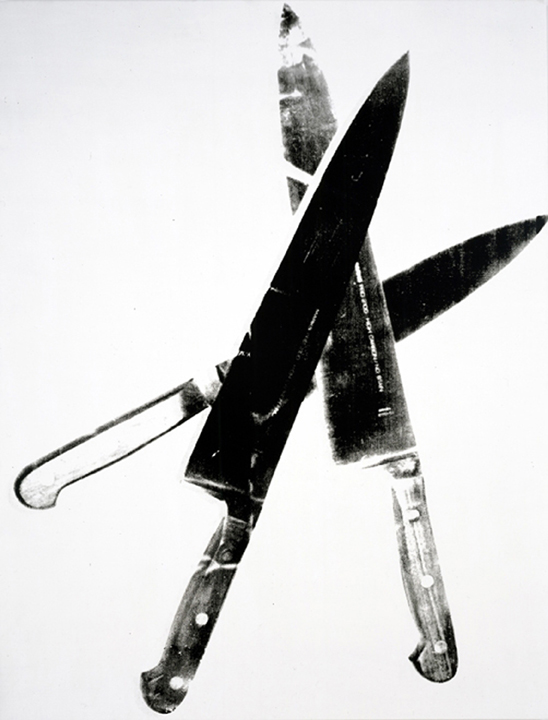 On Saturday, London’s Robilant + Voena sold one of the most expensive works so far noted at TEFAF, as Andy Warhol’s large-scale, 90 by 70 inch “Knives” from 1981-82, executed in synthetic polymer and silkscreen on canvas and blown up from a Polaroid taken by the artist, sold to a European collector in the region of the $3.2 million asking price.

Painted near the nadir of Warhol’s career, the group of three knives was sourced from a Bowery restaurant supply store and brought back to the artist’s studio to be arranged and photographed. The series was first shown in East Hampton, New York, in 1982 at the long-shuttered Castelli-Goodman-Solomon Gallery and this particular work was exhibited in Cologne at the Jablonka Gallery in 1998.

The utilitarian knives, banal a subject as one could think of, at least until Warhol grabbed it and infused his death and disaster aesthetic to bring out the bloody and murderous potential of the long-bladed knives, could have a different, more foodie oriented meaning today.