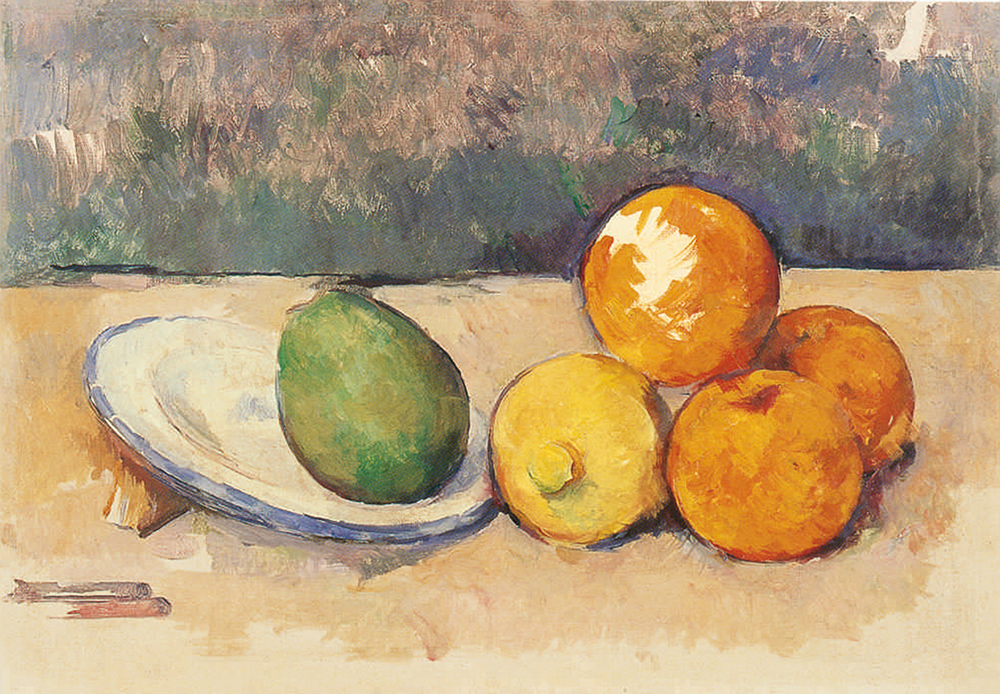 The art market rang up another strong win at Sotheby’s Impressionist and Modern evening sale in New York on Tuesday, tallying $269,718,600 in what appeared to be a buying fest for Asian bidders.

All but five of the 64 lots offered failed to sell for a skinny buy-in rate by lot of eight percent.

On the financial front, twenty-six of the lots were backed by financial guarantees, either partially or wholly by Sotheby’s or anonymous third parties.

Though never before offered in an evening sale in this category due to his relative obscurity, Danish painter Vilhelm Hammershoi’s beautifully subdued “Interior with Woman at Piano, Strandgade 30” from 1901 and included in the artist’s Royal Academy exhibition in 2008, shot to a record $6,211,700 (est. $2.5-3.5 million). 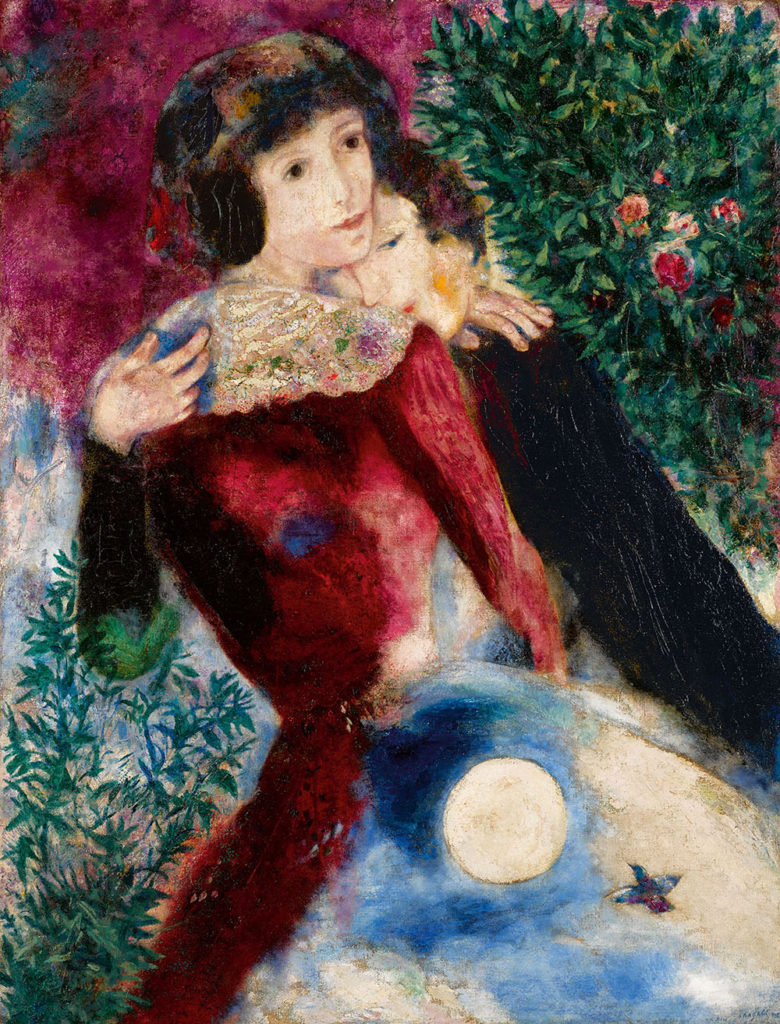 There was no recognition problem with Marc Chagall’s stunning double portrait, “Le Amoureux” from 1928 featuring Bella Chagall in a violet hued dress embossed, or so it seems, with a painterly bird in flight. Bella protectively embraces her husband against a flower bedecked garden paradise. It sold to the telephone manned by Irina Stepanova, Sotheby’s managing director, Russia, for a record breaking $28,453,000 (est. $12-18 million).

The underbidder’s phone line was manned by Patti Wong, Chairman of Sotheby’s Asia.

As the evening progressed Chinese bidding appeared to dominate the highest priced entries, accounting for five of the top selling lots, including another Chagall, the exceptionally large-scaled and multi-figured “Le Grand cirque” in oil and gouache from 1956 that sold to Wong’s bidder for $16,034,000 (est. $10-15 million).

It last sold at Sotheby’s New York in November 1999 for $3,797,500 when it was acquired by Martin Zweig, the New York collector and early hedge fund founder whose estate consigned the painting to Sotheby’s and received guarantees on some of the lots.

Another Zweig highlight, Edgar Degas’s brilliantly composed and widely exhibited equestrian composition, formerly in the collection of John Hay Whitney, “Avant la course” from circa 1882-88, executed in oil on paper and laid down on board in a cradled panel, realized a disappointed $2,415,000 (est. $3-5 million). 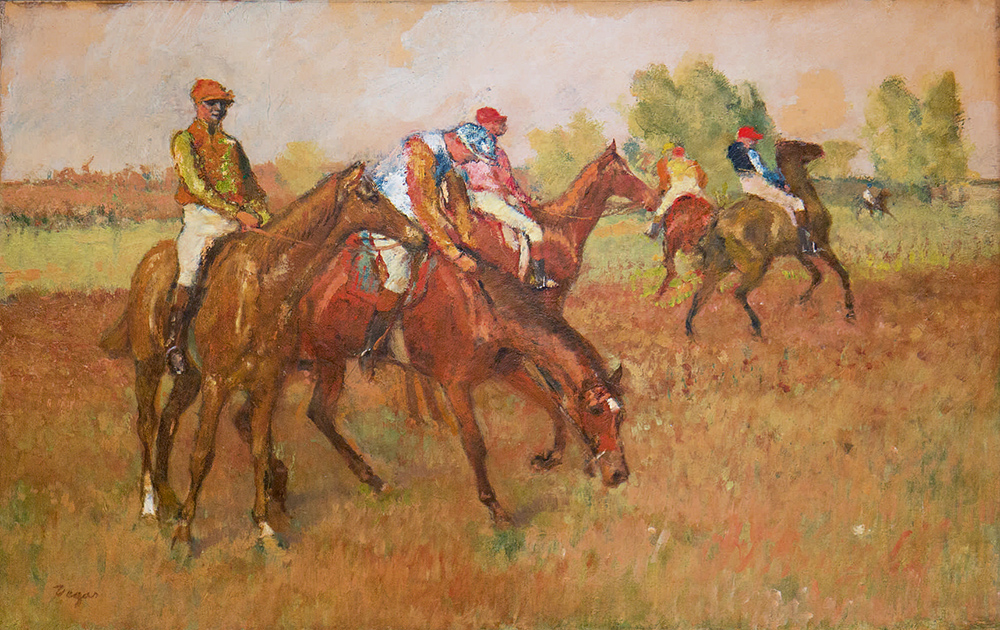 A second Degas, also from Zweig, the intimate “Apres le bain (Femme s’essuyant les cheveux)” from circa 1903, executed in pastel and chalk on paper and stamped (not signed) with the artist’s signature, went for $4,405,300 (est. $5-7 million).

In that same trove, Pierre-Auguste Renoir’s fleshy “Baigneuse (assise)” from circa 1882 and bound for inclusion in the forthcoming Renoir Digital Catalogue Raisonne, sold for $1,695,000 (est. $2-3 million).

The Zweig material, imbued with the collector’s classic taste, serves as a kind of auction primer in terms of how works performed over a span of about twenty years.

For the most part, it didn’t add up to a pretty picture.

Rene Magritte’s late and relatively large-scaled “le Banquet” from 1956-57 served as a palette cleanser to the Zweig entrees, featuring a darkened parkland of trees marked with a blazing, setting sun piercing the center of the 29 ¾ by 47 5/8 inch canvas with a red bullseye.

Sotheby’s didn’t have the operatic range or fire power of top class works that drove arch-rival Christie’s sale on Monday evening to a blistering $479.3 million tally but the house had Claude Monet’s stunning masterpiece and cover lot, “Les Glacons, Bennecourt” from 1893 that sold to Wong’s telephone bidder for $23,372,500 (est. $18-25 million).

It was also backed by a combined house guarantee and so-called irrevocable bid, meaning a third party was involved in the pre-sale transaction.

The painting,  last seen in the Royal Academy of London’s traveling exhibition, “Impressionists in Winter, Effets de Neige” in 1998-99, depicts a panoramic river view of the Seine, one of fifteen works Monet completed during the winter of 1893-94.

Large sheets of broken ice drift downstream and one can observe the river bank line of bare trees glistening with wind tossed snow.

In a warmer vein, Pablo Picasso’s jaunty portrait, “Buste de femme au chapeau” from May 1939, represents a kind of amalgam of the artist’s lovers/muses in the guises of Dora Maar and Marie-Therese Walter. It sold to another telephone bidder for $21,679,000 (est. $18-25 million).

The Picasso was also backed by a so-called irrevocable bid, meaning a third party guaranteed a minimum yet acceptable price to buy the work no matter what happened in the salesroom. In this case it appeared the work attracted a second bidder.

Works on paper played a starring role for part of the evening with “Masterworks from the Diamonstein-Spielvogel Collection,” led in part by Rene Magritte’s beguiling “La Reponse imprevue” from 1963-64, in gouache on paper, and featuring the silhouette or jig-saw bladed cut out of a draped figure in a closed doorway that sold for $2,415,000 (est. $2-3 million).

“The sale seems quite strong, actually,” said Wentworth Beaumont as he raced out of the salesroom to take a call.

That perception was echoed in part by other close observers, including the private New York dealer Mary Hoeveler who took a broader brush and said, “it was just like last night at Christie’s that when fresh and rare, historically important works came up, people are willing to pay for it but when it was lower quality, people were indifferent. The market is much more selective now,” added the advisor who bought a record setting work at Christie’s on Monday evening but declined to identify it, “it’s really a question about the material, not the price.” 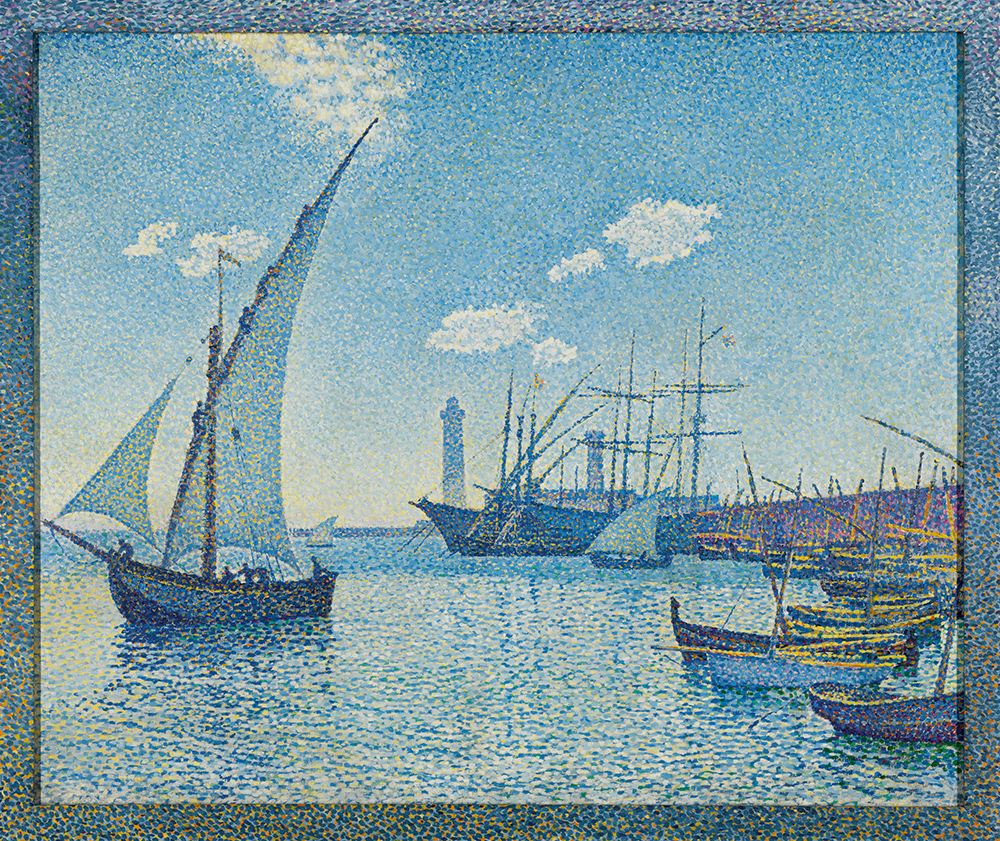